Mom Gets X-Rated Surprise After Ordering Squishy Toys for Son

The mom snagged a 30-piece assortment of squishy toys from Amazon with a special surprise inside – and mom's reaction was priceless. 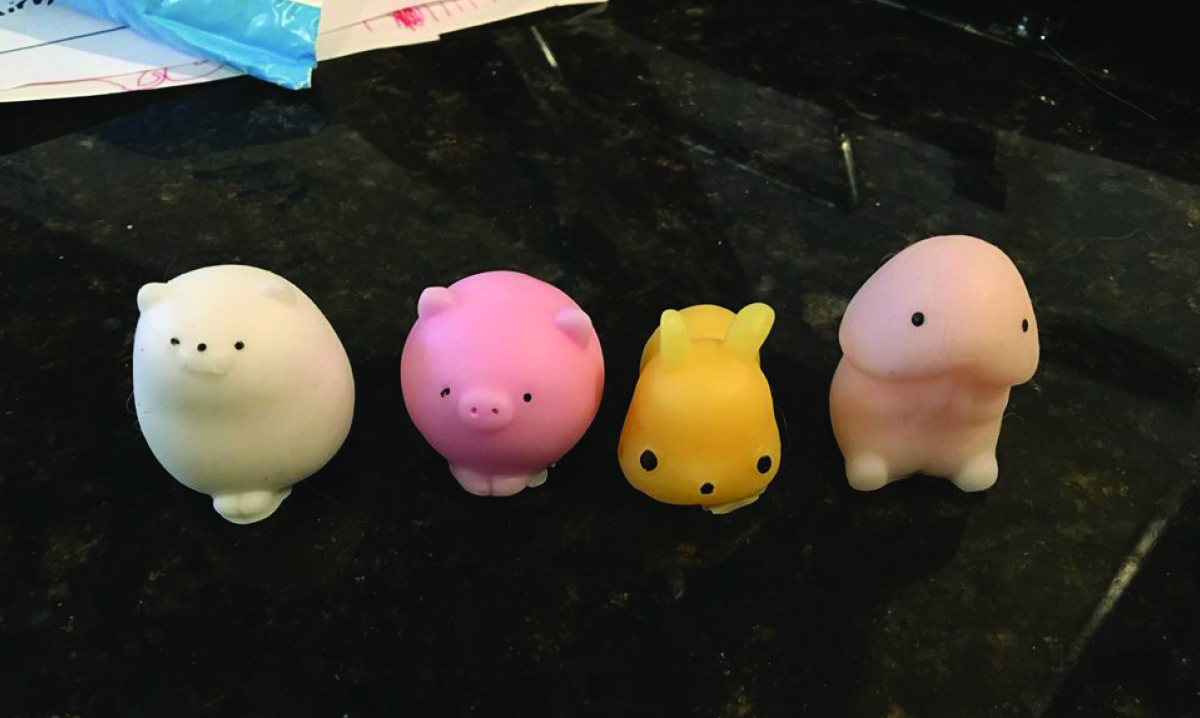 Look at the picture above. One of the items is not like the others. Do you see it? Yes, you’re seeing what you think you’re seeing. That’s a weenie with eyes, and this X-rated delivery came from Amazon.

When mom Susanne Kerns ordered a pack of squishies for her second grader’s treasure box at school, she was expecting an assortment of pigs, panda, kitties and other adorable little toys to squish and stretch. While she did get those things, she also received a penis-shaped squish toy, CafeMom reports.

She discovered the toy as she and her kids – ages 12 and 8 – were going through the shipment, and as she wrote in her Amazon review, “We sorted through the 30 pieces as the kids ‘AWWWWWWs’ became progressively louder and more full of adorableness. ‘AW – This one’s a cute kitty! AWWW – Look at this panda bear! AWWWWWWW – It’s a little piggy!’ And then there was a pause … ‘What animal is this, mommy?'” she wrote.

She ended up telling her kids that the figure was, in fact, a penis – and then her son replied, “That IS a penis! It even FEELS like a penis! THAT’S HILARIOUS! CAN I KEEP IT?!”

He didn’t get to keep it but mom did – and no, it’s not in her nightstand. It’s being proudly displayed on her desk next to her Christmas Story leg lamp. You can read her entire 5-star review here – especially if you need a laugh today.

We’re guessing this was a mix-up, because as you can see from the random 30 pack image, there’s nothing here that resembles a penis. But Kerns definitely received a penis – and it’s not the first one out there. In fact, there is a private Facebook group dedicated The Adventures of DingDing.

This is the sort of stuff that cracks us up – and honestly, we all need to laugh a bit more.

Have you ever received a not-so-kid-friendly shipment from Amazon for your children? Tell us in comments.

In March, metro Detroit's trees are packed with the sugary sap needed to make maple syrup. Learn about the process at these 2022 maple sugaring events.
Read more
At Home