One user on Mumsnet, a UK website for parents, says that two-piece baby bathing suits aren't OK but letting a baby swim nude is fine – and she's completely lost us with that logic. 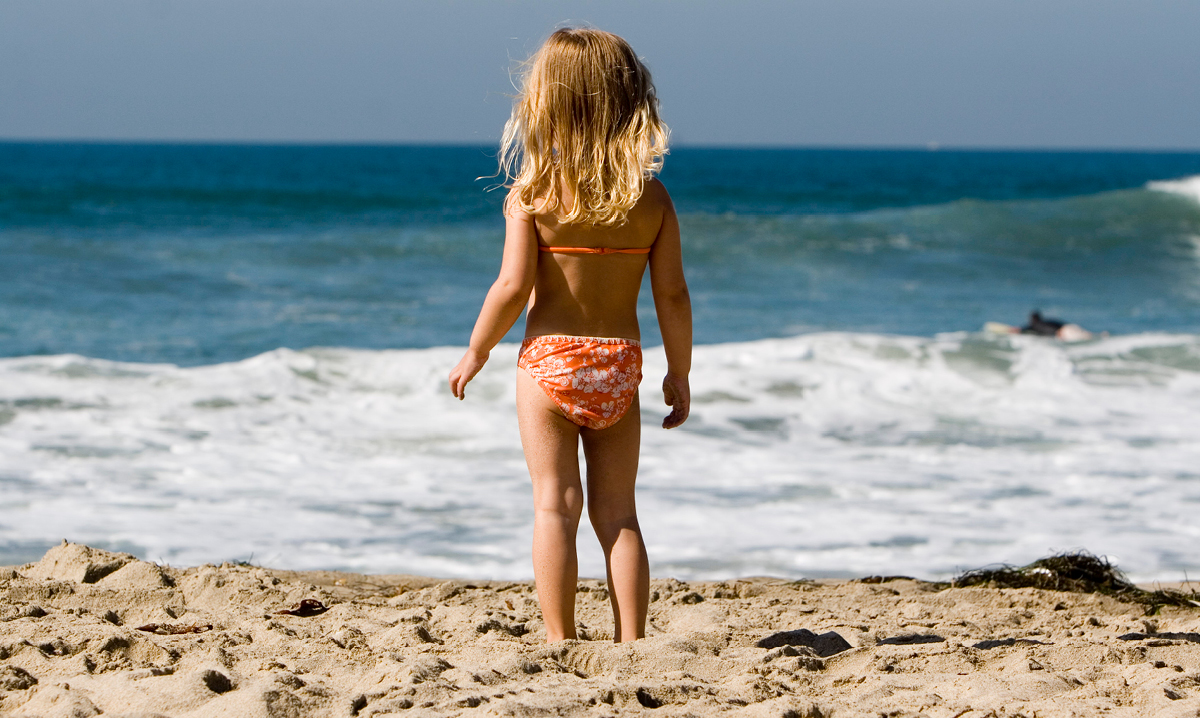 Parents do a lot of weird things – you can check out our Oh Mother section for proof of that – but one thing that we never really considered weird is toddler two-piece bathing suits.

Apparently though, there are some moms out there who find this type of swimwear just wrong – and one of them took to a UK parenting site Mumsnet to express her displeasure with these sorts of suits.

In her post, the unnamed mom explained that she believes that age-appropriate clothing is better than bikinis at the beach and then pondered why parents are trying to turn kids into “mini adults.”

Fair enough, but then she goes on to say that she, “wouldn’t bat an eyelid at a preschool aged child running around naked or in pants.”

Which honestly is kind of confusing since the premise of her entire argument is that these bathing suits are inappropriate and too adult-like. I could be wrong in my assumption, but that leads me to believe that she feels that these suits are too revealing for that age group.

And if that’s what she’s worried about, her logic is totally flawed because you can’t get much more revealing than being totally naked.

Color me crazy but in the age of smartphones and weirdos, I’d be far more worried about letting my kid run around naked at the beach than in a two-piece swimsuit that covers everything that needs to be covered – but that’s just me.

Reactions to the debate ranged from people agreeing that it was weird to put a kid in a bikini to others that said the original poster was being unreasonable and judgmental.

And I’m siding with the latter here. Out of all the things in the world that you could be worried about, you’re tackling toddler bathing suits?

Sorry, but it just seems like another way to mom shame.

What do you think of toddler bikinis and is this concern legit or hogwash? Let us know in the comments.