Mom Sends Package Filled with Trash to Her College Son 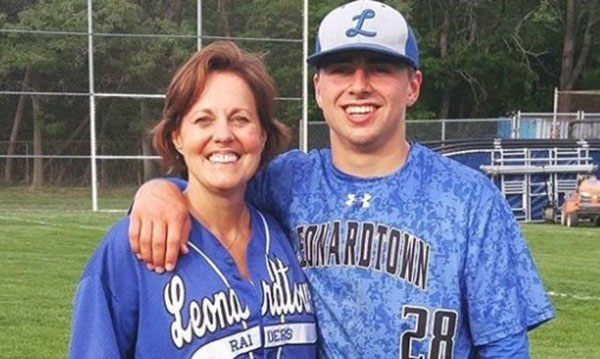 Every once in a while, a mom comes along and I think, “I aspire to be that kind of badass mom someday.”

And I had that moment recently when I read about a Leonardtown, Maryland mom who sent her son a bunch of his trash in the mail.

When 18-year-old Connor Cox was home from college for winter break, he was told that he needed to carry out his normal duties and chores, which included taking out the trash.

But when the teen neglected to do that, his mom, Terri, decided to mail it to him in the form of a care package when he returned to school at Westminster College in Pennsylvania.

Cox shared a photo of his box of trash on Twitter. “Thought my mom was sending me a care package … but instead she sent me a box of trash I was supposed to take out,” he wrote alongside the image.

“And not only did Terri dump the contents of his trash can into the box, but she also gathered all the trash she could find lying around his room and added it to the box as well,” Teen Vogue reported.

Some people don’t seem to think it’s that funny. Take commenter Sandra Suarez on BuzzFeed News, who finds mom abusive and adds, “If she had taught him well, the room would never have had trash all over it. No sympathy for this mean spirited woman.”

Other commenters, like Paige Kendrick, see the humor in mom’s delivery. “This is awesome. Mama is a savage hahahah.”

Honestly, I definitely see the humor in this and want to give this mom major props for her creativity. It’s one thing to call and scold your child for not doing his chores while he was home, but she took things to another level with her care package.

It turns out that the teen actually hid some trash in his clothes drawers, too, according to BuzzFeed News. Perhaps that little admission will lead to another special care package from mom.

What do you think of this mom’s care package? Tell us in comments.

The Hindu Festival of Colors happens on March 8. Enjoy this celebration of spring at home with these fun ideas.
Read more
Macomb County Education

From kindergarten registration to FAFSA applications, here are details on important school deadlines that students in Macomb County need to know.
Read more
You