A mom asked an advice columnist about how to approach another mom who brought her son to the park during a 'girls only' get-together. 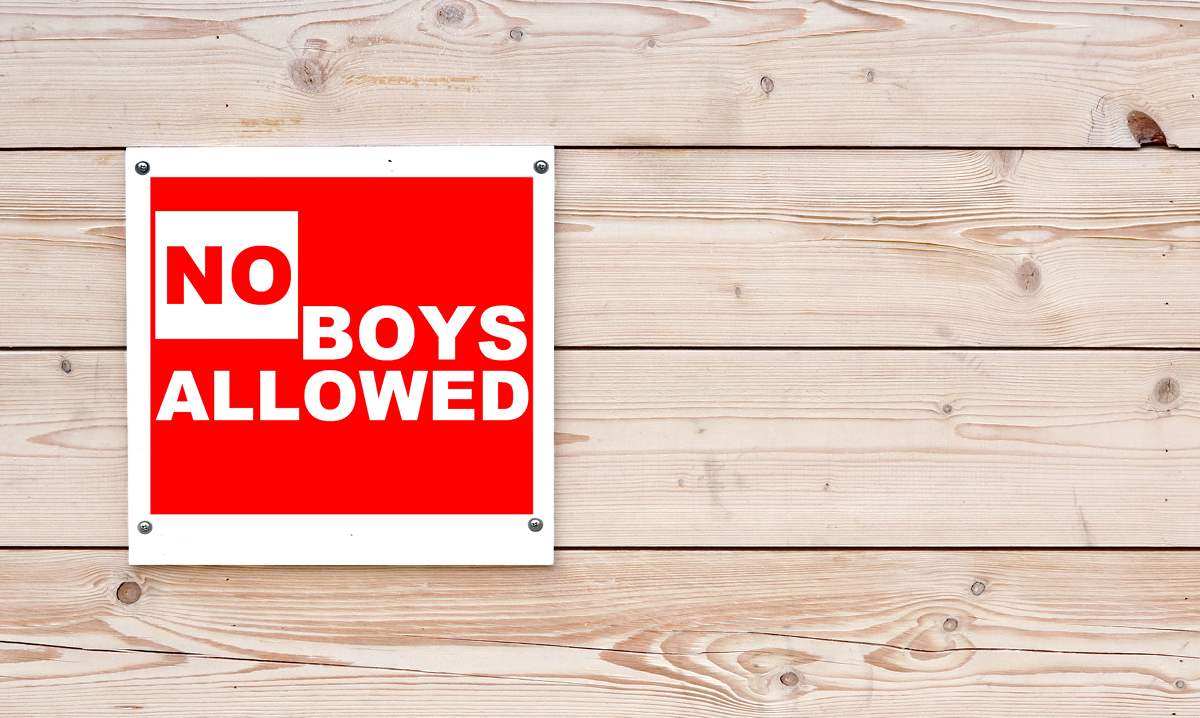 I always remember, as a little girl, having a sign on my bedroom door that said, “No Boys Allowed.”

Like that would stop my father from barging into my room. Though I really thought it would.

But more than anything, it was a power move. I used it to claim my space and my femininity. That $10 sign held so much power to me – and for the girls who would come over to my house for sleepovers.

But there is a misconception when it comes to girl power and how far it should actually go – especially if you consider yourself a feminist.

Feminism is the belief that women and men should be treated equally and be presented with the same opportunities. Misandry, or hatred towards men, is another story. And the mom I’m about to introduce seems to dip more into this territory.

Or she just has a loose grip on what feminism really is – as shown in the question she asked Carolyn Hax for The Washington Post.

The anonymous mom, who goes by “Playground Drama,” begins the question by saying, “I have a daughter, and some other moms of daughters and I have started getting togethers at a local playground at a set time each week.”

So, this is like a mother daughter get-together deal? OK, no problem there. But here is when it gets to be a bit extreme:

“Recently a mom of a boy brought her son to the playground at the same time we were there. I asked her (nicely, I thought) if she would mind leaving because we had wanted it to be a girls-only time.”

Wait … what? You asked a mother and son to leave a public vicinity for your “girls-only time” which, mind you, wasn’t even in a private space.

The mother then goes on to ask how she should approach the mom and son, if they come back, and adds:

“This has been such a sweet time for moms and daughter, and having a boy there is naturally going to change things. We live in a world where boys get everything and girls are left with the crumbs, and I would think this mom would realize that, but she seems to think her son is entitled to crash the girls-only time.”

Is this written by a mom or a little girl afraid of cooties?

Hax nails it when she replies that the boy is a human being and not with “privileged little man feelings,” but with actual, real, little kid feelings.

“And if you’re going to accuse anyone of being ‘entitled,’ then ask yourself who just asked the world to bend to whom,” Hax adds.

Let’s get this straight: Boy shaming is real, and isn’t any less detrimental than girl shaming.

How do you feel about this mom’s opinions? Do you agree or not? Let us know in the comments.