One mom is taking some heat after revealing that the secret ingredient in her bake sale brownie recipe is her breast milk – but is it really nasty? 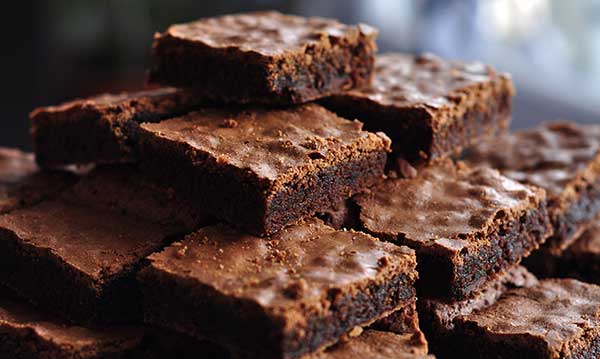 Mixing veggies in your kid’s dessert is probably one of those things that you can get away with. Using breast milk in your kid’s bake sale brownies is something that you probably shouldn’t.

But that’s exactly what one anonymous mom says she did when she ran out of the cow’s milk that she needed for the brownie recipe she was using for a school bake sale.

According to a post on the popular mom Facebook page, Sanctimommy, the mom explains that she didn’t have the time to run out to the store to buy milk, so she substituted her melon milk in the brownie recipe because didn’t think that it was a big deal, stating that the kids probably needed the extra nutrition anyway.

Another mom found out about her boob juice brownies and started “blowing it way out of proportion,” and the baker wanted some advice on how to deal.

Unfortunately for anon-mom, Facebook users didn’t provide guidance but rather pummeled her with thousands of bemused comments that dubbed her “Booby Crocker,” along with horrified ones that deemed her a downright monster.

Seems cringe-worthy but not dangerous, right?

Well, as one commenter put it, “[b]reast milk, like blood or semen, can carry diseases, which is why legit donation services screen the milk before passing it along to moms and their babies…”

And he or she is not wrong.

As the New York Post points out, the U.S. Food and Drug Administration advises that sharing breast milk with any one but your own baby can put that person at risk for exposure to infectious diseases or drugs that are in the lactating woman’s system.

Which means that apart from being incredibly deceptive, this mom could have put others at risk when they ate her teat treats.

With that being said, it should be left up to the parent or person whether or not they ingest, or allow their child to ingest, your (or anyone or anything’s) bodily fluid – because while breast milk is incredibly beneficial to babies, it’s still a liquid that comes out of holes in your body and is still exposed to whatever you have floating around in your system.

But hey, if you’re clean, not poppin’ pills and want to make a lactation confection, supply milk for you and your family or substitute the milk in your next brownie recipe (with a doctor’s consent), who am I to judge?

All I’m saying is at least warn a mother before you go off selling them to strangers.

What do you think? Was this mom way out of line or is this nbd? Let us know in the comments below.