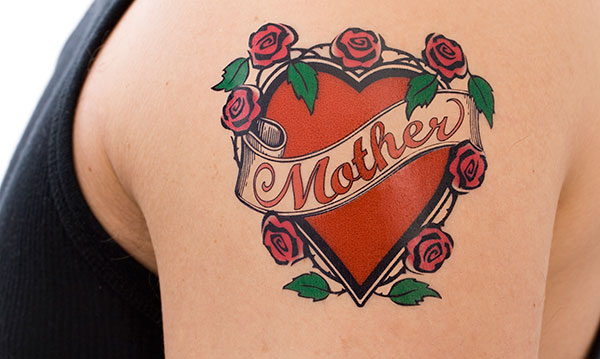 A first tattoo is often subject to prolonged arguments among parents and their children. Even if the child is a legal adult, permanently marking one’s body is often a pretty big deal in most families.

Perhaps that’s why the story of Odessa Clay has turned so many heads.

The North Carolina woman made national headlines last month when she was arrested for tattooing her 11 year-old daughter with her own equipment.

Clay, who’s 30 and heavily tattooed herself, was arrested in September for tattooing a small heart-shaped outline on her daughter’s right shoulder. She confirmed the accusation in an interview with a local news station, claiming she didn’t know what she did was against the law.

According to Clay, her daughter asked her for the tattoo. Mom said she numbed her child’s arm to prevent her from feeling too much pain.

Unfortunately for Clay, it is against the law to tattoo a minor under any circumstance in North Carolina. At least 45 states have laws prohibiting the tattooing of minors, according to the National Conference of State Legislatures.

In some states, including Michigan, the tattooing of minors with parental consent is legal, similar to laws regarding ear piercing.

As you might expect, there’s been widespread criticism of Clay and her decision to ink her daughter.

“This should be treated as child abuse,” says commenter milehisnk in an article by the Daily Mail.

Some hold the opinion that the reactions have gone too far.

“It was a tiny little heart. Get over it,” says Dave H. in a comment via HuffPost.

In defense of Clay, one reader argues that the laws are so varied in regards to tattooing that it’s hard to know what’s allowed and what isn’t. “In many states, what she did is totally legal,” says commenter loly caust. “The laws are all over the place on this.”

However, another reader responds, “If you don’t know the laws regarding tattoos, you shouldn’t be tattooing, period.”

Does the issue change if it was perhaps inevitable that this girl would sooner or later find a way to get a tattoo – legally or otherwise?

“If the mother is such a strong advocate of tattoos, and the child is brought up (with) that desire to have them, she’ll have them anyway,” says reader Hans Meiser on HuffPost.

Regardless, as someone with her own tools and experience in getting tattoos, Clay should have been aware of her state laws before inking her daughter. Then, perhaps, she should have had a long talk with herself about doing something so permanent to her child just because she “asked for it.”