Parents and children in one New Zealand town are barking mad after a grocery store mistake, and some inattentiveness, led to their kids eating real dog food. 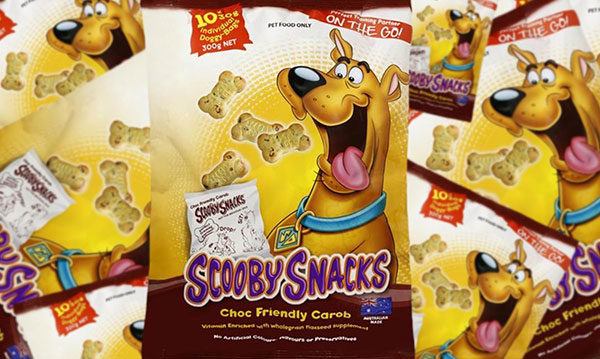 Everyone knows Scooby Doo. He’s that canine sleuth who’s been helping his friends solve mysteries since 1969. He’s also well-known for having an insatiable appetite and a ‘fraidy cat disposition that can only be cured by his favorite treat – Scooby Snacks.

It would make sense, then, that a company would jump on the opportunity to make treats for dogs that are themed to everyone’s favorite Great Dane. I mean, the marketing practically writes itself. Meanwhile, other brands took that idea in another direction – and made human-friendly bone-shaped biscuits for the Shaggy in all of us.

So, when parents allegedly ran across the dog treats in what they are saying was the snack section of Foodstuffs, a grocery store in Whanganui, New Zealand, they mistook the dog treats for the people treats – and quite the unsavory parenting fail unfolded.

Despite the clear labeling that stated “pet food product only,” some parents bought the “human-friendly,” though not recommended for humans, treats and fed them to their kids – ruh-roh.

Naturally, parents were aghast when they discovered their mistake and turned to social media to tell their stories.

“I was absolutely mortified when I gave them to my daughter,” the BBC reports one parent saying. “She took one bite and said, ‘This is rubbish’ … I looked at the packet closely and gasped, ‘Oh no, I am so sorry. I just fed you dog food.'”

Another claims that a kid ate all of the treats packed in her lunch before the adult realized what had happened. (Hey, at least they weren’t that bad, right?)

In response, Pak’nSave, the chain that owns Foodstuffs, claimed that the dog treats were not placed in the same area as the human snacks. Nevertheless, they acknowledged that the cartoon packaging, while clear, could be misleading to parents and have since discontinued sale.

… Let’s be real. This is not a case of manufacturer error in which the treats smelled and looked like candy, prompting little junior to pop something he shouldn’t have in his mouth.

These things said that they were for dogs, and we’re assuming they probably smelled like some sort of unappealing, meat-infused bleh, like every other dog treat ever – and, even if they smelled like cupcakes, it still said “for pets.”

This just goes to show that parents are human. These parents dropped the ball this time and their kids had to pay with a nasty lunchtime surprise. No harm done, but hopefully next time they’ll be a little more careful when picking out their family’s snacks.

Have you ever accidentally bought the wrong kind of food for your kids – dog or otherwise? How did you discover (or maybe try to cover) your mistake?