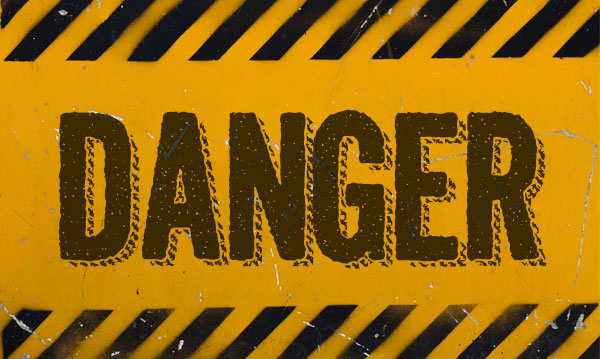 Well, it looks like international mystery man Austin Powers won’t be the only one with “Danger” as his middle name. Two families have decided that their babies’ middle names will, in fact, be “Danger,” as well.

And yes, you read that right: Danger is their middle name. Legally.

Australian parents Telita and Dean James have dubbed their first-born son Stephen Danger James. The James couple gave their son this oft-quipped middle name “just so he could say it’s his middle name,” Telita said to the NT News, a newspaper in Northern Territory in Australia. “It’s something different.”

The Jameses, however, aren’t the only ones who thought that “Danger” would make a good for-real middle name.

British street-performing (or “busking,” as it’s more commonly called across the pond) duo Sam and Felicity Wills’ first son can also boast – or someday deny – that his middle name is “Danger.” When the Willses were naming their son, however, they took his future occupation into full consideration.

“We thought Danger Wills was a good busker name. Basil Wills is a good accountant’s name and Rafferty Wills is a good name if he wants to become an actor luvvie,” Felicity said to Stuff.co.nz.

But how important are names for a child?

“Studies have shown that names do set up certain expectations and can influence people who put a lot of weight on first impressions. And that elementary school teachers tend to grade students with unusual names more strictly than children with common names,” Wildt said in a Parenting.com article.

In the same article, however, writers Pamela Redmond Satran and Linda Rosenkrantz argue that with changing times, the outdated research on baby names simply doesn’t apply to modern generations.

” … in this era of diversity and individual style, when Madison is one of the 10 most popular names for girls and two of the hottest male stars are named Viggo and Orlando, the old findings no longer apply.”

As for the James family, they’re not fretting too much about the effect that their baby’s middle name will have on his life in the future.

“I was a little bit worried about calling him ‘Danger,’ kids might tease him,” Telita James said. “But Dean kept saying, ‘Who’s going to beat up the kid called Danger’?”