Parents of Athletes Get in Violent Altercations at Kids' Sports Games 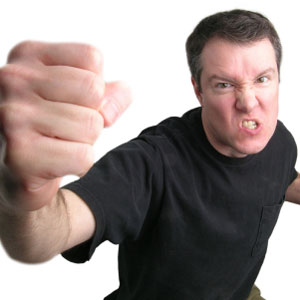 Take a parent of an athlete. Mix in equal parts pride for their child and the frustration of a losing game. Top it off with some disparaging comments about your kid's performance – and you have a recipe for a really bruised ego.

But some parents are taking the idea of "poor sport" to a whole new level – and acting out in pretty jaw-dropping ways.

Take the mom of Anthony Alford, a quarterback for The Southern Mississippi University football team. She was arrested during a game after she had quite the verbal blowout with another fan in the stands.

In its game against Marshall, Mississippi was losing by a pretty considerable margin when one fan started criticizing Alford's plays. Usually normal banter in college football stadiums, this fan soon realized that his comments weren't being taken lightly by another fan in earshot – the struggling QB's volatile mother.

Lawanda Ann Alford, 38, was charged with a pair of misdemeanors –disorderly conduct and resisting arrest – after being ordered to leave the game following a loud and argument with the heckling fan.

This wasn't the first time this defensive mom had been ousted from a sporting event.

This past spring at one her sons' high school playoff baseball games, Alford went onto the field to argue with an umpire about a third-strike call.

"After showing her displeasure by screaming at the umpire, she was escorted from the stadium by school officials," reported the Clarion Ledger.

Defending your child is one thing, but getting so bent out of shape that police enter the situation is a whole different ballgame.

Police arrested Juan Correa for punching another father repeatedly in the head during a friendly kids' football game.

"Unfortunately, when they are up close and seeing the kids get hit, the emotion rises in them," Rathburn said.

Apparently, for some parents, the competition is just too much to handle. Perhaps they're living vicariously through their child, wanting him to be the athletic champ they never were – or maybe it's simply a strong parenting instinct to protect their child. Regardless, are expletives and fisticuffs really the best way to handle things?

I think we can all agree that it's no way to set an example for kids – young or old – on how to deal with conflicts (or your own internal emotions). Take a knee and talk it over. And use a time-out if you need to.