Teenagers Having Sleepovers at Ikea 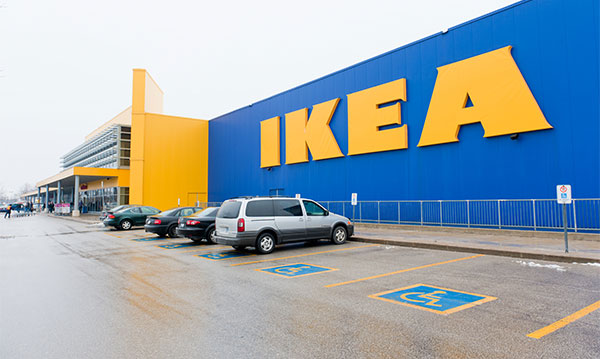 I’m not going to lie, when I walk through Ikea, I sometimes wish I could chill in the model homes and apartments. They’re decorated so nicely with the coolest storage options available at the store, and the beds are done up to look extra cozy.

I, of course, resist the urge (or just buy something to take home) – but some people aren’t. Teenagers across the world are taking advantage of Ikea’s snug setups and getting a thrill out of having sleepovers inside the store, the BBC reports. It appears to have taken off with this video of two teens staying the night in an Ikea last year. Since then, more videos have surfaced and teens have even been caught in multiple instances. The BBC notes sleepovers have been reported in stores in the United States, Canada, United Kingdom, Belgium, Netherlands and more.

Obviously, the company isn’t happy about it.

“We appreciate that people are interested in Ikea and want to create fun experiences. However, the safety and security of our co-workers and customers is our highest priority and that’s why we do not allow sleepovers in our stores,” an Ikea spokesperson told the BBC.

Needless to say, this “fun” is also illegal, though it’s unclear if the company has taken legal action against the trespassing teens.

As comfortable as those displays look, wouldn’t staying the night in an empty store be kind of … boring? What fun is a sleepover without movies and food anyway? Beyond the thrill some teens may feel from breaking the law, spending hours in a dark, quiet Ikea just sounds spooky.

What do you think of this teen trend? Stupid? Funny? Weigh in!