Teens and Bragging: A Normalized Practice or A New Way Of Socializing? 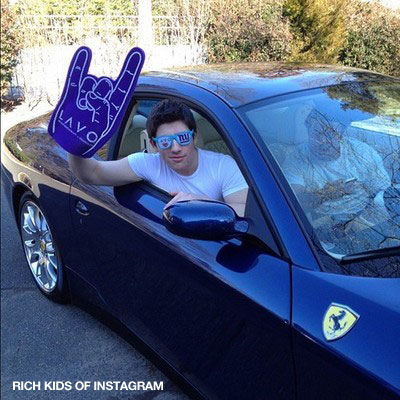 During my school years, going back-to-school shopping with my mom and sister for new clothes and supplies was an end-of-summer highlight.

After going store-to-store picking out what I believed were the cutest clothes in the mall, I would go home and try on my new outfits, maybe showing one or two of my best friends.

But today, instead of sharing a totally adorable sweater with gal pals, teens are broadcasting their back-to-school purchases with hundreds of thousands of YouTube viewers via videos called "Back To School Haul."

YouTube hosts pages upon pages of the videos dubbed "Back To School Hauls." The videos consist of teen girls showing off their new threads and proclaiming how much each item cost them – or, rather, how much it cost their parents.

In one video uploaded in August by MacAngel03, a teen with long wavy tresses dishes about her trip to California for her 17th birthday and what she bought there for school. Another girl, who goes by username BeyondBeautyStar, shows off what she bought on her back-to-school shopping trip to New York City, including gear from Topshop, Sephora and Forever 21 (after "saving for a very long time," she points out).

Yes, some videos are more modest and a lot less boastful. But in others, such as haul uploaded by pbbunny97 in 2011, the teens show off some expensive items, such as $120 designer purses and $100 Prada-brand perfume.

We all enjoy nice things, and we all like to share good news or exciting new purchases with our good friends. But I was always taught not to brag about what I had in case it made other kids feel bad. What happened to humility?

These "Back To School Haul" videos aren't the only instances where teens are showing off their belongings, though.

You might've already guessed it: Celeb kids are definitely leading this trend.

Some highly privileged teens featured on the Tumblr site "Rich Kids of Instagram" blow the "Back To School Haul" videos out of the water with their photos of big yachts and diamond-encrusted doodads.

These well-off kids have used Instagram to post pix of their new airplanes (with the caption of "my new toy" and hashtag "#wealth"), Bentleys, about two dozen Louis Vuitton bags, Ferraris (hashtag #NBD), gold iPhones and even a $107,524 dinner receipt.

So are these "haul" vids and Instagram pics out-of-control gloating, or just how the millennial generation gets its kicks and socializes with friends (and, in some cases, total strangers)?

It could be a bit of both. But maybe there's hope, too. When Dell CEO Michael Dell discovered Alexa, his 18-year-old daughter, was tweeting her every move – including a decadent buffet on a private jet bound for Fiji – daddy pulled the plug on her Twitter account.

Of course, Mr. Dell plunks down $2.7 million a year on security – so having his kid freely publicize her exact GPS coordinates is a pricey problem. But it's possible pops wanted to give her a little lesson in modesty, too.

Showing off is a normal urge for adolescents. But a part of them craves guidance from mom and dad, too. (Even though they'd never, ever tweet it.)