Mom signed a permission slip thinking the district was offering dental cleanings, but instead they extracted three of her son's teeth without medication. 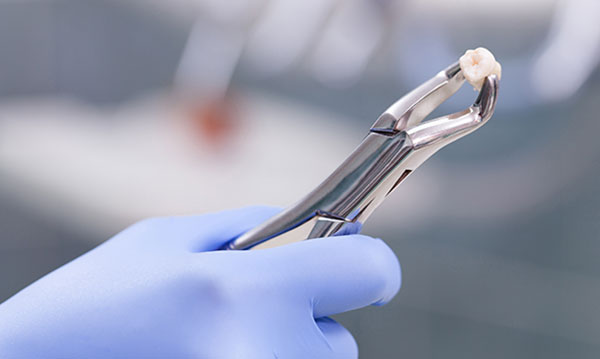 When you send your child off to school, it is expected that he or she will follow directions, pay attention to lessons, get along with others, and at the bare minimum, be physically safe.

Mom Shanda Flemming is outraged that during what she thought would be a “routine” dentist visit to her 9-year-old son Michael’s Baltimore City elementary school, oral surgery – sans pain medication – was performed on her child without her knowledge or consent.

The procedure lasted so long that Michael missed his bus, and ended up walking one mile home by himself. Flemming found her son late, missing three teeth, mouth swollen and in tremendous pain.

Although Flemming had signed a permission slip for Michael to be seen by the dentist, she was under the impression that it would just be for a cleaning. Not a single school administrator thought to call and ask permission to perform this invasive procedure on her child, and no one stopped Michael from walking home by himself afterwards.

Baltimore City School District was questioned by the local CBS affiliate WJZ Baltimore, but they declined to respond on the basis of HIPAA and privacy concerns.

Cafe Mom writer Liz Alterman took a look at this case and called it a lesson in speaking up when situations are uncomfortable and wrong.

“Yes it’s incredibly tough for a little kid to question authority, but the earlier you can advocate for yourself the better,” she wrote. “You can tell your children that sometimes grown-ups do make mistakes, and to not be afraid to speak up or ask to call Mom or Dad if they’re feeling anxious.”

Alterman is most certainly right, but I wish she weren’t.

I wish we didn’t have to prepare children to fend for themselves and to be suspicious of things. I wish things were inherently safe and that sick drop in your stomach when you leave a little one that you love alone with someone else didn’t exist. I wish that trusting other people to do the right thing was infallible, but we don’t live in that kind of world.

It was probably extremely frightening for Michael to be in a situation where he didn’t know how to tell the people around him to stop. After all, kids are told to look up to adults, to follow directions, and to trust the judgment of people older than them.

School dental programs, like the one that tended to Michael, became the norm in Baltimore after another incident went wrong – and even more so – for another little boy in 2007.

Deamonte Driver of Prince George’s County was 12 when he died of a toothache. The infection in his mouth turned into an abscess and the bacteria spread to his brain. His mother was uninsured and his family had lost their Medicaid, the Washington Post reported.

Deamonte’s death and the struggles of his family added to ongoing national debates over universal health coverage in a time before the Affordable Care Act of President Obama’s administration. According to the Washingon Post, an $80 extraction may have saved him.

However, in both cases, Michael and Deamonte didn’t seem to have much of a say. Kids don’t make the rules, control institutions, distribute federal funds, or even interpret HIPAA laws. Adults do.

Yes, it’ll be hard teaching kids to be stronger than the things in their lives that feel more powerful than they do. Except, there’s even more work to be done on that front: hold those powers accountable, so they’re less likely to hurt people who are vulnerable in the first place.

What do you think of this incident? Tell us in the comments.