The New Year is almost here, and we're taking a look back at all of the parenting news that made us say, 'Oh Mother' this past year. 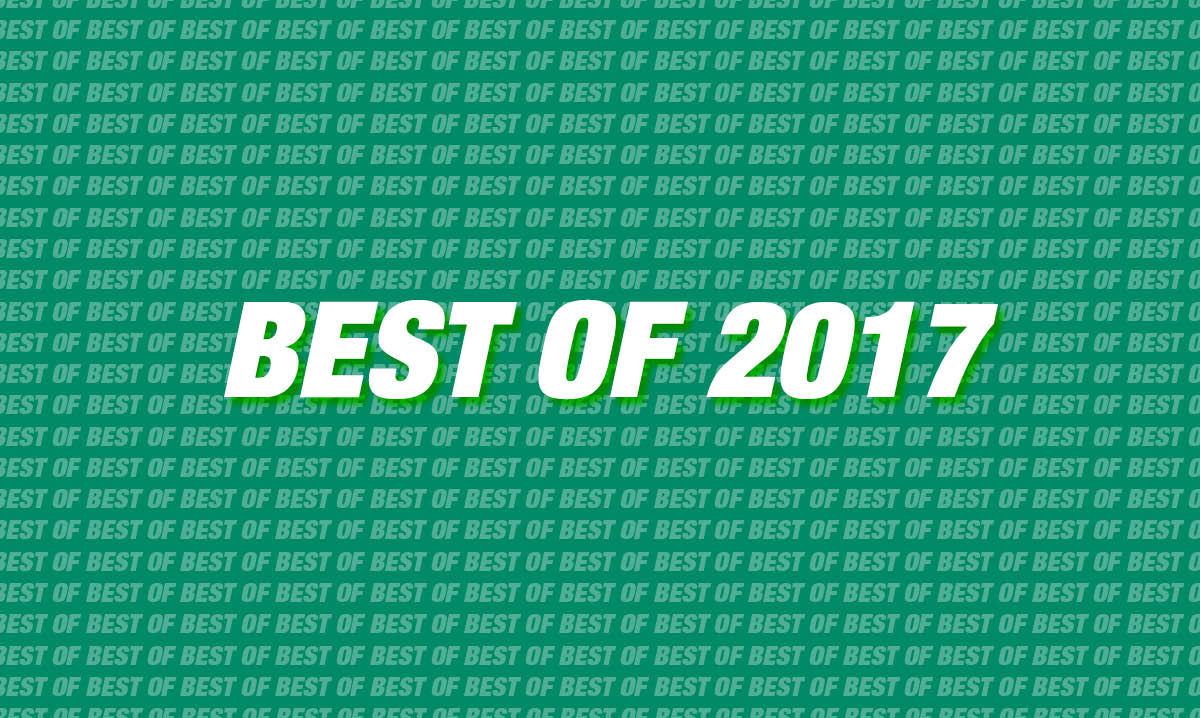 Kids don’t exactly come with a manual, so parenting basically comes down to instinct and doing what’s best for your kids. Most parents typically do just fine when it comes to keeping their little humans alive and happy – others, not so much. And it’s at the latter’s expense that we present to you our top parenting moments of 2017.

Here, we’ve rounded up the top most embarrassing, hilarious, gross and downright disturbing parenting fails of this past year – plus a few heart-warming stories that prove most parents have this thing down pat, despite the doubts they have along the way.

Read our picks and leave any parenting stories that made you say, “Oh Mother,” in the comments.

Back in June, parents in Whanganui, New Zealand ended up in the doghouse after it came out that they had fed dog treats to their kids. In their defense, the bone-shaped biscuits were based on everyone’s favorite canine sleuth, Scooby Doo, and may or may not have been placed near the kids’ snacks, depending on if you ask the store or the parents. But the boxes also said that the product was pet food, which led us to advise parents to slow down and actually read the products they’re feeding their kids.

Isn’t there an old saying that dress clothes for tots should only be worn on special occasions? If not, there should be and someone should get the memo to Sarah Louise Bryan. This fashion designer and mom dropped $400 on a pair of shoes for her 3-year-old daughter and then tried to charge another parent when the shoes got scuffed at a play date.

Uh, no crazy lady, you don’t get a payout because your kid scuffed the shoes. You’re honestly lucky that the Italian red leather boots didn’t end up in the toilet because, let’s be real, kids don’t care how much their shoes cost – their going to do nutty things with them regardless.

Dad Tells the Story of His Daughter’s Diaper Blowout

We’ve all been there: Junior is a little too quiet when suddenly the pungent aroma of poop fills the air. You rush upstairs just in time to see your spawn finger painting on the window.

That was the reality of dad, Jesse Mab-Phea Hill, back in May when he chronicled his daughter’s feces fiasco on Facebook where it went viral. It took him about 20 minutes to clean his kiddo and her room – no harm, no foul, though we suspect his daughter will fully regret this embarrassing tale when she’s around dating age.

As they say, it takes a village to raise a child. And when a kid spends the better part of their time at school, some fails are bound to turn up. And boy, did Baltimore City Elementary Schools screw up. They actually pulled a tooth without pain medication on Shanda Flemmings’ third grade son, Michael. Mom had signed a permission slip for a tooth cleaning at school, not an extraction, and when her son came home in pain and swollen, she was understandably furious.

School dental programs became a norm in Baltimore in 2007 after 12-year-old Deamonte Driver died of a tooth infection that spread to his brain. Still, they should have asked mom’s permission and forked over a little Novocain to the kid.

Before puberty, kids don’t really have any solid gender-defining qualities. So when a little girl cuts her hair short or a little boy grows his hair long, it can be a little hard to tell (not that it truly matters). But that didn’t stop one anonymous mom from questioning Mili Rodriguez’s gender during a soccer tournament. The woman’s complaint, along with several other reasons, got Mili’s whole team kicked out of the tournament and left an 8-year-old little girl very disheartened about her looks.

Every parent hates school drop-off but probably not as much as the two moms that got into an altercation in front of a Houston area elementary school. Apparently there was some sort of road rage incident and one mom got out of her car and went up to the second mom’s window. The second mom then drew a gun on the first mom – because that’s responsible gun ownership – in front of elementary school children. The gun wasn’t fired and the mom that pulled it wasn’t arrested (though she probably should have been).

Seriously though, c’mon. We’re all grown-ups here. Drop-off is annoying, but put the gun down, pull up your big girl panties and deal with it. There are kids watching and learning from you.

Parents Damage 800-Year-Old Coffin to Get a Photo

This particular “Oh Mother” moment makes my blood boil: One insufferable family decided to put their kid inside of an 800-year-old coffin – yes you read that right, a coffin – to get a photo of their kid … and the kid broke it. The coffin is a one-of-a-kind, eight-centuries-old part of human history and this family broke it in order to get an Instagram-worthy photo of their kid – and lets face it they probably already had hundreds of those.

Future generations deserve to enjoy their history, and families like this one make it that much harder to maintain priceless artifacts. Luckily, the museum was able to fix the artifact with an adhesive that cost around $130 but that isn’t always the case. Museums have rules for a reason and neither you, nor junior, are above them.

Our top parenting fail award, without a doubt, goes to the grandma who shamed her own daughter for breastfeeding her grandchild. If you don’t know the story, mom was at grandma’s house when her daughter got hungry. Mom got the kid to latch and sat back down to finish eating. Grandma didn’t say anything until the stepdad walked in and then grandma threw mom a dirty look and asked her to cover. Mom said ‘no,’ grandma said ‘leave,’ so mom left. Then grandma tried to tell the mom’s older kids they were leaving because mom was mad at grandma. Drop the act lady. It’s not her – it’s you.

Kids have to eat and they don’t always like to eat while under a blanket. Take your prude pants off, look the other way and understand that breastfeeding moms are trying to do the best by their kids because that’s what’s important. And for the record, if you’re not worried about a woman breastfeeding until your pervy husband walks in, you’ve got bigger problems because engorged breasts dripping milk are so not sexual.

Now that we’ve got your heads rolling with our top parenting fails, we offer you some of our top parenting wins of 2017, including pint-sized It-inspired makeup that a teen put his makeup skills to work and transformed his 3-year-old brother into a spine-chilling killer clown in time for Halloween; a mom that made her daughter’s monthly flow a little easier by throwing her a period party; parents that chose to let their 12-year-old daughter witness the miracle that was the birth of her brother; a mom that proved women can do anything when she gave birth and then walked the aisle five hours later; and, our top parenting win for 2017: the white 2-year-old girl that overcame potty training and casual racism when she picked a black doctor doll, and told the cashier that the doll she picked did look like her because “she’s a doctor like I’m a doctor” and “I’m a pretty girl and she’s a pretty girl.”