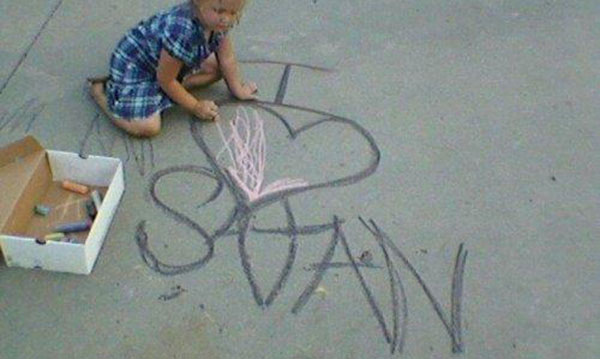 Is it a rocket ship or a male body part? A child’s youthful innocence is beautiful, inspiring and sometimes downright hilarious – at least when it meets an adult’s, say, more experienced sense of humor. Thanks to the Internet, we have access to tons of children’s drawings gone awry and yes, we did some snooping to find the best ones. With a little help from The Stir, along with some posts by various other Internet users, we present you with eight totally unintentional, but still hilariously awkward, children’s chalk drawings that will give even the most mature parent a bit of a chuckle. 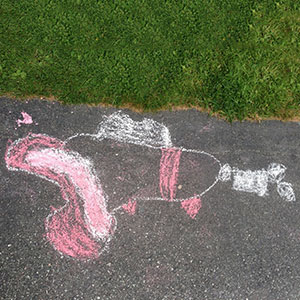 First, let’s try to answer our original question. Is it a rocket ship or a male body part? To the child, it was undoubtedly a pink and white rocket ship blasting off into space. To more “mature” eyes, however, it looks more like the very first step in creating the child that created the drawing.

As parents, it’s incredibly important to nourish our children’s creative side and busting out laughing at a child’s rocket ship isn’t very nice, so if your child draws their rocket ships like this, smile and tell her how lovely it is. 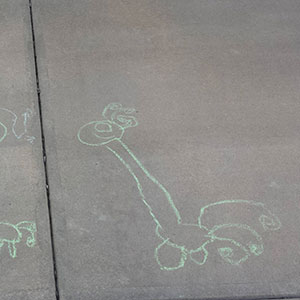 Penile portrayal seems to be a common occurrence when it comes to awkward drawings. Of course, it really isn’t junior’s fault. After all, they have no idea that their portraits look like penises.

As mom and dad, however, if the feet of your child’s giraffes look like stubby nubs beneath a long shaft, like this masterpiece, it may be time to politely critique their work. Try this: “It’s beautiful, but giraffes have long necks and legs, Susie.” 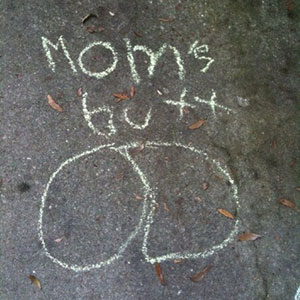 While we aren’t sure why mom tends to be the butt of all jokes, or if this little girl was trying to make fun of her mom, one thing is for sure: According to her daughter, this momma’s got back. 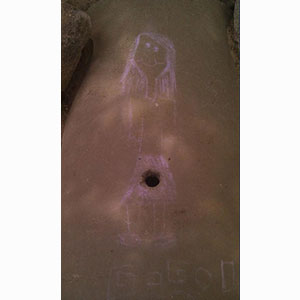 As with most things, some innocent drawings go south when placed in the wrong locations.

This rendition of a woman, for example, would have been quite cute – had there not been a gaping hole in the middle of her pelvis. Perhaps, this kid is hinting for the “birds and the bees” talk, or maybe they’ve had it one time too many.

Photo courtesy of The Huffington Post/Imgur 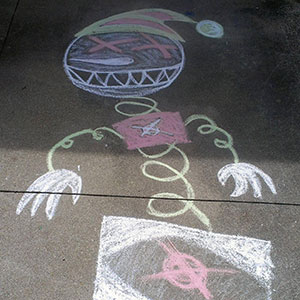 Speaking of talks, someone seriously needs to have a talk with the little Rembrandt responsible for this next drawing.

This delightful portrayal of a clown-like Jack-in-the-box appears to be both dead and homicidal. It’s an absolute masterpiece worthy of the fridge, right? Wrong! While the technique is sound, it’s safe to say that this kid might need a new hobby – or counseling.

Photo courtesy of The Stir/Imgur 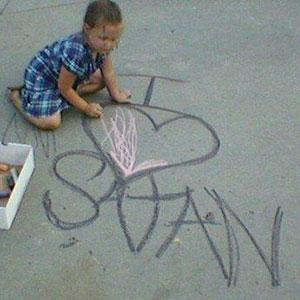 Speaking of counseling, did we read this next one right? She loves Satan?

While we really hope this was a case of mistaken identity and that this little girl was trying to spell Santa, it is kind of funny to think such a young child sold her soul for rock ‘n’ roll. 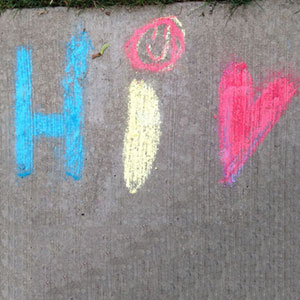 Except for when it’s about Satan, it’s super cute when kids express their love and natural kindness. When it goes wrong, however, it goes really, really wrong.

Take this next case, for example. This little girl was trying to say hello to random passersby. When she added her heart, it made for a rather sinister greeting.

Photo courtesy of The Stir/Imgur 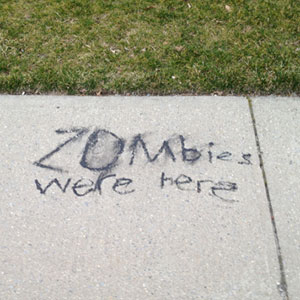 Finally, we come to the end of our list, and this one has us asking if we should chuckle at this eerie message on the pavement, or take shelter in our underground bunker.

Sure, it was probably a teen or older kid that did this one, but we couldn’t resist popping it in here. If zombies are walking among us around here, thanks for the message but where did they go? This is kind of important information to survive the apparently impending apocalypse. Step it up, kids.