A photographer wrapped her friend in a fuzzy blanket, slapped a bow in her hair and set her in the middle of a large wreath to recreate a newborn photo. 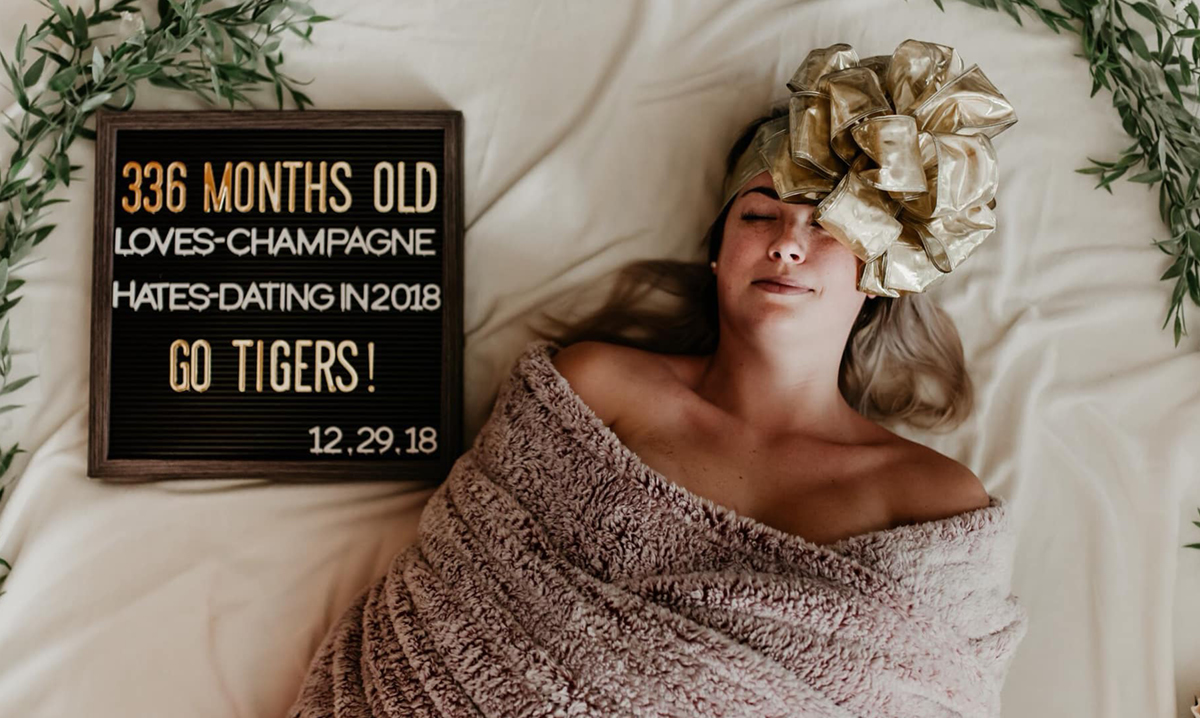 As a professional photographer in South Carolina, Stephanie Smith is no stranger to newborn shoots. The Facebook account for her company, Southern Stitched Photography, is full of happy couples and older siblings staring adoringly at small, swaddled bundles.

However, on Dec. 29, her best friend commissioned her talent to create a different kind of ‘newborn’ shoot – one that would require a much bigger blanket.

The subject of the shoot and Smith’s friend from high school, Nicole Ham is credited with coming up with the idea in honor of her 28th birthday, Yahoo Lifestyle reports. And both ladies (along with Ham’s mother) put in the work to pull everything together.

In an interview with WTVT, a station out of the Tampa Bay area, Smith said, “From shopping and laying out flowers in the store to see if we had enough to fit an adult to a collaborative effort between myself and Nicole’s mom to swaddle her … we couldn’t keep a straight face!”

The pictures make it clear just how hard it was for Ham and Smith to take this shoot seriously, as Ham is either laughing out loud or attempting to conceal a smile in three out of four posted pictures.

She looks like she’s having a great time being wrapped like a burrito surrounded by roses and garland. If only actual children and babies were that well-behaved in photo shoots.

The post has been shared over 42,000 times on Facebook with followers adding their own pictures in the comments.

The pictures come from a variety of people.

There are moms who are salty about having to schedule photo shoots for their own children and want one to feature themselves, instead. There are people who claim that they thought of it first, holding up signs like the chalkboard that Ham features stating their age and accomplishments.

Renee Neale Chicchinelli even posted a photograph of her grandmother with a sign that boasts, ‘She is 1,074 Months Today.’

The photographer seems to think that the subject will also hate dating in 2019, as the Instagram post’s caption reads, “How to Stay Single in 2019 FOREVER.”

This time she is the subject posing with a champagne bottle, party hat and a shirt that says “Divorced AF.”