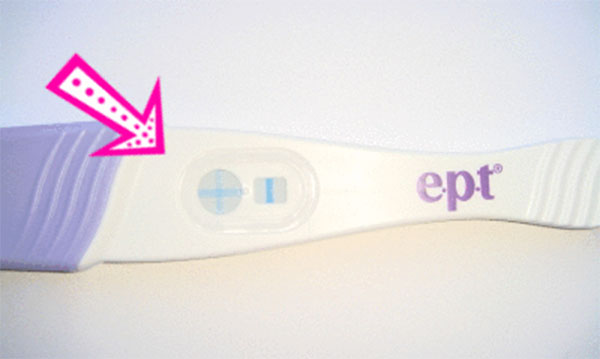 Taking at-home pregnancy tests when you’re trying to conceive can be a maddening process for many women, especially when getting pregnant is taking longer than expected.

Those who’ve been there can probably recall the days of staring at their tests looking for that elusive second line to appear – and if you look long enough, or hope hard enough, you can usually see one.

Sometimes it really is an early positive result, confirmed a few days later when your hCG levels are higher and a darker line appears when you re-test. Other times, it’s simply your imagination playing tricks on you.

So it’s not surprising that hopeful parents-to-be are using technology to try to get pregnancy test results sooner in a new trend called tweaking.

When an at-home test shows no second line (meaning a negative result), women put a photo of the test into Photoshop or use a handy phone app to increase the brightness or contrast on the photo to see if a second line is present but too faint to be seen before the adjustments, Buzzfeed reports.

At the forums on babycenter.com, there are entire groups and threads where women can post photos for other helpful members to tweak and check for a line.

Some commenters on the story were quick to call tweaking “crazy” or “desperate,” but we have to give women credit for coming up with a way to potentially get an earlier positive test result or clear up the uncertainty when you can’t tell whether a faint line is really there or not. There’s no doubt it could increase anxiety or lead to false hope, though.

“We don’t really know yet how accurate the tweaking is,” Dr. Scott Sullivan, an OB-GYN from South Carolina, tells Buzzfeed. “Of course it could be wrong. It might be that the technology or the tweaking itself might not be right.”

And as the Buzzfeed article points out, there’s also the chance of identifying chemical pregnancies or early miscarriages that you might not have otherwise known about. As one commenter on the story wrote, “I don’t know what is worse, honestly – seeing lines out of desperation where they aren’t, or getting a real line and watching it slowly disappear.”

But we can’t blame women for wanting more information sooner, even knowing the risks. Home pregnancy tests can often give a positive result several days before you miss your period, but the time before that can be agonizing for women who are trying to conceive.

And though popular opinion might say women should “just relax” or wait until after a missed period to even take a pregnancy test, any woman who has struggled to conceive knows that advice simply isn’t practical.

Getting involved in online forums like the tweaking group has its downfalls, too, but the message boards can also be a support system for women who might be surrounded in “real life” by couples who have no problem getting pregnant. Knowing they’re not alone can mean a lot.

So is it crazy to Photoshop pictures of your pregnancy tests? It’s no one else’s business, really, but we’ll offer our support with a firm “not at all.” What is crazy, though, is that so many women spend months or years struggling to conceive while others who can’t relate judge them in their search for a little hope.

Have you ever tweaked a photo of an at-home pregnancy test? Was it helpful? Tell us in the comments.

Do mom and dad need a weekend away without traveling too far? Consider one of these romantic getaways for parents in Michigan.
Read more
Indoors