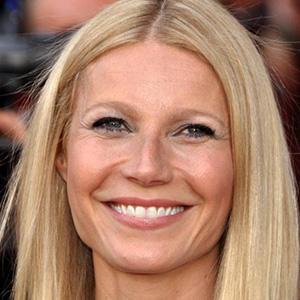 In case you've been living under a rock, Gwyneth Paltrow and her husband of a decade, Coldplay's Chris Martin, are undergoing a "conscious uncoupling," as she formally announced via her website, goop. That's a "divorce" for all you regular folks – a term that just doesn't quite fit the privileged daughter of director Bruce Paltrow and actress Blythe Danner.

As if her divorce announcement wasn't cringe-worthy enough, Paltrow has managed to upset working moms with her latest comments during an E! interview when she talked about how tricky it is to maintain her film career as her kids are getting older.

"I think it's different when you have an office job, because it's routine and, you know, you can do all the stuff in the morning and then you come home in the evening," Paltrow told E! "When you're shooting a movie, they're like, 'We need you to go to Wisconsin for two weeks,' and then you work 14 hours a day and that part of it is very difficult. I think to have a regular job and be a mom is not as – of course, there are challenges, but it's not like being on set."

As a result, the New York Post's Mackenzie Dawson wrote an open letter – seeping with sarcasm – to the actress. "I really enjoyed your recent comments to E! about how easy an office job is for parents, compared to the grueling circumstances of being on a movie set," Dawson begins.

"'Thank God I don't make millions filming one movie per year' is what I say to myself pretty much every morning as I wait on a windy Metro-North platform, about to begin my 45-minute commute into the city," she says – as she continues to give Paltrow the verbal ass-kicking that she deserves for insulting working moms and assuming that she understands reality.

Dawson also criticizes Paltrow's website, recipes, shopping recommendations and more in this open letter, which ends with "So, Gwyneth, you've figured out the secret of working parents everywhere: Livin' la vida desk job is a breeze compared to the 14-hour days of a film set. Fourteen hours? Who in New York – especially those in the finance, law and tech professions – could possibly work 14 whole hours? Luckily, those 9-to-5 'ordinary job' hours grow on trees here. And if you lose one, all you have to do is find another."

We're not sure if Paltrow will actually respond, but it's probably one of the best things we've read all week. See for yourself!