Young Girl Told She Couldn't Dress Like Elsa from 'Frozen' – Why? 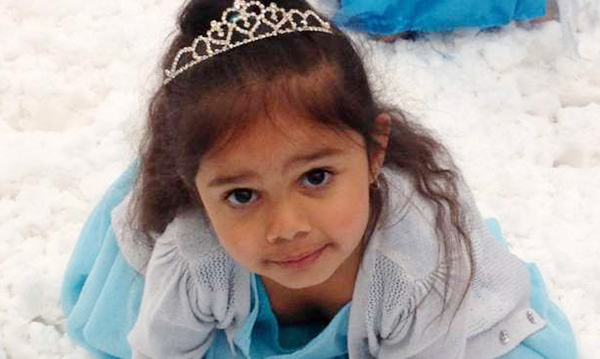 Princesses: They are the main subjects in the best-known Disney movies and are an instant gateway to young girls’ hearts. I’m sure everyone has encountered the song “Let It Go” from Disney’s Frozen at some point in the last year and if you haven’t, where have you been hiding? Kids of all ages are obsessed with Princess Elsa, so it’s no wonder 3-year-old Samara dressed up as Elsa to a Disney-themed event in Melbourne, Australia.

What happened next was shocking.

She was excitingly waiting in line for two hours when a women and her two daughters confronted Samara and her mother saying she couldn’t understand why young Samara would dress as Elsa, “because Queen Elsa isn’t black,” according to Huffington Post Canada.

Unfortunately, it gets worse. Mother Rachel Muir asked what the other women had meant by the comment and one of the daughters pointed at Samara and said, “you’re black and black is ugly,” Huffington Post Canada reports. Samara was confused by the comment and asked her mother what that meant. Muir did not confront the woman or her daughters – and told Samara she would explain it to her when they returned home.

Later, when mom explained to her daughter what the comment meant, she was upset – so much so, Samara didn’t want to go to dance class one day following the incident. “She pointed at the skin on her arm and asked why she was black,” Muir told The Courier.

Later that night, Muir posted a photo of Samara dressed up as Elsa on Facebook with a caption explaining that happened to her daughter. She concluded her post with “Still Racism is alive & well in the next generation.”

The post got immediate attention and almost has 2,000 shares. People are sending love and encouragement to Samara and her mother.

The young girl has gotten the global attention, and she has even been on the cover of The Courier. To top it all off, she was named the queen of Australia. Plus, she’ll get the chance to see Princess Elsa when Disney on Ice visits her area, according to The Project Australia.

Unfortunately there are plenty of people who are racist and haven’t come to terms that everyone is beautiful and deserves the same opportunities. This is 2015 and I hope that the other woman’s two young daughters grown up make their own decisions and don’t carry racism to the next generation.

As for Samara, be the best Elsa, Jasmine, Rapunzel or Ariel you can be. You’re beautiful!

What do you think of this incident? Tell us in the comments below.