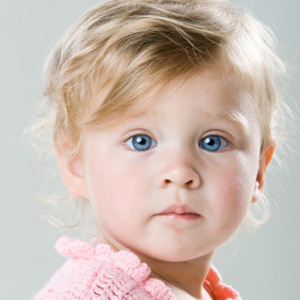 About 1 in 88 children has an autism spectrum disorder, according to the Centers for Disease Control and Prevention, and while there have been countless studies on factors that influence these disorders, two new findings show possible ways to detect – and possibly reduce the risk of autism in the first few months of a child's life.

Based on findings of various studies, Gary Steinman, a New York-based physician and researcher from the Touro College of Osteopathic Medicine in New York, says autism may be detected early by the levels of insulin-like growth factor or IGF, which is a protein that assists with the normal growth and development of brain cells, found in umbilical cord blood..

In order to further his research and validate his hypothesis, Steinman would have to test umbilical cord blood for levels of IGF and then measure that information with children diagnosed with autism.

According to Steinman, high levels of IGF can naturally be found in breast milk. Steinman says if his hypothesis is proven to be true, then breastfeeding IGF-deficient babies longer could reduce the risk of autism. Babies can also get more of the protein through bovine milk or supplements mixed in with liquids.

"Second, those who embrace the hypothesis that IGF is indeed an autism biomarker should advocate and encourage breastfeeding as a highly accessible means of supplementing an infant's natural levels of the protein," Steinman says in a Science Daily article.

Colleen Allen, CEO and president of Autism Alliance of Michigan, says although more research needs to be done, this study is groundbreaking.

"How amazing would it be from day one, from cord blood, to be able to determine whether a child is at risk of autism and to have something that concrete as supplementing a protein deficiency is really incredible," Allen says. "From what I can tell this is some of the most concrete intervention we could introduce immediately for those at risk."

Another study, which was published in Nature and was conducted by Warren Jones and Ami Klin of the Marcus Autism Center in Atlanta, concludes that a baby's gaze may give an early signal of autism. They found that 3-year-olds with autism looked at people's eyes less than other children without autism when they were babies. The study reveals that children with autism looked at another person's eyes less between 2 and 6 months – and even less at 9 months.

Most children are diagnosed with autism between the ages of 3 and 5. Some doctors say the study proves a need for social engagement therapies before the age of 3. Jones and Klin say they are hoping that this study could in time lead to preventative intervention.

Allen says if these studies are validated then it can have great benefits for those at risk of autism. She says early detection means early intervention.

"We know with children with autism, the earliest intervention provided at the highest frequency and the best quality leads to the best outcome," Allen says.

"You have a significant portion of children identified with autism who can enter regular education classrooms and become independent adults when they get the right intervention at the earliest age. That's the benefit of early detection."