Some children are hypersensitive to – or detached from – everyday sights, sounds, touches and tastes. Here's a look at Sensory Processing Disorder in children, and how therapy helps. 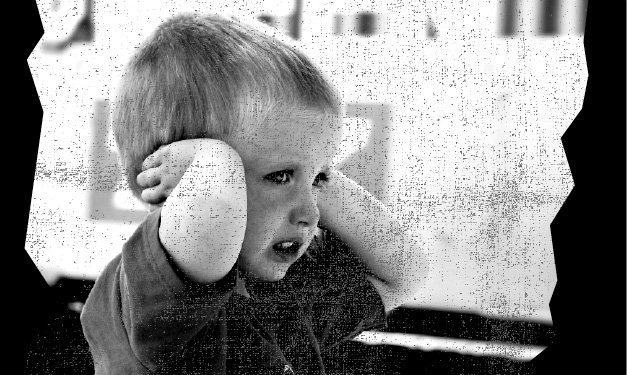 It looks a bit like autism – and a bit like attention deficit disorder. Hyperactivity and inattentiveness are a few of its characteristics – as are dyslexia, poor handwriting and an aversion to smells.

Because Sensory Processing Disorder, or SPD, is a feature of other neurological conditions like autism and even Tourette’s syndrome, a clear diagnosis isn’t always easy.

That, of course, can alarm and confuse lots of parents. Here’s deeper insight on SPD, from pinpointing it to treating it.

What is sensory processing disorder?

SPD is defined as “difficulty with processing sensory information” – be it via sight, sound, touch or taste. It expresses itself in contradictory ways.

Some kids withdraw from what feels to them like a bombardment of information. They might fail to answer when a parent calls, or seem to be on their own planet.

Others can be under-sensitive, sitting inches away from a TV at full volume unfazed, or poking and pushing others too hard.

The challenge for medical professionals is ruling out other, more serious conditions; the challenge for parents is to neither overreact nor dismiss their children’s odd behaviors.

“Say a child with autism engages in a lot of hand-flapping. It doesn’t mean that every child who does a lot of hand flapping is autistic,” says Dr. Harold Finkel, a pediatric neurologist with the Michigan Institute for Neurological Disorders in Farmington Hills. “You have to be careful about the diagnosis. It’s kind of fuzzy, because you’re looking at people with a slightly abnormal response to sensations.”

If the child doesn’t show signs of autism or obsessive-compulsive disorder, Finkle says, he or she might be referred for desensitization therapy.

Children with autism and ADD often have sensory processing issues, says Jessica Hunt, director of occupational therapy at the Kaufman Children’s Center in West Bloomfield – and children with SPD might also have auditory issues, causing balance problems. But she does regularly treat children with a “pure” diagnosis, as well.

Jonah Weintraub was one such case. His mom, Jennifer, sought the center’s help after seeing that her 2-year-old son was averse to things like walking on grass, hugging and even sunlight. He was exceedingly sensitive to food temperature, and he had speech and motor delays, too.

Weintraub’s husband, Mark, wasn’t yet on board, and Jonah’s pediatrician felt Jonah would outgrow his hypersensitivities and reach milestones on his own, if a bit later than average.

Weintraub, who then lived in West Bloomfield, went ahead anyway, relying on her intuition. Almost 10 years later, after daily and then weekly therapy at the Kaufman Center – which included deep pressure techniques, a brushing program, cranio-sacral therapy, therapeutic listening and other treatments – Jonah is perfectly average. (And dad even spent time lobbying Michigan lawmakers to mandate insurance coverage for the therapy.)

“You never know what caused Jonah to change,” mom says. “It could have been age, but I wasn’t going to be that mom who took that risk if it wasn’t the case. The most important thing is early intervention; you’re in trouble if you miss the window.”

The late A. Jean Ayres, an occupational therapist who died in 1989, named the syndrome (then “sensory integration disorder,” or SID) back in the ’60s.

She theorized that disordered sensory processing accounts for some learning disorders, and she prescribed a “sensory diet” that would help compensate in areas where there was hypersensitivity or its opposite, hyposensitivity.

Ayres’ work on SPD is widely respected in the field, but the condition is not recognized in the Diagnostic and Statistical Manual of Mental Disorders (DSM-5) – which can make therapy coverage tricky, insurance-wise (costs can pass $100 an hour).

Length of treatment varies from six months to two years. And the earlier it begins, the shorter it tends to be, therapists say.

With SPDs, occupational therapists deploy a variety of techniques designed to desensitize response – or, in some cases, increase sensitivity. It can be as simple as having a child sit on a ball, use a swing or trampoline. In some cases, it applies pressure to areas of the body that are under-aware.

“A lot of times it looks like play, but there’s a lot behind the play,” says Stephanie Ramser, an occupational therapist with the Building Bridges Therapy Center. The “play” therapy assists the child with improving motor coordination, balance and awareness of touch, Ramser says.

“The outcome we would like is to improve their ability throughout the day, whether it’s to be able to get dressed themselves or to read and write.”

Typical therapies might include deep pressure to the joints and muscles, deep hugs, brushing with a soft surgical-type brush, swinging, pushing and pulling – all designed to restore balance to the body and mind.

“When we treat these children, I use an eclectic approach, utilizing sensory integration theories and others,” Ramser says.

She adds that it’s critical to rule out other conditions before embarking on a treatment plan. The “on-the-go kid,” or the child who is constantly in motion is often misdiagnosed as having ADD.

“You can make a difference by adding sensory in,” Ramser says. “If a child is running around all the time, we might give him a sensory diet to give him what he needs throughout the day, so he can focus and perform tasks. A child with ADD would most likely not benefit from that.”

Occupational therapists say they often prescribe a program of therapies at home, like having the child carry a heavy laundry basket, turning off the TV or radio and getting rid of fluorescent light bulbs – which often irritate a child with SPD, says Becky Medcraft, a local occupational therapist.

“What I try to do is educate the parents on observing the child, seeing what sensory input the child is seeking, and trying to provide that sensation in an appropriate manner,” she says. “It’s a lot of follow-through at home.”

Medcraft, too, uses a variety of clinical approaches. Some work; others don’t.

“Sometimes, you get a response within a few weeks – and they’re subtle responses. A child may take a shower and may put their face in the water, or they may take a shower versus taking a bath. Even getting in a car isn’t a struggle,” she says.

“Other times, it’s not so quick – and we may begin to wonder if there’s something else impairing sensory integration and we need to do something different.”

Medcraft cautions against jumping to conclusions about a child.

“When you have (SPD), it interferes with daily activities,” she says. “I wouldn’t want every parent to think that if their kid is sitting in front of the TV not doing anything, they have (SPD) – or if the child is extremely active, it doesn’t mean they have (SPD).”