A local pediatrician weighs in on what parents should know about this research regarding the herpes-autism link. 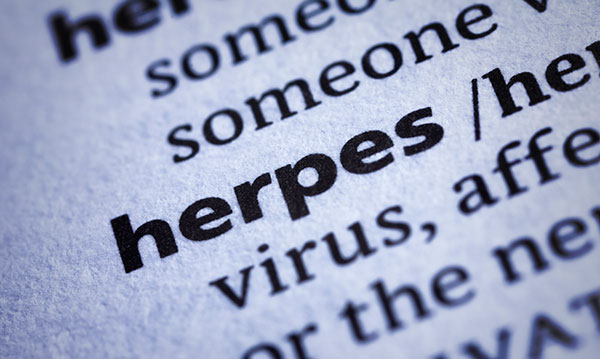 A 2017 study found that a mother’s infection with the herpes virus could be a trigger for autism.

According to an article in Science magazine, the Norwegian study found a correlation between active infection with herpes simplex virus type 2 during early pregnancy and the chance that a male fetus will develop autism. In fact, the risk of autism was doubled in this group of baby boys.

The research involved taking blood samples from more than 900 mothers, testing the samples for antibodies to five microbes that are known to damage fetuses. High levels of antibodies against HSV-2 during mid-pregnancy were linked to a doubled risk of autism among baby boys, while the other four microbes studied didn’t have that effect, researchers say.

The study concluded that while not all pregnant women with HSV-2 will have a child with autism, a herpes infection could be a trigger for autism in a subset of women who are genetically predisposed to strong immune responses to certain organisms, Science reports.

No conclusions were made about the effect on baby girls, the report says, as the study involved too few female babies.

“If it is valid it’s an interesting and intriguing point,” says Dr. David Obudzinski, a pediatrician with Beaumont Hospital – Royal Oak. “We’ve known for years that autism is probably genetic, a genetic load, meaning there’s probably predisposition that somebody may have and then along with an environmental injury or assault.”

Parents should keep in mind it’s not necessarily cause and effect, though.

“It may not be the actual virus itself,” says Obudzinski, who was not involved in the study. “The study actually says it may be the immunologic response that one has to the virus and whether that could be something that has some reaction prenatally.”

The herpes simplex virus is categorized into two types; type 1 causes oral herpes and type 2 is most commonly found in genital area.

“The hard part about the herpes virus is moms may not realize they even have it until a pregnancy,” he says. “Sometimes moms will have it and have a history of it but they may not have any active disease.”

Other studies have looked into other possible triggers for autism, Obudzinski points out, such as one that found a link between environmental exposures and autism.

“I think we need to be very concerned about that as well,” he says.

The possible relationship between herpes simplex 2 and autism will need to be further studied, he says.

“This is not hard and fast cause and effect. You just have to remember that,” he says. “We have some theorized possibilities to how it could come about but we don’t know what the relationship is.”

As more research continues to come out on the possible causes of autism, pregnant women and parents should work with their doctors to address any concerns and do the best they can to limit exposures.

“It would definitely be important to avoid whatever you can in terms of in the environment in and around where you live,” Obudzinski says. As for women who have had herpes simplex type 2, “Talk to your doctor and let them know in case the doctor doesn’t know and go over what could be done or what should be during the pregnancy.”

And importantly, all parents should be aware of the early signs of autism in children and the importance of early intervention.

“One of the early signs is when children don’t respond to their name around a year of age – then you should talk to your pediatrician,” he says. “Early intervention and treatment as far as ABA therapy for autism would predict the best outcome and the best for your child.”