Talking to Children with Special Needs About Sex 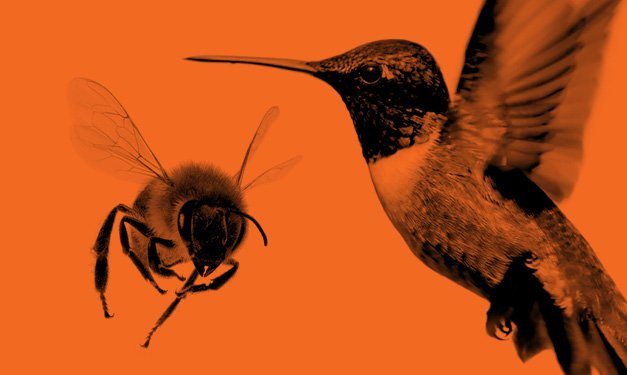 Having “the talk” is tough for every parent. But it can be especially challenging when your child has a developmental disability. Yet experts agree sex education is crucial for children with special needs – not only for their safety but their quality of life.

An estimated one in six U.S. children suffer from a developmental disability, such as ADHD, autism, cerebral palsy or Down syndrome, according to the Centers for Disease Control and Prevention. These children have the same sexual development and curiosity as typical teenagers, but the way they deal with them can be very different.

“Many people with autism are victims of sexual crimes, and it is important to have those discussions early,” says Stacie Rulison, vice president and COO of the Autism Alliance of Michigan. “It is also very important to explain what is and is not appropriate behavior in public and in private.”

Here, experts share tips on how parents can discuss the birds and the bees with their special needs kids.

About 70 percent of sex education should be done at home, according to Dr. Peter Gerhardt, chairman of the Scientific Council for the Organization for Autism Research. As a parent or primary caregiver, nobody knows your child better than you, so there’s no one more equipped to teach her the facts of life.

It’s up to you to determine how much information your child needs at each stage of development in order to explore her sexuality fully and safely, as well as how to deliver the message to best suit her learning style.

If there’s one thing experts agree on, the worst thing you can do is wait until your child hits puberty to start talking about sex. The first signs of puberty begin to crop up as early as ages 8 in girls and 9 in boys. Maureen Ziegler, autism intervention and education specialist for the START program at Grand Valley State University, recommends introducing children to sex ed as early as 6 or 7. Otherwise, children can be taken off guard by their changing bodies and end up confused, scared, frustrated – or worse.

“The more knowledge they have prior to that happening, the more prepared they’re going to be,” Ziegler says. “If you wait, you’re already in a crisis situation.”

Gerhardt cites research that shows most parents wait until their adolescent has engaged in inappropriate, offensive or potentially dangerous behavior before bringing up the birds and bees.

He recommends using the “five-year rule.”

Around 40 percent of children with autism spectrum disorder will be victims of sexual abuse at some time in their lives, according to Gerhardt. To reduce the number of people who have intimate contact with your child, he recommends teaching bathroom skills as early as you can. Make sure your child knows how to close and lock the door, use public restrooms and clean and shower herself.

“Teaching your child at an early age to be as independent as possible is a good sexual safety skill. Otherwise, you’re guaranteeing a paid staff person has to be with them the rest of their lives in those situations,” Gerhardt says. “Why take the risk?”

“Kids with autism, many didn’t have a really good social filter,” Ziegler says.

It’s important for families to carefully coordinate with caregivers as to how sexual situations and questions should be handled based on social norms, values and religious beliefs – and what materials, terminology and methods should be used. Special needs children may not be included in standard health classes where sexual education is delivered, but it remains a core educational consideration. Ziegler says it’s crucial to build consistency between school and home by openly speaking with teachers and anticipating issues that will arise.

“If we don’t all approach it in a delicate way, the student or parents, or the staff working with kids, may get offended,” Ziegler says. “It can get pretty awkward pretty fast.”

Use proper language and a serious tone, along with pictures, illustrations and other references to teach your child about the changes going on in his body, as well as how to differentiate between men and women, loved ones and strangers, and public and private behavior. Make sure the visuals are simple, clear and direct. Use photos of people’s faces to make sure your child understands a range of emotions and how different sexual situations can make himself and others feel. You can also incorporate anatomically correct dolls, medical textbooks, library books and Google images to convey information. Repetition is key.

Make sure your child understands appropriate social distance between people at school and at work versus close friends, family and loved ones. For example, when is a handshake the right choice instead of a hug? How can you discern when touch is consensual? Discuss personal space and how it can be respected or violated.

Studies have shown that adolescents and adults with developmental disabilities are more likely than their peers to engage in inappropriate courting behaviors, to focus their attention on celebrities, colleagues, strangers and exes, and to pursue their target for longer lengths of time. Ziegler says she has seen firsthand how teenagers who misinterpret behaviors can find themselves in trouble. She cites a boy at a high school dance who kept chasing a girl because he didn’t “get the hint.”

“Since she didn’t clearly say ‘no,’ he asked her again and again and again,” Ziegler says. On Monday morning, police showed up at school to deliver a sexual harassment charge that was later dropped.

“That was a very hard lesson,” Ziegler says.

Why? Because frankly there isn’t much. As a general rule, people with disabilities have less information about their own sexuality, and there is a lack of consensus in what kind of language and teaching methods should be used to help them. One thing is certain, though: Sexual development is universal, and your child will mature whether you like it or not. They have the same hormones, urges and choices as their peers. So trust your instincts and get down to the business of the birds and the bees.