The Importance of Racial Representation in Toys

A Detroit mom of two talks about the wake-up call she had while she and her daughter looked for a doll at Target and the importance of representation in toys. 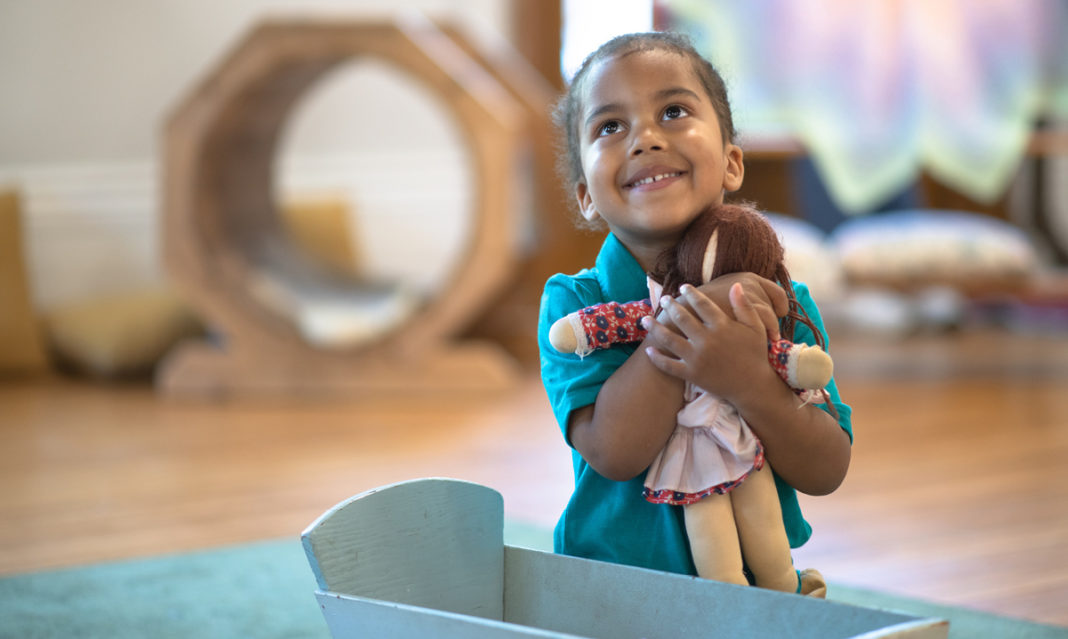 It wasn’t until a recent and promised trip to Target, for a new baby doll with my 6-year-old daughter, Aubrey, that I realized parents of Black children who are underrepresented are often tasked with teaching our children to navigate and survive a society that can give unintentional messages that may sometimes contribute to their child’s self-esteem.

“Mommy, I want a brown doll, can we find a brown one?” is all I heard as we walked up and down the doll aisles, back and forth, looking for a brown doll — or any doll that resembled my daughter.

What was meant to be a quick trip to Target turned into a 45-minute trip, as we went to two different stores, only to find one brown baby doll, which she already owned.

With no luck, we made our way back to the first store and were met with tears and disappointment as her father and I explained that we’d order a new doll that looked like her from Amazon.

Struggling to explain that her favorite didn’t have any baby dolls that looked like her, we settled for a doll that she liked, even though it wasn’t brown and didn’t resemble her. If she was happy, we were content, but I could not help but think to myself, “Why are Black dolls and toys absent from the shelves of so many stores, especially on the shelves of a big chain store such as Target?”

Why is it so important that Black children see dolls, toys and characters that represent, resemble and depict them you may ask? For a short period of time my daughter would only play with dolls who only resembled Elsa and Anna of Disney’s Frozen.

Even while choosing her Roblox characters she always went for the lighter shades and none of the darker shades that resembled her skin tone. Did she believe that lighter skin tones or white baby dolls were prettier or better? Should I be concerned? Was it because she was the only little Black girl in her class at the time?

As a Black parent, I knew that it was important that she and other Black and brown children become acclimated to who they are, both racially and culturally. I grew up with Black barbies — Skipper to be exact — a Black baby alive, a Black baby tumble surprise and rag doll my mom gave to me at the age of 9 years old that I still have and cherish today.

According to the 2019 Census, 13.4% of the population is Black, while Hispanics and Latinos make up 15.3%, enough for toy companies to market more Black and brown dolls and toys.

How was my daughter going to feel confident about the color of her skin and embrace who she was through play without toys that resemble her?

With the current state of the world and the many social injustices that Black people are faced with, it is time to increase intentional racial socialization and inclusion.

A history of exclusion

In the 1940s, Black dolls did not exist, and children were forced to paint their dolls Black and brown.

Though Black dolls are available 60 years later, they still reflect the imagery of mainstream America and often do not display darker shades, wider noses and fuller lips.

Dolls and toys are more than playmates, they equip children with confidence, ideas and dreams that they will carry into their adulthoods. It is important that we strive to foster positive identities of our children, so that they are proud of the many aspects that makes up their identity.

Because the media, TV and shelves at major chain stores will not overly display positive images of Black people and that is the main reason why I am committed to teaching my children that it is okay to love themselves.

Building a child’s self-esteem isn’t an overnight process, it takes daily work and awareness. I will continue to reinforce positive imagery as much as I can while continuing to share transparent conversations and affirmations.

If you’re white and you take a stroll down the toy aisle with your child(ren), there is a good chance that majority of the dolls and toys will resemble him or her. Like our most recent trip to Target, Black children often play with white dolls because they are most widely available.

As white children have long had an abundance of superheroes, dolls, movie characters and cartoons who they may resemble, remember the world is a much more diverse place and it is never too early to become intentional with social realization.

Find more information and resources about race and racism on our Talking About Race page at MetroParent.com.