Why Parents Took Their Kids to Black Lives Matter Protests

Protests are important catalysts for change and can also serve as a learning experience for kids. We caught up with two moms who took their kids to BLM protests to find out why. 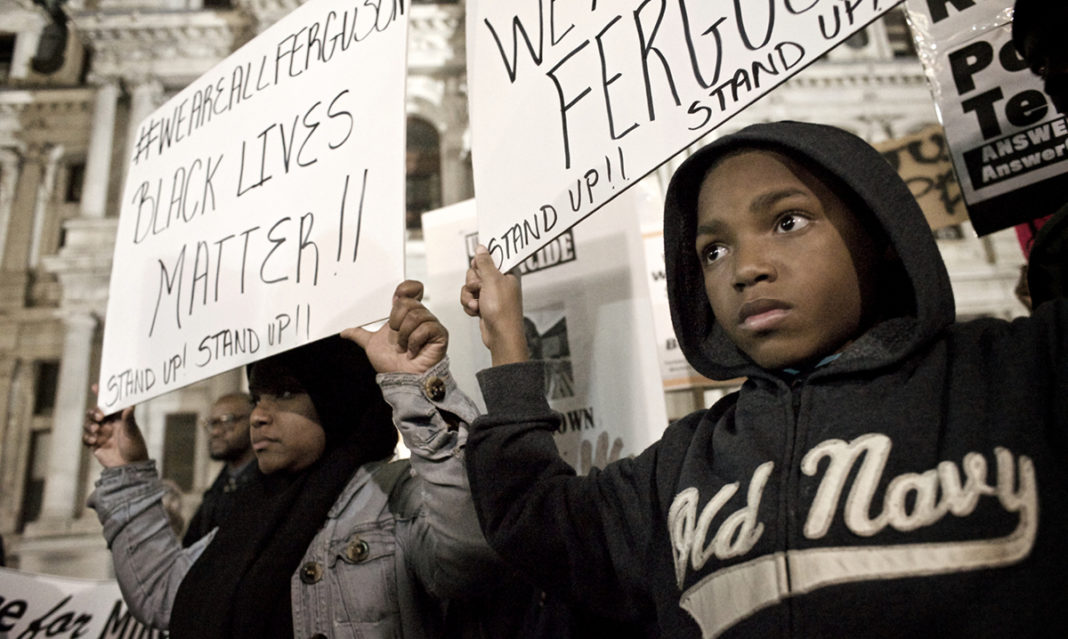 Back in May, the death of George Floyd at the hands of police officers sparked outrage, international protests against police brutality and racism and a call for systemic change.

Detroit and Chicago were among the cities that rose up for this cause — and among the mix of marches, slogans, speeches and signs at these protests were local kids.

We sat down with two moms — one living in Detroit and the other in Chicago — to find out why they chose to take their kids to Black Lives Matter protests, what their experience was like and key lessons they hoped their kids learned from the experience.

Teaching lessons and taking a stand

The issues of police brutality and racism affect all of us, kids included. For Darienne Page, a Black mom of two daughters, ages 4 and 6, the decision to take her kids to one of the Chicago protests was personal. Since their home was near the center of the protests, some of which she says caused community destruction, her daughters wanted to know what was going on.

“We tried to shield them from it, but we thought it was important for them, as two young Black girls coming up in this country, to learn about it,” she says. “My children are Black. This is their life and it’s important for them to realize that ‘Black Lives Matter’ is the minimum. (They need to know that) they are worthy, they are important (and) they are valuable.”

For Detroit mom Rebekah Page-Gourley, who is white, the decision to take her then 7-year-old son to a protest was one of responsibility toward others. “I think that participation, our family’s participation, in the Black Lives Matter movement is taking ownership and responsibilities as allies to speak out,” she says. “Anti-racist work should not just be left to Black people and it includes all ages — it’s not just a grown-up issue.”

Both moms were thoughtful in their preparations for the protests. Page chose a protest with a route she was familiar with near her home. Page-Gourley decided on a protest held in the Dequindre Cut, which is near their home and she knew was a place they could socially distance due to the pandemic.

Prior to the protests both moms talked with their kids about the Black Lives Matter movement and what to expect at the protest. “My oldest has aspirations to be a police officer, and I am challenged by that, but I want her to know some of the things happening in her neighborhood and communities are not right,” Page explains. “We had conversations about what happened to George Floyd, how people judge you based on the color of your skin and how racism is unfair in a way that makes sense to them” Page-Gourley, who actively works to make social justice a part of her son’s life, also talked to him prior to the protest, including what he should expect from the event and why the protest was happening. “He’s very well aware of Black Lives Matter and we had talked to him about the most recent incidents and let him ask questions and talk things through,” she explains. “It’s a protective impulse of thinking that kids are too young to talk about this kind of thing, but as many Black parents have pointed out, the privilege of holding off on that conversation is with white parents. Even if we don’t have a good answer for why, we still try to raise the issue and answer his questions as best we can.”

Protesting as a family

On the day of the protest, Page worked to ensure that her kids would feel comfortable throughout the day. Ahead of time, she looked at who was organizing the protest, connected with other families planning to attend and made sure that her kids had everything they needed.”I made sure they had water, that they were in a wagon, that they had their face masks, hand sanitizer and snacks,” she says. She also kept a close eye on what was happening to ensure she could remove her kids from any intense situations if they arose.

Page and Page-Gourley say they didn’t hit any big issues, that their kids had positive experiences and their kids’ participation was well-received by organizers and other protestors. Page-Gourley says her son had many positive reactions about the signs that they made and that he noticed it was a community effort. “I think that the protest made him understand the reality and magnitude of (Black Lives Matter). When you talk to a kid about things that are going on — the people that have been killed, police brutality and concepts they haven’t witnessed in their young lives — it puts them into an environment where people in their community are passionate,” she says. “It took it to another level making it real for him.” She also feels that taking her son to the protest really empowered him to take a stand for what’s right. “I think that what has become clear is just not being racist is a very amorphous stance to take. It doesn’t require any real action or change on your part or growth or compulsion to stand up,” Page-Gourley explains. “The concept of being an anti-racist is much more. It gives (kids) the tools to say ‘there are things that I can do.'”

After the protest in Chicago, Page made it a point to talk to her daughters about the world, that there are both good and bad people in it and that policing doesn’t always work for all communities — but that there are people trying to improve that. “In our house we talk about love a lot, and that we only talk to each other and touch each other out of love,” Page says. “I hope they understood that even though people are hurt and upset, we need to get to a place where we can love each other regardless of the color of the skin or if they’re a boy or girl.” “There are going to be good interactions with the police, but we’re seeing more negative interactions,” she adds. “(I want my daughters to know) that anytime they see something bad happening, that they should be able to talk to an adult.”

For more information on raising anti-racists and Black Lives Matter, visit the Talking About Race page at MetroParent.com.