Bad dreams are inevitable. Here's how parents can help young children through the stuff of nightmares. 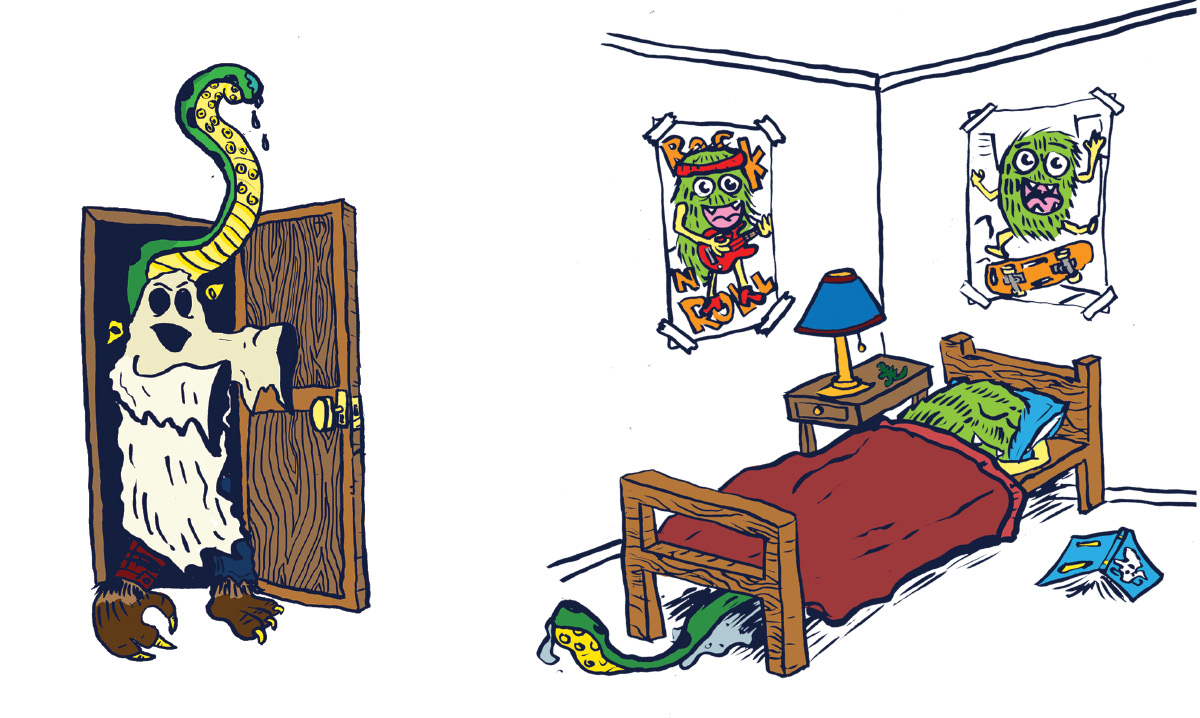 It’s completely normal for kids to have bad dreams. Eric Herman, a clinical psychologist with Children’s Hospital of Michigan in Detroit, says dreams arise from something we experience during the day. If we’re still thinking about it before bed, it can slip into a dream.

When those things are negative, though, it can quickly turn a child’s peaceful slumber into tears and fears.

By age 2 or 3, most kids can express that they’ve had a nightmare, Herman says.

“They’re aware enough to talk about it,” he explains. They may be upset and think something bad is happening to them or someone they love. “Kids usually dream about something scary,” Herman adds. “Typically monsters or ghosts – things that want to get them or eat them.”

Some dreams have no direct reason, it notes, while others are triggered by something a child has seen or heard – sometimes real and sometimes make-believe.

“Stress and traumatic events can affect them,” too, Herman says.

Although bad dreams are bound to happen, factors like a consistent routine and ensuring kids are in a good mood before they go to sleep can help.

Shielding kids from scary movies or TV shows is a good practice, John Hopkins points out, as is reading a bedtime story or chatting up “happy or fun things” prior to lights-out, such as a favorite moment that day or upcoming exciting event.

And keep communication open before bed, Herman says. It’s important for kids to be able to share what’s going on in their lives – especially what’s bothering them.

“The main thing is to have a good relationship with the kid and not be afraid to talk to them,” he says. “You want them to know they are safe.”

When nightmares strike, it’s OK to comfort and cuddle your child. However, Herman suggests, “Leave them in their own bed if they wake up with a bad dream” instead of scooping them into yours. “You want them to be able to address the problem” on their own, he says – a key life skill.

From there, talk to your child in the morning about the bad dream. The main thing to focus on is that their dream was not real.

“Talk about imagination and the things that scare us,” Herman says, and explain the difference between reality and a dream. At the same time, reassure your child. Say, “I understand that things can be scary sometimes,” he suggests. Then go on to say there’s no such thing as monsters and kids are safe in their beds.

Before bed, leave your child’s door open if needed. A soft nightlight or stuffed animal can also help. “This teaches them to cope and be brave,” Herman says.

Avoid bright flashlights or “monster spray” – typically a spritz bottle filled with water and maybe a few drops of essential oils. “It makes the issue seem more real,” he explains.

If it gets worse

“If you’re noticing that the kids are not sleeping on a regular basis or are having bad dreams more than a few days a week,” Herman says, seek a doctor’s help.

Something could be causing them anxiety during the day – such as being away from mom or dad, starting a new school or a scary show – and they don’t know how to cope with it. Targeting these issues could be the key to sound sleep.