Toddler Body Rocking: What It Looks Like and How to Address It

Notice your toddler body rocking? He or she isn't alone! A Henry Ford Health System expert explains why 'body rocking' is typical in toddlers and what parents can do to address it. 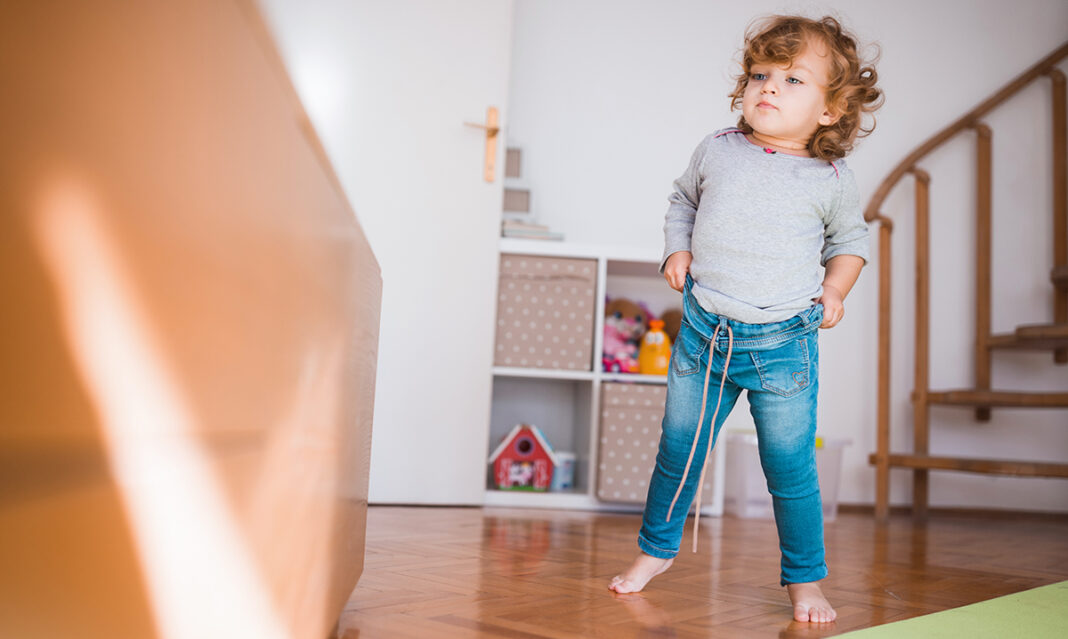 Small children often rock back and forth. These motions — in which the entire body rhythmically moves or, in some cases, the head thrashes — are pretty common behaviors, says Dr. Leonard B. Pollack, a Henry Ford Health System pediatrician.

If it’s an occasional occurrence, he notes, it’s entirely normal; in rare cases, though, it might be a sign of autism or a related issue.

Body rocking in toddlers can start as early as 6-9 months, the Cleveland Clinic reports, and continue for a few years.

“It’s usually the kid sitting on the floor with his hands on the floor between his legs, literally rocking back to forth,” Pollack says. It can happen standing or sitting, the clinic notes. Sometimes, a child lies down and bangs his head into a pillow or mattress or, if standing upright, against a wall.

“Usually it’s a pretty rapid rocking – every one to two seconds,” Pollack says, and, in most cases, “won’t be more than a few minutes.” Humming and vocal sounds may occur too but, Pollack notes, that “doesn’t really distinguish normal from abnormal.”

Why do children ‘body rock’?

Attention-grabbing can be one culprit, Pollack explains: “It’s more pronounced if they are very tired or if the child is very bored and nothing is stimulating them.”

Older toddlers “may not want to nap or go to bed, so they could be doing anything to avoid that,” he notes. However, it’s typically not a willful tactic. “If you think of children that age, when they’re doing something intentional, it doesn’t last long. They’re unlikely to stick with anything for a couple of minutes.” Toddler body-rocking shouldn’t be confused with typical tantrums.

Although kids are generally too young to explain why they’re doing it – and may not even fully realize what they’re doing – body rocking is often benign and ends around age 4. By that point, Pollack says, “They develop other ways of keeping themselves entertained or stimulated.”

How to address body rocking in kids

Trying your best to ignore body rocking episodes is key, Pollack notes, since it’s a common movement for a child.

Pollack continues, “As long as it’s within the normal range, the more we ignore it, the quicker it will go away.” Still, pay attention to see if it gets better on its own.

“Discuss it with the child’s physician after getting an idea of how frequently it occurs and if it’s affecting everyday life in a negative way.”

Could body rocking be something more?

“Certainly, if you have a child so engrossed in doing it that you can’t get his attention,” Pollack says, it could be a bigger issue. In extreme cases, a child body-rocks because he can’t help it.

“It can be an early sign of autism,” Pollack says. “Head banging goes with it sometimes, and it could be a sign of a significant neurological problem.”

Body rocking also can be a result of Rett syndrome, which can cause behaviors like “repetitive hand movements, prolonged toe walking, body rocking and sleep problems,” notes the Autism Research Institute’s website.

But as a general rule, Pollack reminds, staying calm and not making a big deal of standard body rocking in toddlers is the best method. “It isn’t until they get older that they realize not all attention is positive attention,” he says.

To schedule an appointment with Dr. Leonard B. Pollack or another Henry Ford doctor, visit henryford.com.

MetroParent.com is loaded with great info for parents. Here, we've listed the best of the best posted this week for you to thumb through at your convenience.
Read more
Attractions