Deadly Blue Whale Challenge May Be Linked to Teen Suicides 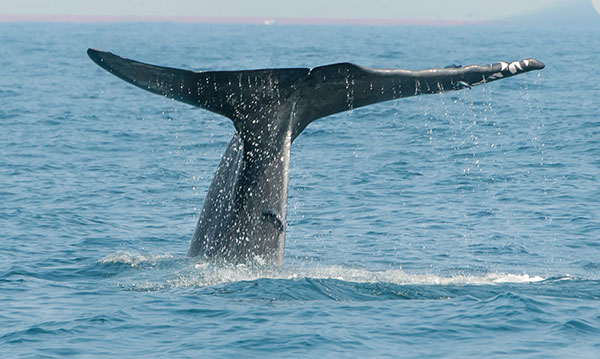 The Blue Whale challenge has made headlines as two Texas-based parents claim the online dare “game” led to the suicide of their 15-year-old son. According to reports, the “game” involves 50 days of challenges that range from watching horror movies and self-mutilation and end in suicide.

While the Blue Whale challenge has yet to be confirmed, it joins other dangerous teen dares that have drawn attention in recent years, ranging from the duct-tape challenge and cinnamon challenge to the debunked paracetamol challenge – and plenty of other social media-fueled risky adolescent fads in between. Controversial Netflix series 13 Reasons Why has also thrust the issue of so-called “glamorizing” of teen suicide into the spotlight this year.

And Blue Whale is especially ominous in just that – its alleged dare to young kids to take their own lives at its conclusion (a mobile phone was found by the Texas boy’s body that was reportedly live broadcasting his death).

Local experts say parents should be aware of the warning signs of suicide and remain vigilant of their children’s internet use.

Oakland County Sheriff Michael Bouchard says that his office hasn’t had any reports of the blue whale challenge locally, but that doesn’t mean there isn’t a threat that something like it could happen in the metro Detroit area.

“We regularly see bullying and things enticing kids to do things up to and including suicide,” Bouchard says. “The most important thing for you to do is stay attentive. Even good kids make bad choices. It can happen to any family in any community.”

Bouchard says the department deals with suicide on a near-daily basis, and often it involves teens and young adults. He says there are resources available locally to help parents protect their children – everything from computer monitoring software to check up on their online activities to videos and books about how to have a conversation about suicide with kids.

“We tell parents to look for dramatic changes in behavior, attire and friends. Any of these are things that require parents to tune in immediately,” Bouchard says.

Bouchard says local youth assistance programs, such as the Oakland County Youth Suicide Prevention Task Force, can also provide assistance when it comes to addressing suicide and depression in teens.

Hanna Cassise with Oakland County Health Division, who chairs that task force, says her department is aware of the Blue Whale challenge. She says while it’s still unclear whether it’s a hoax, the task force is monitoring the situation to help in any way it can. Parents can help keep kids safe firstly by initiating a conversation about internet safety, she says.

“It is important for parents to keep track of their child’s online activity and have the tools to have an informed, caring conversation about it,” Cassise says. She offers these tips as a place for parents to begin those discussions:

Talking with kids about suicide

Cassise said parents also need to address the topic of suicide with the children.

“Many adults are afraid to discuss suicide with their child, fearing it will give them the idea to try it,” she says. “However, research shows that more discussion about suicide is better, not worse, to create a loving and supportive environment. The task force created a parent toolkit that includes conversation starters about suicide and other related topics.”

According to Cassise, parents who are concerned their child may be contemplating self-harm or suicide should remain calm, be nonjudgmental and listen to understand. She says they can call the local Common Ground at 800-231-1127 or their doctor for added support – or call 9-1-1 or go to the nearest hospital emergency room.

The National Center for Missing and Exploited Children is aware of online “games” like the Blue Whale challenge, Cassise adds. She says parents should report it and similar activities to the center’s cyber tip line at 800-THE-LOST.