It started out as a school project and transformed into a business opportunity for this downriver teen. Get the scoop on the Detroit Salsa Company and how it formed. 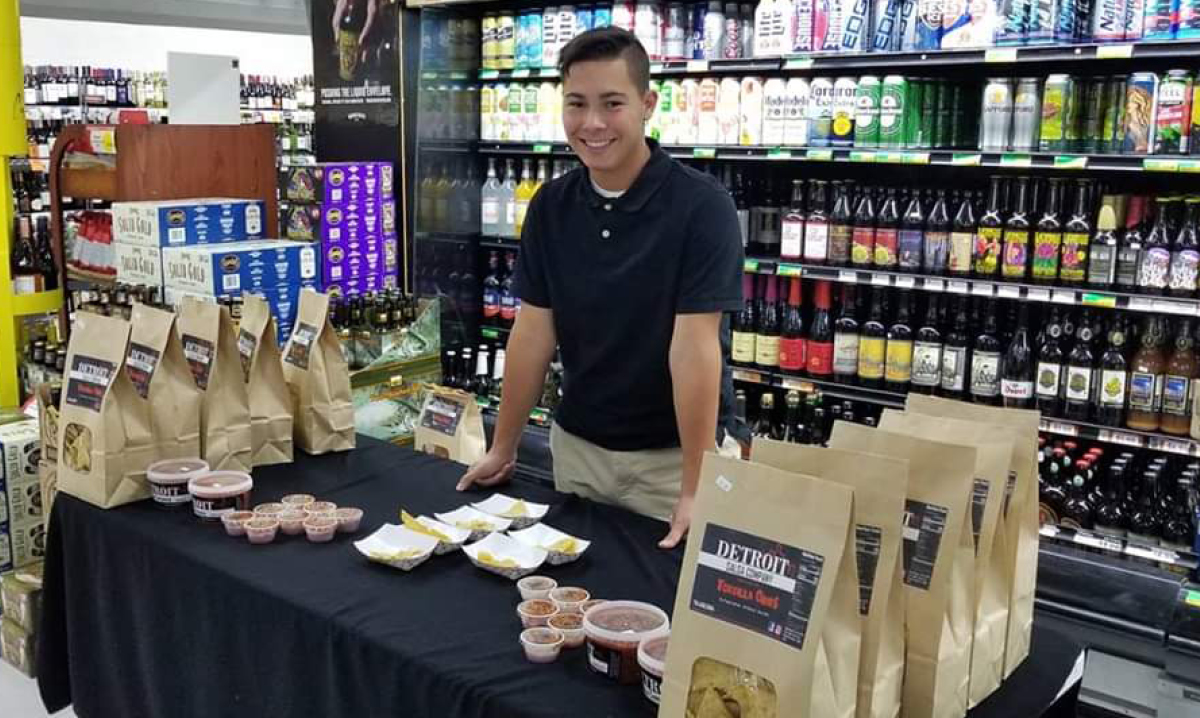 In seventh grade, Finn Gomez was given an assignment many kids dread – come up with a business for a product to sell to your peers. But Finn, now 16, created the Detroit Salsa Company – and his wares are now sitting on local markets’ shelves.

We caught up with this young entrepreneur in Allen Park.

“I couldn’t have done this without my grandma,” Finn says. “She gave me the recipe, which was my great-grandmother’s, and said I was welcome to do this as long as we keep it in the family.” Finn, his twin and their younger brother work with their parents to make the salsa, label it and deliver it to 12 local stores.

“We’ve always been close, but now we have more in common,” he says. “It went from hanging out in the living room watching TV to peeling tomatillos in the kitchen together.”

Finn has a knack for marching to the beat of his own drum. Earlier this summer, in fact, he attended a music symposium in Indiana to learn about being a marching band conductor. After seven years of playing trumpet, he’s ready to lead.

He’s also mastered hearing loss, which he was born with, to get where he is. “It’s the only thing I’ve ever known, so I don’t see it so much as a challenge,” Finn says. “I’ve always been involved with music and just moved past my hearing loss and not let it hold me back.”

He’s using that same determination to propel his startup business. “It’s not corporate, it’s family. It has to have fresh ingredients and love, so the funding can be quite a challenge.”

Detroit Salsa Company hosts fundraisers, has sent a Wyandotte Boy Scout troop to camp and donates to the Downriver Community Band – which Finn plays in. “It’s just great to be able to give back to a community that has given us so much.”

“We’ve seen nonstop growth since starting,” he says. “I’d love to have a Detroit world headquarters one day.”