It can be tricky for parents to know protocol when it comes to that first gynecologist appointment. Here's what you need to know — plus special tips for dads. 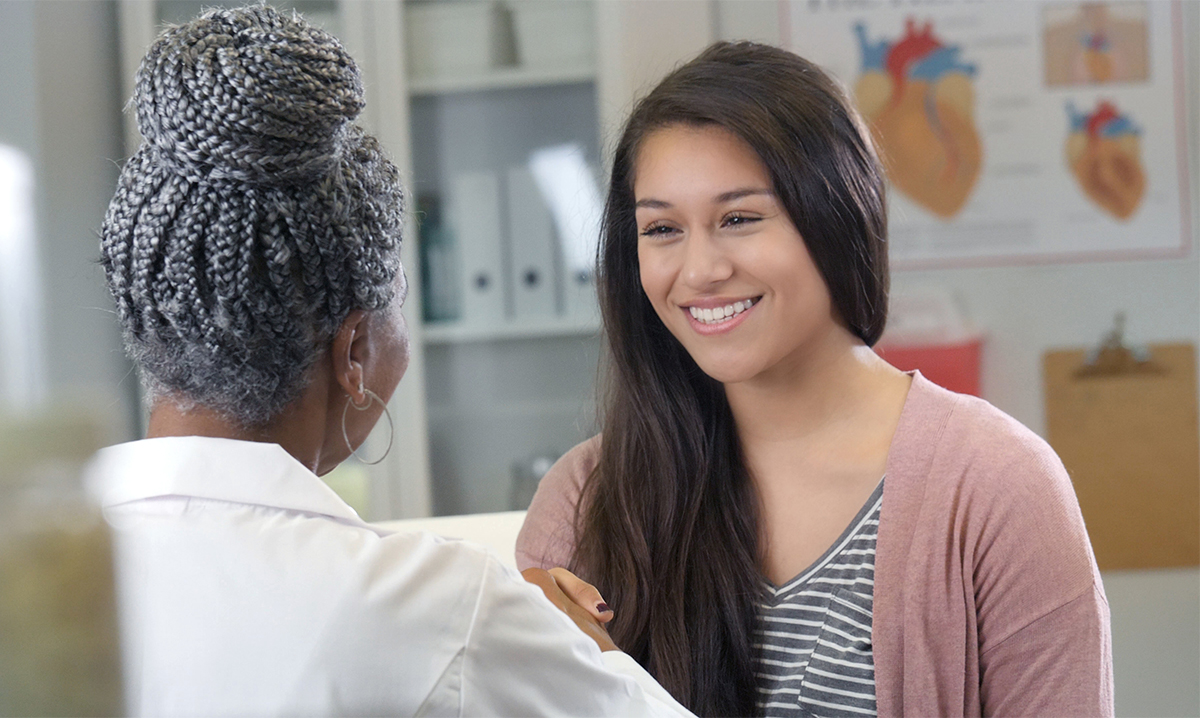 If you have a daughter, one thing you’ll inevitably encounter is a first gynecologist appointment — that is, a medical professional who specializes in the female reproductive system and breast health. And you’ll likely have some questions.

When should I make her appointment? What should I expect? What about privacy issues or sensitive subjects?

Girls have their first gynecologist appointment in their early teens — well before many begin having sex. Still, that subject can get controversial when it comes to this very routine appointment for teen girls. Rapper T.I. for example, grabbed headlines last year when he declared on a podcast that he accompanied his daughter, then 18, to the gynecologist every year to ensure her hymen is still intact.

While that’s no sure-fire guarantee of virginity, many experts counter, it does bring up questions about parents’ role in their daughter’s gynecological health — and how to navigate it, especially as a dad.

We asked Dr. Melina Dendrinos, a pediatric and adolescent gynecologist from the University of Michigan Von Voigtlander Women’s Hospital in Ann Arbor, to weigh in on the subject.

“The professional organization we use, the American College of Obstetricians and Gynecologists, recommends that girls between 13 and 15 should have their first gynecologist appointment,” Dendrinos says. At that age, “It’s basically just to build a relationship and screen for any issues.”

She explains some issues at this stage may include irregular or heavy periods, painful cramping and if they haven’t started their period yet.

Parents don’t have to make an appointment as soon as their daughter starts their period, though. Instead, they should schedule it when their daughter is between 13 and 15 years old — whether she’s started it or not.

What happens (and doesn’t)

Usually, your daughter’s first gynecologist appointment is just to get acquainted with the doctor and talk about her development, and a traditional exam does not take place.

“Often, girls will not need any sort of pelvic exam at their first visit,” says Dendrinos. “Whether it’s needed, and which parts, depend on the presenting issue and the age of the patient.”

From the ages of about 15 to 21, “The annual visit is usually more of a conversation,” as the Tufts Medical Center in Boston puts it. Doctors also talk to young women about contraception and sexually transmitted infections, or STIs.

“Regardless if the patient is sexually active or not,” Tufts notes. “It’s important to arm young women with the knowledge they need to protect themselves from infections and unplanned pregnancy.” It also discusses HPV vaccines and home breast exams.

Again, that pelvic exam doesn’t happen right away. It usually “won’t be until around 21 years of age or if she has any vaginal symptoms,” Dendrinos says.

The first Pap test also happens at age 21 to check for cervical cancer and HPV. That test then happens every three years until age 30, Tufts adds.

Dendrinos says it’s a good thing for a parent to be at the initial appointment — at least for some of it.

“Parents will have the opportunity to voice any concerns,” she says. “They should also expect that the doctor can speak to their daughter alone, which can be surprising to people.”

Although she’s never forced a parent to leave the room, Dendrinos says there have been times parents disagreed with her speaking to their daughter without him or her.

“I’ve been in this specific field for six years now, and it’s only happened a couple of times,” she says. “When it comes to matters of confidentiality such as sexual activity, substance abuse and mental illness, it would help them be more honest if their parents were not in the room.”

If the father is making any of those early appointments, it can be a bit more awkward for dad and daughter alike. But that doesn’t mean it isn’t important.

“I think that just opening the door to the discussion — he can still bring the teenager into the visit even if he doesn’t want to get into the discussion himself,” Dendrinos says. Being supportive is what’s most important, she notes.

“I think some dads do tend to bring their teenage daughters in more often because they want someone to check on these things, and (they) don’t feel comfortable talking with them about that,” she says. In general, “Parents usually ask specific questions about the reason for the visit.”

It’s important for parents to brief their daughter on family history beforehand, especially if they’re not going to be in the room with her. If she doesn’t think she will remember it all, have her write it down or jot it in a note-taking app and take it in with her.

Before she writes that list, talk to your daughter about what will happen at the visit, so she isn’t embarrassed or uncomfortable. The doctor will have to ask her questions she isn’t used to answering — especially out loud and to someone new.

When talking to her teen patients, Dendrinos asks “questions about periods (how often, painful, etc.), how school is going, what they do for fun, how their mood is, if they’re dating, if they’ve been sexually active, if they’ve tried any smoking, vaping, alcohol or illicits,” she says. This way, the doctor can help get a handle on things before things become an issue.

Moms and dads should tell their girls to be honest with the doctor and explain to her that everything she says to the doctor is confidential.

Also, “Parents should counsel them and tell them that it’s similar to their wellness checkup,” Dendrinos says. “Tell them it’s just to make sure that development is happening and that their periods are normal.”

It’s also a good time to talk to your daughter about feminine hygiene, if you haven’t already.

Parents should stress the importance of their daughter communicating with them, even if the subject is embarrassing.

“Kids are hopefully getting information in sex ed at school, but it’s great to reinforce that information at home and also let them know that you’re available and open to questions and concerns on this matter.”

If you don’t know what to say to these types of questions, try getting resources so you’re ready to answer when asked.

“There are some excellent books to help with this if it feels uncomfortable or awkward,” she says. “Pediatricians can also give guidance on this issue.”

“I have had parents bring them in to see if they were still a virgin,” says Dendrinos. “But you will not be able to see from a pelvic exam if someone is sexually active.”

So what about the case of the rapper T.I.? In the interview he did, he spoke about how his daughter’s doctor looks at her hymen — a thin membrane surrounding the opening to the vagina — to make sure it’s still the same. The hymen can change from horseback riding, bike riding or playing sports, but T.I. maintained that his daughter doesn’t do anything that could change it — and, therefore, it’s a fact that she is a virgin if it’s the same as the previous year.

“The size of the opening of the hymen cannot be correlated to sexual activity though,” Dendrinos says. “It’s great that parents are proactive and bring their daughter, but the goal should not be to get into the details and their personal life.”

It may be hard for dads and moms to take their daughter to their first gynecologist appointment. While it might be a little unnerving, it’s important to remain calm and show your daughter this is a natural part of life.

A mom may something like, “I go to the gynecologist every year to make sure everything is functioning normally, and I think you should to.”

And a dad may say, “I care about you and want to make sure you have someone to talk to about what’s happening to your body since you’re becoming a young adult.”

Parents shouldn’t make it only about sex, but should give their daughter a heads-up that the doctor is going to be asking those types of questions. They should say, “Please be honest with your doctor, because it is important that they know what is truly going on so they can best assist you.”

As long as parents are giving their daughter the right tools and letting them know what they can expect at their appointments, those early trips to the gynecologist should become as comfortable and routine as a stop to any doctor.