Fudging the Facts: Why Some Tweens Tell Tall Tales

A local psychiatrist weighs in on what to do when your tween's imagination hits overdrive. 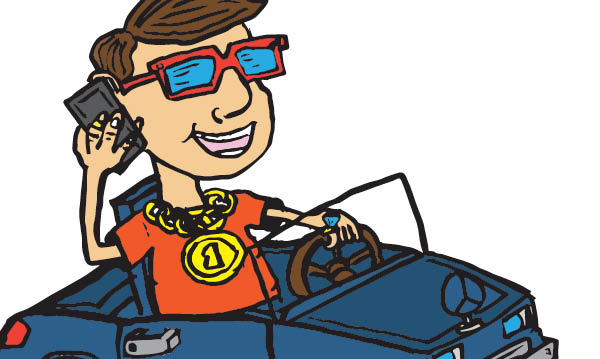 While chatting with the mother of your child’s friend, she asks how your trip to Australia was last summer. She wants to know if you were scared to swim with sharks at the beach your son mentioned. But you’ve never even been to the Southern Hemisphere.

“People certainly lie throughout their lives,” says Kristine Roth, a pediatric psychiatrist at Henry Ford’s Troy location, “but tweens oftentimes tell tall tales because they want to mask insecurities and seem cool because they’re afraid they won’t be accepted.”

Why do kids lie?

“At 8-12 years old, kids have a stronger sense of themselves, and they are more aware of the social environment around them,” Roth says. “They start to see how people formulate opinions and thoughts and how social structures work.”

This sudden awareness puts pressure on tweens to stretch the truth to fit in.

“In their world, they don’t wanna stand out, they wanna fit in. So they just will sometimes say something that’s not the truth in order to feel like they’re part of the crowd.”

Roth adds that if tweens get the cue from a parent that fitting in is paramount, he or she might start to tell lies to be more like everyone else.

“Parents themselves have to model behavior,” she says. “If you place a lot of emphasis on material things – clothing, how big someone’s house is, how much they travel – if your child hears that, they’ll also place importance on that.”

How to spot a tall tale

“Their lies could be anything from ‘I traveled to Egypt’ to ‘I got ton of clothes from a certain store,'” Roth says.

Sometimes it’s an act of one-upmanship, she adds, like when one kid says she has 100 Pokémon cards, so another kid, feeling insecure in his own collection, says he has a million.

“They try to keep up, so if someone says they have done something, they think, ‘If I have done this thing or better, then I’ll be cool.'”

The first line of defense for parents trying to cut out tall tales is to make children feel accepted and loved, says Roth. “The more content and comfortable the child is, the less likely they’ll feel the need to compete.”

A few ways? Support kids in developing their interests and hobbies, she says, and focus on your child’s skills when you offer words of praise.

“Encourage your child to laugh with you and to laugh at themselves,” Roth adds. “A good sense of humor is very important to handling life’s challenges.”

Another approach is to confront the tall tales head on.

“If they’re lying about a piece of clothing they don’t have because their friends have it, talk to them like, ‘Do you think if you have that piece of clothing, you’ll be more accepted?'” she says. “Try to explain to them that isn’t what’s important, and you love them no matter what. So much of it stems from insecurity, so if your child is really lying a lot, you need to address their social confidence and esteem.”

When lies get out of hand

If a child gets caught in a lie, it could exacerbate the problem.

“People will label this child as someone who doesn’t tell the truth and who brags about things they don’t have or lies about things in order to be cool,” she says. “They can be ostracized or teased, and they’ll feel even worse about themselves.”

Working with professionals is another option if the lying becomes extreme.

“It’s not easy to come terms with being different from others, but it’s an important thing to come to terms with.”