How to Talk to Teens About Underage Drinking, Drugs

While summer is when more teens try drugs or alcohol for the first time, partying can happen any time. Parents can help prevent this risk-taking behavior. 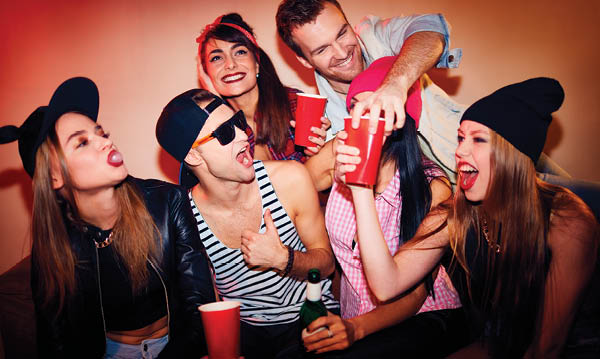 Whether school is out or in, parents have to worry about teen partying.

It’s true that when school’s out, party time is in. For many teens, summer is the time when risk-taking behavior hits an all-time high. In fact, according to a study done by The National Survey on Drug Use and Health in 2012, underage drinking and drug use increases above the yearly average in the summertime.

“In the summer, they have more time on their hands, and peer acceptance is important for them,” says Teresa Sandner, the parent education program coordinator at CARE of Southeastern Michigan. “Parents may not see them as much and they’re not as supervised.”

Even still, with school back in session and hangouts happening on the weekends, after football games and following dances, there’s a risk of teens getting into trouble. So, what can you do as a parent to help prevent this risk-taking behavior in your teen?

Start the conversations early and have them often, she suggests. Parents should have more than one conversation about avoiding drugs and alcohol.

As the saying goes, knowledge is power, and Sandner believes that knowing the dangers of drugs and alcohol will help teens to avoid them.

Drugs can have lasting effects on relationships and friendships as well as academics, and drinking can influence driving and brain development.

And if you have a relative who is an alcoholic, take note.

“It is most important to know family history,” says Sandner. “They may have a predisposition to addiction.”

Look for teachable moments, she adds, and do not wait for kids to approach you. Honesty and openness will make for a better relationship for a parent and their teen.

If you know your child has been engaging in underage drinking, taking drugs or any other risk-taking behaviors, but aren’t sure how to address it, Sandner offers suggestions.

Parents have yelled and punished forever, but Sandner says the best way to go about this is to make sure that the child understands that this behavior is unacceptable and illegal.

There are plenty of classes, as well, parents can use as a resource for their child to help educate them on the dangers of substance abuse. Sandner suggests that parents use these as tools to avoid these situations in the future.

And if it is a serious problem, Sandner tells parents to seek help.

How to set a good example

“Parents think they don’t have influence,” says Sandner. “But they really do.”

Many parents think if they let their children drink or smoke with them, they won’t be as inclined to try it outside of the home, but Sandner believes just the opposite. If teens are allowed to do it in the house, they will feel OK doing it with their friends, too.

Parents should instead put good family values in place and make sure their child understands them. “Kids who hear that are less likely to experiment,” says Sandner.

Teens may also just be trying to push their parents’ buttons, but it is important to take a deep breath and just listen to their children’s views, then provide their own, suggests Sandner.

Mutual respect and listening is also important for all aspects of the parent-child relationship, but especially for these situations.

“The biggest deterrent is having a good relationship,” says Sandner. “They don’t want to let their parents down.”