Daughter's room look like a shrine to One Direction? Don't sweat. Teen celebrity crushes are usually innocent (and totally normal!). 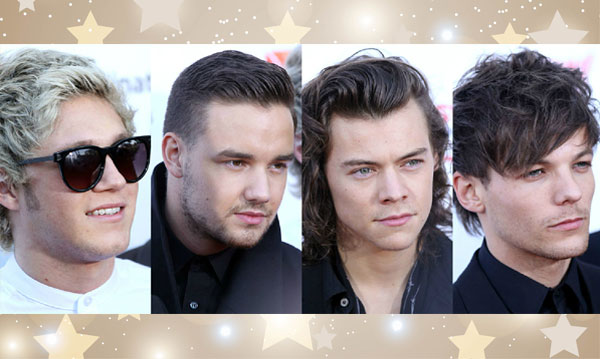 If your child’s bedroom looks like a shrine to Harry Styles, close the door and try not to sweat it. Experts say infatuations with celebrities are perfectly age-appropriate for the tween and teen set, and typically aren’t anything to lose sleep over. (Fess up: Your walls were plastered with Shaun Cassidy, Tom Cruise or some other beefcake poster of the era when you were her age, right?)

‘Gap’ with a twist

Still, it’s a generations-old battle: Parents and kids clashing over music, fashion and celebrity idols. But what’s changed is the intensity of images and messages being conveyed: A typical American preteen spends almost 50 hours per week, or seven hours a day, with some form of media – radio, TV, video games or the web – according to media studies. Every day, she’s bombarded with images of the latest “almost famous” celebrity figureheads – from scantily-clad pop stars to R-rated rappers to the latest athlete who’s having a run-in with the law. It’s a lot of exposure to role models whose worthiness is questionable, at best.

The good news? While it might seem like your child’s more apt to listen to advice from the latest celeb than from you, a recent survey indicates that’s simply not true: A whopping 92 percent of tweens and teens say you, mom and dad, are the strongest influences in their lives. Still, if you’re wondering what’s going on in your child’s celebrity-obsessed mind, here’s a peek.

Parental popularity starts to wane at the onset of the teen years. Where once your child was content taking input from you on what to wear, watch and listen to, now he’s looking outside the home – to friends, teachers, coaches and, yes, celebrities – for cues on how to act, dress and, ironic as it might sound, how to shape his individuality.

Tweens go through a gamut of changes in a few short years, both physical and emotional. But if there’s one constant, it’s an overwhelming need to fit in and be accepted among peers. One way to do that is to try to be more like someone that their peers love and emulate – namely a celebrity figure.

Girls might start to clamor for the same hairstyles, makeup and clothing as Taylor Swift, while boys can be seen sporting expensive sneakers bearing their icon’s name or imitating the way their heroes dress or talk. Though it sounds odd, it’s really your child’s way of asserting his or her individuality.

Lecturing your child about why he shouldn’t like or admire someone will most likely cause him to tune out. Instead, open a discussion to learn why he’s fond of a particular celebrity. Try to look beneath the outer symbols and media reputation to see the star through your child’s eyes.

Of course, if you find your child’s choice truly objectionable, explain the things you don’t like (“I know his music is cool, but he swears a lot and puts down women. That’s not the sort of behavior we’d want you to emulate”). When you show respect for your child’s opinions, chances are good he’ll understand where you’re coming from and go along with your rules.

Your child’s choice of celebrities shouldn’t be limited to the Hollywood set. Introduce her to a variety of worthy idols by exposing her to different cultures and experiences. Take her on trips to museums, art shows and jazz and blues concerts. Enroll her in sports or lessons such as music, art or dance, where teachers and coaches might serve as role models.

Encourage her to turn off the TV or iPod, and pick up a book to learn more about her heroes. Other positive celebrities include civic and national leaders, and guardians of your community, such as firefighters, police officers and clergy members.

Did you find this post helpful in understanding your teen’s crush on a celebrity?