What Parents Should Know About Teenage Marijuana Use 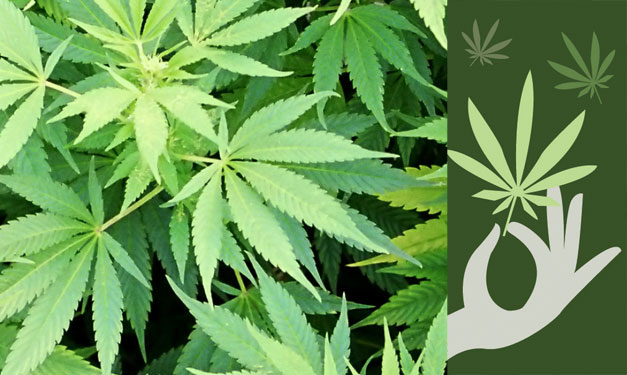 On every episode of That ’70s Show, Eric, Hyde and the gang are sitting in a circle swapping silly conversation that seems normal for teen boys – with a hazy cloud above them. Viewers know the guys are getting high – without ever seeing marijuana or drug paraphernalia.

That ’70s culture hasn’t gone up in smoke. Fast-forward to today, and marijuana is one of the most commonly used drug among teens in the United States, according to the 2014 Monitoring the Future survey. Pointing to a more recent release from the survey, marijuana use remained steady among eighth, 10th and 12th graders in 2015.

For parents worried their teen’s smoking weed, these facts and insights may help.

Marijuana’s popularity could explain the spike in parental concern about drug abuse, which ranks high in a list of health concerns for kids – up there with obesity and bullying – in the University of Michigan C.S. Mott Children’s Hospital National Poll on Children’s Health.

Why are so many teens turning to pot? Getting high, fitting in with peers and feeling good is the obvious answer – but there’s more, local pros say.

Looking for signs of marijuana use

Parents should be on the lookout for signs of drug use in their teens, but try not to jump to conclusions, Zelidman warns.

Certain physical and emotional signs of marijuana use are also just associated with being a teen.

“For example, many consider a teenager arriving home with a tired, worn-down demeanor and blood shot eyes as indicative of drug use,” Zelidman says, “when in all actuality, they may simply be tired.” (After all, the high school bell rings as early as 7:15 a.m. – and teens typically stay up later, meaning adequate sleep is not always reality.)

For this reason, she says its best not to accuse your child or speculate without reason. But that doesn’t mean you should dismiss this behavior if it becomes a common occurrence.

“The first thing to clue in on is if you see dramatic changes in the behavior of your child,” says Oakland County Sheriff Michael Bouchard.

If your tween or teen has always been outgoing and has recently become withdrawn, take note. Also, if his grades have worsened or he is no longer interested in playing sports, these could be red flags, too.

Effects of marijuana on teens

Try not to be too suspicious, but trust your gut instinct. If you think you are seeing signs of drug use, you might be on to something, and it’s important that you talk to your child about the possible side effects of using.

For starters, today’s marijuana isn’t the “Mary Jane” of yesteryear. The Tetrahydrocannabinol or THC content of the drug is 100 times stronger than that of the ’70s, Bouchard says.

Marijuana of that potency can lead to health problems and dependency, and it can spiral into experimenting with new drugs, experts say.

“Most teens are aware of the consequences of experimenting with marijuana,” Zelidman says, “but they tend to weigh the pros and cons differently than most adults, putting much greater emphasis on the benefits than the detriments.”

But there are more cons than pros for marijuana abusers – both now, and in the future.

Short-term effects include distorted perception, paranoia from increased heart rate and anxiety, along with impairment of problem-solving and memorization skills.

And while Zelidman points out that the drug doesn’t have the same physical addictive qualities as other drugs, there is still potential for dependence and abuse.

Excessive use of the drug leads to a higher tolerance, and “when this is the case, the individual likely requires greater amounts of the substance or moves on to another substance that will give them similar results,” she says.

Marijuana use can have serious consequences and shouldn’t be taken lightly, even if television laugh tracks and trends may give your teen a different impression.

Did this advice help you in any way? Do you have thoughts or additional comments to add? Share your thoughts!