Teenage Sarcasm: Taking a Stroll in the Snark

The eye rolls, the droll dripping tone – if you've got a teen, you've likely had a taste of teenage sarcasm. Discover why it's normal and how to draw some lines, too. 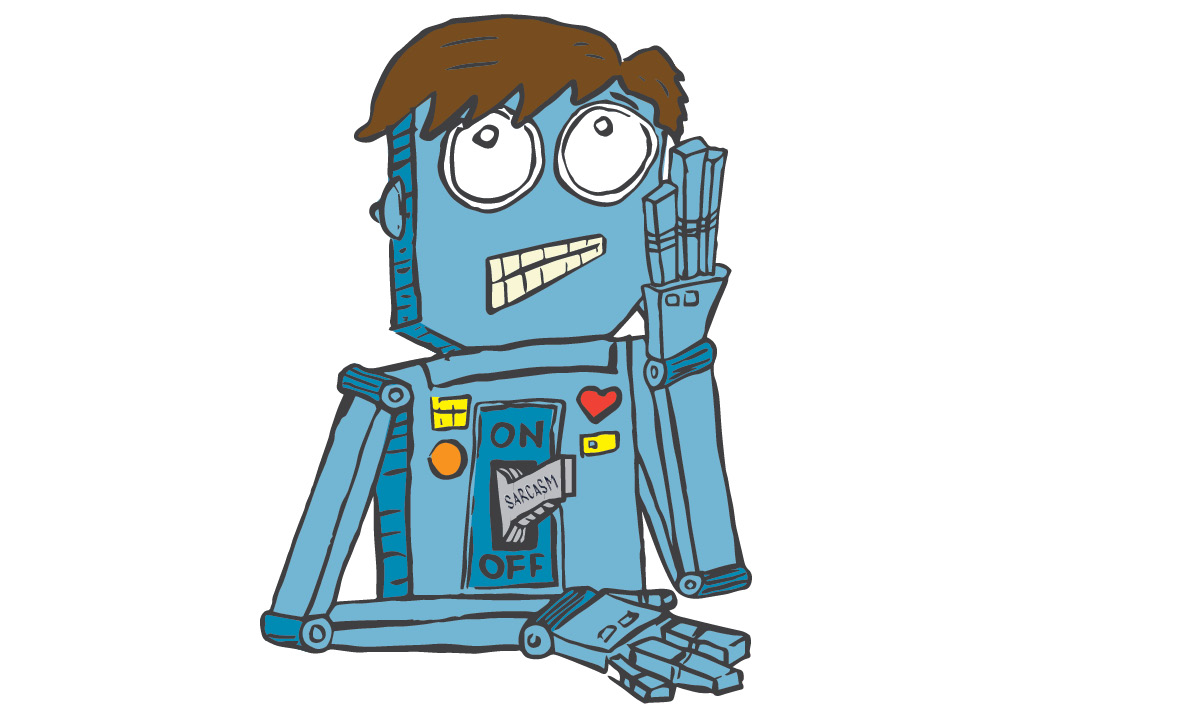 “Oh, perfect. Another web post trying to explain teenage behavior.” If that’s what you’re thinking, it could be you’ve had a lot of exposure to teenage sarcasm – and it’s rubbing off a bit.

Snarky remarks are notorious in those teen years, which come with a slew of developmental changes that are challenging to parent and kid alike.

At this age, they’re starting to discover who they are while experimenting with different forms of expression, including sarcasm and ironic language.

“It’s cold outside? Awesome – I love wearing seven layers of clothes just to walk to the car.”

These are just two samples of phrases you may encounter from your rapidly maturing child. We’re not being sarcastic on the “maturing” part: Teenage sarcasm is a milestone and sign that your child is growing.

“Sarcasm can be a good thing for a teen to experiment with because it allows them to begin the process of differentiating themselves from their parents,” says Christie Mikell, a licensed clinical psychologist at Great Lakes Psychology Group offices in Shelby Township and Roseville.

Not only is teenage sarcasm a way to experiment with day-to-day conversation, but it’s also a way to craft a new lexicon as words take on different meanings or are used in atypical contexts. In other words, teens are mastering language in innovative ways, too.

“That’s sick,” for example, translates to awesome or good, not feeling ill. “She’s being extra” means a person is trying too hard or is over-the-top.

Ironic language has been around for decades, but it’s fresh territory for your kid. And, with the help of social media, it tends to have a longer lifespan than in the past.

Embrace the change, the pros say, and allow your teen to express him or herself – just as you likely did at their age.

Why kids use it

Sarcasm is a common form of verbal irony and can be used humorously. Kids commonly use it for two simple reasons: To make others laugh and to bond.

As for those snarky remarks you’ve been hearing, parents should remember this is also a form of expression, Mikell adds – and even a way to deflect comments they might not like hearing at this point in their lives or, conversely, indirectly convey how they truly feel.

“This plays an important role in teens’ process of expressing their thoughts and feelings,” Mikell says. “For example, a teen (might say) to their parents, ‘Geez, you must really trust me’ to communicate that they don’t feel like they’ve earned their parents’ trust and it bothers them.”

Keeping in mind that these years are geared towards exploration is key when communicating or trying to figure out your child.

Keep an eye on it

But can teenage sarcasm be used too much? Well, answer this: Does a bear crap in the woods?

The answer, of course, is yes. If every other sentence coming out of your teen’s mouth stinks with sarcasm, it’s time to take action.

“Parents can set boundaries on what is appropriate or not for their teens. Parents need to differentiate and educate teens on the line between benign sarcastic comments and those that are hurtful, disrespectful or degrading,” Mikell says.

It’s important to show your teen that you’re aware of what they’re saying and that you recognize the changes they might be going through. Parents can also engage in sarcasm with their teens by modeling appropriate use or banter, Mikell says.

This might be a good opportunity to not only bond with your child, but to build open and effective communication skills about what they’re really feeling.

Another plus is to show them how to use sarcasm and irony in a light way, Mikell says – “Ha-ha, very funny” when a kid’s not being funny, or “You look like you’re having a blast” when she’s clearly bored – while also pointing out the negative ways that sarcasm can affect a fellow classmate or friend, whether it’s in person or on social media.