What You Should Know About Voice Breaking in Boys

It's one of the embarrassing signs of puberty in boys. So, why exactly does voice breaking in boys happen? And how can parents help their teen cope? 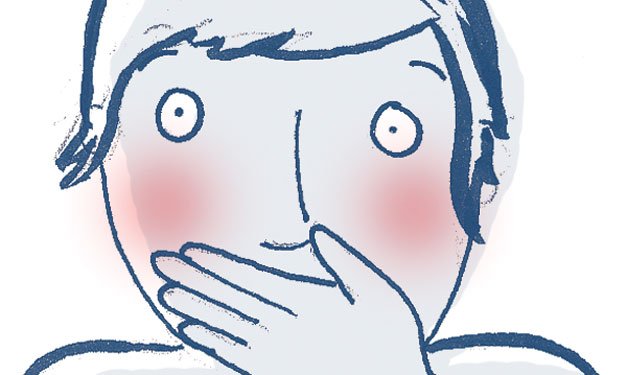 It’s one of those inevitable signs of puberty in boys — the time when their voice starts cracking. Although voice breaking in boys typically lasts a short time, this stage can be very embarrassing for those experiencing it, delivering a blow to their self-esteem.

Parents may feel at a loss with how to make their child feel more confident with themselves while they face this stepping-stone on the way to manhood. Here’s some insight to help you help him.

A key move toward helping your son reconcile with his changing voice is giving him the information to understand what is going on. So, why exactly do boys’ voices crack as they become deeper?

“Characteristically, by about 13, most boys are starting to experience changes (in their voice),” says Clinton Township pediatrician, Siegfried Schweighofer.

The increase in the production of the hormone testosterone tells the body to begin its development into an adult.

At this time, boys will most likely also be experiencing body odor and growth of body hair — check out our post on teaching kids about proper hygiene for more on how to handle that part of puberty.

Looking at the process

“Puberty can take about 2 to 4 1/2 years,” adds Schweighofer. “Voice changes occur once a significant amount of hormones are present.”

The progression of puberty can be tracked using the Tanner stages, a scale that charts the development of boys and girls from puberty into adulthood. There are a total of five stages.

Dr. Schweighofer says that by Tanner stage five, when the body has finished developing sexually, a young man’s voice should settle into its adult form.

As a boy grows into sexual maturity, his voice becomes deeper. This change doesn’t happen overnight, though. Some boys’ voices deepen more quickly than their peers’ voices. Because of this gradual change, a boy’s voice can occasionally crack.

The change in voice occurs when a boy’s voice box, also known as the larynx, begins to grow. While this is happening, the vocal cords start thickening. The nasal, sinus and throat cavities also become larger, which allows the voice greater area through which to resonate.

Together, all these components contribute to creating a young man’s deeper voice. The greater the size of the larynx, thickness of the vocal cords and amount of space in the sinuses causes a boy’s voice to be deeper.

For Tammy Cedo’s son, the change started when he was about 10.

“At first we paid no attention to it, because it was not bothering him or anybody,” says the southeast Michigan mom. “That was, until he started sixth grade and started singing in the choir. Then it became a bit of a problem.”

Despite the “soreness, irritation and slight voice loss” Cedo’s son experienced, she thinks her son has handled the change well.

“I think most people nowadays ignore the cracking,” she says. “Our three daughters have not even bothered to tease him about his voice because they live with him.”