Teen’s ‘With a Bit of Luck’ Four-Leaf Clover Business

Genevieve Myers, 17, of Sterling Heights finds lucky shamrocks and turns them into charms to fund school band trips with her company, With a Bit of Luck. 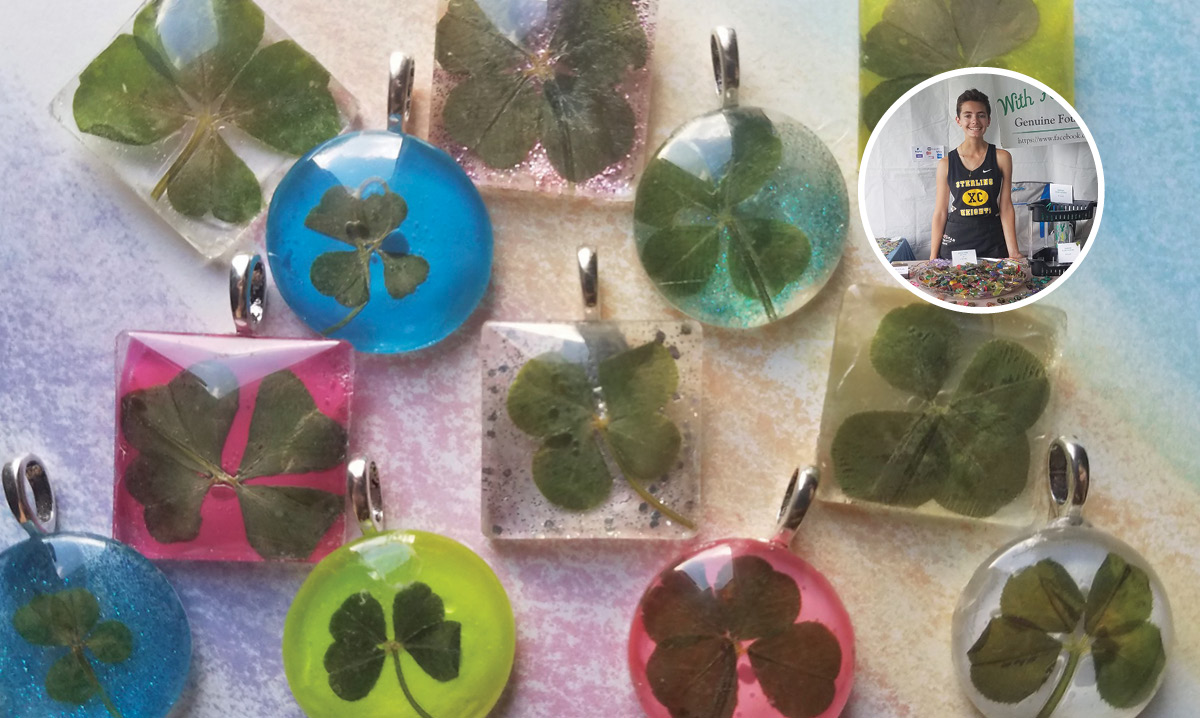 It might have been luck that put a big patch of four-leaf clovers in Genevieve Myers’ backyard, but it’s hard work that’s made her business successful.

The 17-year-old from Sterling Heights started With a Bit of Luck to pay for a band trip. She takes the four-leaf clovers she finds and presses them, makes pendants using resin and then creates keychains, jewelry and ornaments.

“Since we’ve started, I’ve been able to pay for the band trips fully and my New Orleans trip I’m going on this year,” says Genevieve, who plays the French horn. “It’s been very nice, because it’s been something I can go to when I have expenses for school.”

It’s even inspired her 14-year-old brother, Brett, to start his own crafting business.

“At first, he was kind of jealous,” she says. “Now, he makes little Lego guys that he puts on necklaces and keychains, and he can even make them glow in the dark. It’s a big hit for the little boys.”

As she approaches the fourth year of running her business, Genevieve says she’s learned more than just “prices and taxes.”

“I’ve definitely learned a lot through the business,” she says. “I had to develop more social skills, because I’m definitely not considered an extrovert, so talking about the products was something I had to develop.”

We were curious – how on earth does Genevieve consistently find so many four-leaf clovers? She filled us in on her top three tips.

Support With a Bit of Luck

With a Bit of Luck offers $10-$15 keychains, jewelry and more. Shop at craft shows around Sterling Heights or visit Genevieve’s Facebook page.