4 Reasons I Missed Cable and Reconnected the Cord

And why it might be a smart switch for your family, too. 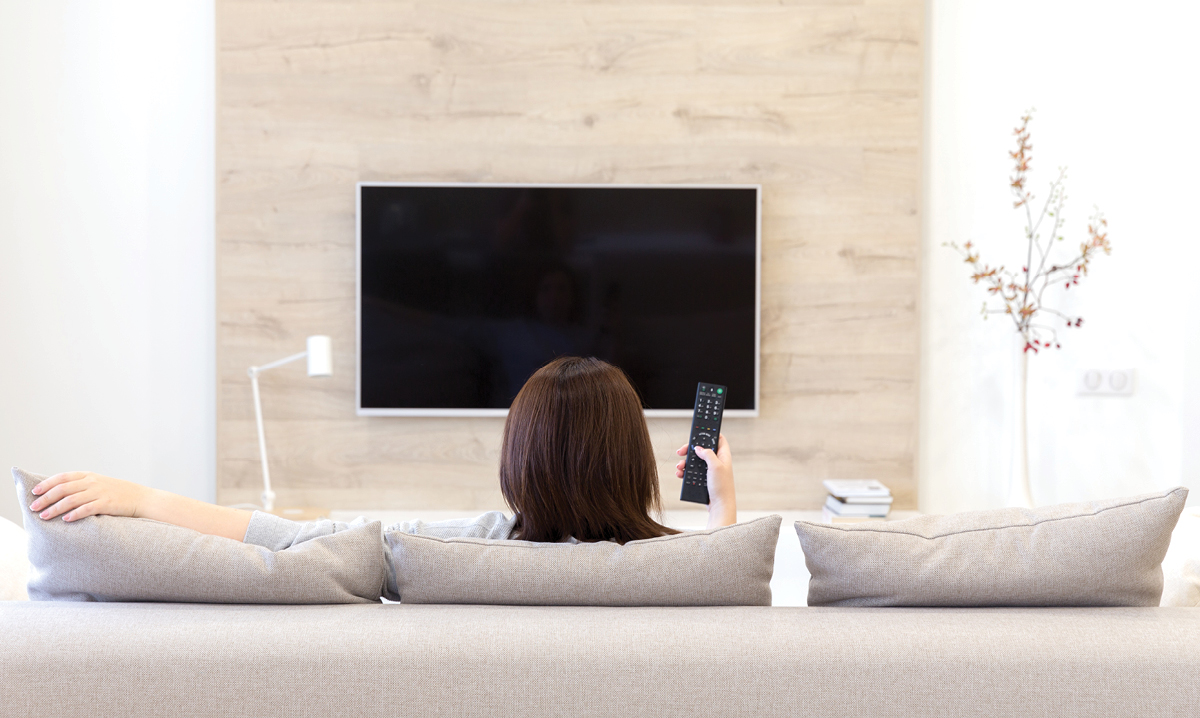 To cut the cord or not to cut the cord – that has been a question I’ve been tossing around for more than a year. I knew so many people who said goodbye to cable and had some mix of streaming services they claimed cost way less without sacrificing much if anything as far as service or channels.

I’d had AT&T U-verse for more than a decade, and had few complaints except one: the cost. I was paying around $200 a month on cable alone! In fairness, I had every paid movie channel. No special sports packages, but HBO, Showtime, Starz, Cinemax and even EPIX. Another factor that drove up my cable bill was that I was really bad about calling after some special offer expired, so I was paying full price. Honestly, the whole set-up of limited time offers (6 months, 12 months, 24 months!) annoys me. Do I seriously have to add a “Call Cable Company to Ensure I’m Not Being Ripped Off” event to my already busy calendar? Why can’t they just give me my price and make increases every year or so like other companies?

Regardless, I kept coasting with cable. Finally, a few months ago, I cut the cord. I’d realized that Hulu + Live TV would give me access to network shows or news channels for breaking news events. That was important to me and it convinced me I could make the switch – and save money. With Hulu instead of AT&T U-verse, I saved around $125 a month. That’s a huge savings, but it wasn’t an apples-to-apples comparison. Sure, I was paying less, but I was getting less too. And some of the things I wasn’t getting weren’t even an option to add for an additional charge.

Ninety days in and I really missed cable. So, I walked into the Xfinity store in Troy – twice cause I had some thinking and number-crunching to do – and held their feet to the fire: Can you really compete with cable alternatives? Chase and Chris were super patient with me, answered my tough questions, explained some points that still annoy me about cable and wished me well in whatever choice I made for my family’s entertainment needs. In the end, I decided to reconnect the cord. Here’s why:

1. All the channels I want in one place – live

One of the things that I missed most after cutting the cord was not having AMC and other channels that I got used to. Some channels like AMC aren’t available on streaming services, so if you want to watch certain shows soon after they premiere and before any spoilers, you’re out of luck. Streaming services definitely have gotten the message that many of us are sick of paying for channels we don’t want, but the a la carte nature can get out of hand.

The folks at Xfinity have heard the gripes and have a new easier format for choosing a more customized cable package. It’s an improvement, for sure. For example, families can get a basic package of channels, then add on the Kids and Family channels or other packages for an additional fee. If you want a box, that will cost you $5 per month, but you don’t have to have one. You can stream the channels on your tablets or computers or via Samsung Smart TV or Roku devices. So, you can get all of your channels in one place for a really reasonable price and, technically, not have a cord if you don’t want to (though I think you should want at least one. See No. 4 to read why).

While I like having the option of watching certain shows (The Walking Dead or Game of Thrones are a couple examples) and breaking news coverage live, I prefer to record most shows we like and watch them when it’s convenient for us. Being home at a certain time to watch a show or relying on what just happens to be on TV at that moment is just so old school. And yet the default recording space offered by Hulu is limited to 50 hours of Cloud DVR storage, which seemed to get gobbled up in no time. Plus, navigating recorded programs has the most clunky, inefficient interface. Shows aren’t grouped together; they’re just all jumbled in your que waiting for you to watch them or delete them one by one. With Xfinity, recorded programming is neatly organized and simple to watch and delete.

3. It saves to bundle with internet

The cost for cable through Xfinity is cheaper because I already have internet with them. I’ve got to get my internet service through someone in order to be able to stream any entertainment services like Netflix or Hulu. So, is it smarter to get my cable service with my internet provider? Turns out it is. I’m getting more general channels (like AMC and a boatload more kids channels, like Nick Jr.), an additional premium movie channel (HBO, Cinemax and Showtime), more recording space and simultaneous streaming service for more devices for less. I chose to get a box. Without it, I’d save another $5 per month. Again, for a lot more entertainment and features.

Now, this price is based on a couple things – opting for paperless billing and, ugh, a two-year special deal. I vented to poor Chase and Chris about these limited time deals they force me to keep track of. They said they know this is a sore spot for a lot of folks, which is why Xfinity has new bundling savings that doesn’t expire and is making limited time pricing way more transparent on your bill, so you can see when it’s about to expire. I checked my new bill online and can attest that it is pretty obvious now, so that’s good. Another thing that helped me get over this is that limited time pricing packages are pretty universal. Hulu does it too. I got a one-year deal on my HBO and Cinemax that I’d have to remember expires as well.

4. I like having a cable box – and other cable services

I enjoy watching Chopped on my tablet as much as the next person, and I am all too aware of the beauty of being able to stream Boss Baby on my phone for a kiddo who needs some distracting at a restaurant. But, I also really like to be able to sit down and watch shows on a big TV screen – and with a device that’s built expressly for delivering entertainment to me. Recording programs is easier. Searching for programs is easier (especially with Xfinity’s voice command remote control). Plus, Xfinity offers more services for parents who care about minding their kids’ screen time. You can set a daily limit for each child or stop consumption with a push of a button for a dose of punishment.

One of the most surprising things I learned when I visited the Xfinity store is that there is a value in doing just that – going into the store and talking to an actual human being live and in person. There are a lot of free features that come with internet service or cable that we just can’t fully discover from talking to someone on the phone or making a few clicks online.

Internet, entertainment, mobile service – all of these have become more and more important to us in our daily lives. We all want the best choices for our families at the most reasonable cost. So, do your homework like I did, maybe walk into your local Xfinity store and pepper them with the questions that matter most to you – and make a choice that makes the most sense for your family.