Are you met with resistance from your child when it comes to certain situations or tasks? The power struggle might seem like a behavioral issue, but it could be linked to anxiety, says a local expert. 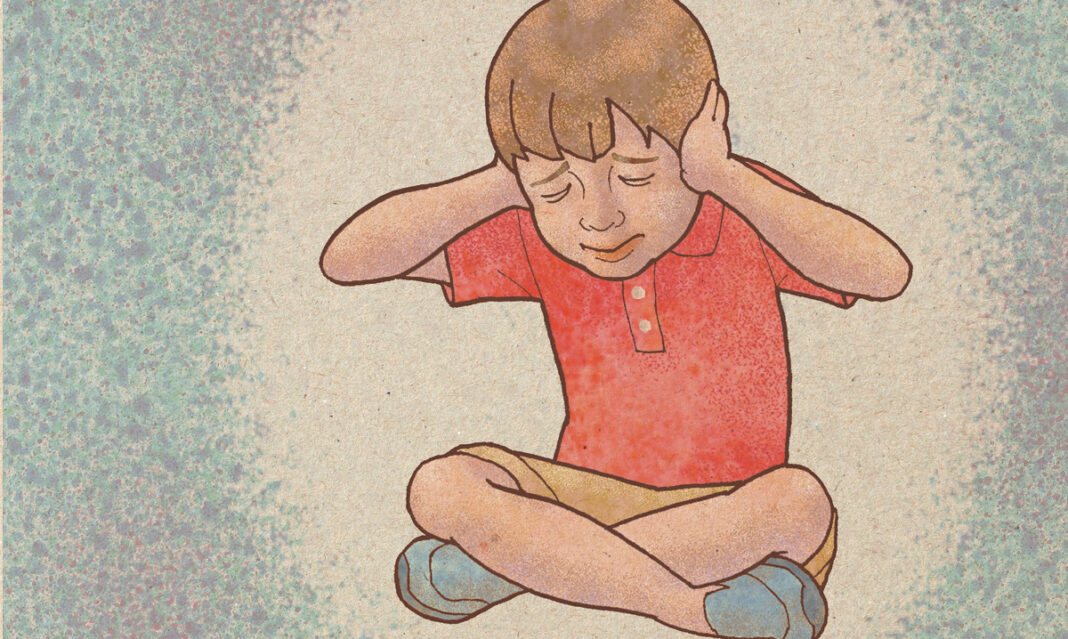 As adults, we’ve all put off big projects, difficult conversations and daunting tasks that we didn’t feel equipped to handle. The same goes for children who are experiencing a big world with new and oftentimes anxiety-inducing situations. Putting things off for some short-term relief is known as avoidance behavior.

“For a preschooler who is learning how to participate in a classroom setting or more structured activity, you might see more avoidance behavior,” says Nikki O’Donnell, limited licensed psychologist and clinician at Viewpoint Psychology and Wellness.

At this age, children may act like they don’t understand or throw tantrums when they don’t want to do something. As they get older, they may procrastinate or ignore your requests.

Avoiding situations creates a vicious cycle of teaching your brain that avoidance behavior is the only way to deal with difficult situations, according to TRAILS to Wellness. Over time, the brain will “sound the anxiety alarm even louder” to get you to avoid a difficult task, which makes things worse in the long run.

O’Donnell, who is also mom to an 8-year-old son and 3-year-old daughter, says that avoidance behavior can look different depending on where children are developmentally. The brain doesn’t fully develop until a person is 25 and the first thing to develop before problem solving and emotion management is the emotional center. So, it shouldn’t surprise you that a child’s behavior is going to tell you more than their words.

So, what does avoidance behavior look like in young children and how can parents help? Here, O’Donnell offers insight and advice.

Power struggles with a preschooler are all too common. They throw tantrums, cry or leave a situation, particularly if they are not equipped or don’t know how to deal. Some may even act like they don’t understand what you’re talking about. While it looks like a behavior issue, it can actually be anxiety.

For school-aged kids who are still developing, you may see them avoiding situations if they are encountering something that requires a certain amount of ability and they’re afraid they don’t have the skill. They may appear to ignore you or they may create drama.

“Parents will actually see this in really bright kids,” she says, or kids who present as more mature than their age. “Sometimes that can be really difficult because it can cause a lot of anxiety in those kiddos.”

To top it off, children crave control over their lives. If parents don’t give them some control, they may internalize that as “maybe it’s because I am not capable.”

If we take away all control and do everything for them, we are saying they can’t handle things, O’Donnell says.

According to the National Association for Child Development, parents should try to evaluate their child’s behavior patterns. Ask yourself:

Ability is a big part of it. In working with families, O’Donnell encounters these questions a lot: “Is this a realistic expectation for them or are they continuing to fail because it’s just too much given where they’re at?” If you’re giving your child a task and he or she regularly isn’t able to do it or is resisting, she encourages parents to take a step back. Assume first that they are not capable of doing it and work from there.

Break down the task into smaller parts or have them do the task for a set amount of time that allows them to be successful, suggests the National Association for Child Development.

“When you are wanting to teach something to your child, it is important that you have a calm, confident, and positive demeanor. When teaching your anxious child to ride their bike, for example, letting them know that they can do it and that you are with them and that you know that this is something that they can do is significant,” the National Association for Child Development notes. “How you talk to them, your demeanor, matters.”

Communicate with your actions that you believe they are capable of doing something, O’Donnell adds. Do not validate or enable the avoidance, because that feeds into anxiety in the long run.

Brought to you by the Ethel and James Flinn Foundation. Learn more at flinnfoundation.org.