The Dreaded Stomach Bug: What Parents Need to Know

A top physician at Children's Hospital of Michigan explains the norovirus stomach bug, how it spreads and the signs your child should be seen by a doctor. 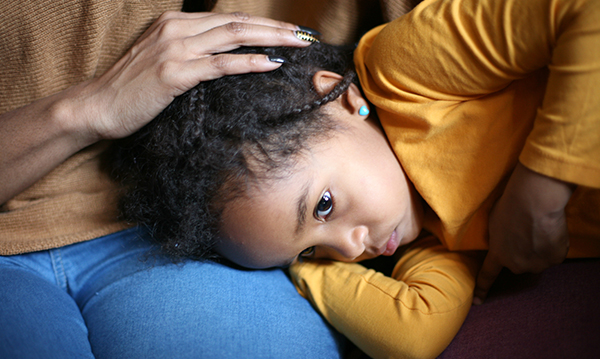 “Stomach bug.” Just the mention of it going around can send parents into a panic, wondering if their kids have been exposed and suddenly feeling nauseous.

While stomach viruses usually aren’t serious, they’re notoriously miserable for children and parents alike with symptoms including diarrhea, vomiting and stomach pain. They can strike during any season, says Dr. Banu Kumar, M.D., the chief of pediatric hospital medicine at Children’s Hospital of Michigan in Detroit.

“It’s not necessarily just during the winter months,” she says. “You can have it anytime.”

So what should parents know about these nasty viruses and how to keep them away? For starters, understand that the so-called “stomach flu” isn’t the flu at all, even though you may experience headaches or body aches.

“It’s quite different in the sense that the predominant symptoms in stomach flu would be stomach-related,” Kumar says, compared to a sore throat, fever and muscles aches with influenza.

Stomach bug viruses are also short-lived, lasting two or three days instead of a week or longer with the flu.

The real culprit behind most stomach bug illness is a virus called norovirus, which is the most common cause of diarrhea and vomiting around the world and infects millions of people each year, according to the Centers for Disease Control and Prevention.

“It’s a very contagious virus and it can infect anyone,” Kumar explains.

It usually spreads through contaminated food or water or by contact with contaminated surfaces. And it doesn’t take long, with some people experiencing symptoms just hours after being exposed.

“The good thing is even though the symptoms can be pretty nasty and people can feel extremely ill, generally speaking with norovirus you start getting better within one to three days,” she adds.

Keep in mind, though, that serious complications are possible. Parents should be on the lookout for signs of dehydration, such as dry mouth and throat, decreased urination or dizziness. If you notice these symptoms, contact your pediatrician or head to the hospital.

“You don’t want to sit on it; you want to take them in straightaway,” Kumar emphasizes, noting that IV fluids may be necessary.

To help your child through a stomach bug virus, make sure they drink plenty of fluids (start slow) and offer drinks that contain electrolytes.

“You can take care of them at home so long as they’re able to keep lots and lots of fluids down,” Kumar says.

Avoid solid foods until your child seems ready, and then start with foods like chicken broth, clear soup, noodles and bananas. Your child can go back to school or day care once they’re symptom-free for 24 hours, but you’ll still need to be careful about spreading the virus around.

“They say that the norovirus can actually stay in your stool for two weeks after you feel better,” Kumar points out. “That doesn’t mean that you don’t go and mingle with people, it just makes it all the more important to hand wash regularly so you don’t transfer the disease to others.”

Proper hand-washing techniques, especially in day care settings and schools, is one of the most important ways to prevent the spread of norovirus and other stomach bug illnesses.

“Anything that is very contagious is going to spread much more quickly in close spaces. That’s why it becomes all the more important to practice proper hand hygiene,” she says. “Essentially, hand-washing should happen anytime before preparing food, handling food, eating food, using the toilet or changing diapers.”

“The germs are extremely resistant and the virus can survive very high temperatures,” she explains.

If you’ve had norovirus stomach bug in your home, household bleach is the best way to eliminate the virus from surfaces. You should also heavily wash any clothing items contaminated with vomit.

Brought to you by YMCA of Metropolitan Detroit
Read more
Health