‘Happiness is a Choice’ + Other Top Mental Illness Myths

Expressions like 'pick yourself up by the bootstraps' or 'she's so crazy' might seem benign, but they are part of persistent stereotypes about those with mental illness that promote shame and prevent people from seeking treatments. 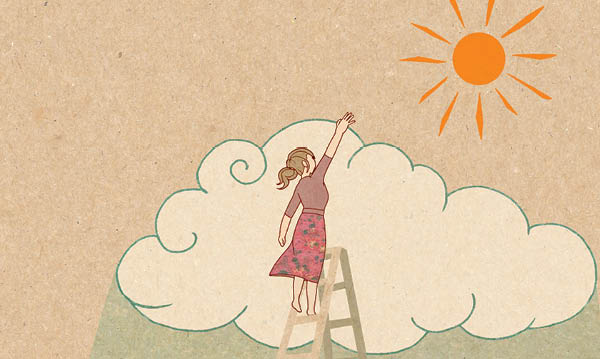 One in four adults will experience a mental illness in any given year. It’s extremely common, experts say, yet it continues to be incredibly misunderstood.

Common myths about mental illness – like the idea that people with mental illness are dangerous or that it’s something you can “just snap out of” – promote a harmful stigma and can even prevent people from getting the help they need.

Correcting those myths is a critical step to ending the stigma, says Tom Watkins, president and CEO of the Detroit Wayne Mental Health Authority.

“We’ve got to break down that stigma and break down the shame, so that people can step up and get help,” he says.

One of the most common myths is that mental health issues are rare or only occur among certain types of people.

“Everybody thinks, ‘That’s not me, that’s somebody else,’ until it is you,” Watkins says, pointing out that it reaches people of all ages, income levels and cultures. “Mental illness skips no zip code. There’s not a zip code in this country that’s not impacted by serious mental illness.”

Mental illness and substance abuse are both “clearly defined as a disease of the brain,” Watkins says.

“The other myth is that somehow or another you can just kind of snap out of it and pull yourself up by your bootstraps,” he says. “You couldn’t snap yourself out of a heart attack or cancer or lung disease anymore than you can snap yourself out of serious depression or bipolar disorder.”

This misconception often stops people from seeking time off work for mental health reasons, fearing they won’t be taken seriously or may even lose their job.

“If you had a heart problem, you could be off six months on medical leave and no one would say anything about it,” Watkins says.

Another unfortunate myth is that mental illness is something of a lifelong sentence – “that once you have it, you’ll never come back,” Watkins says.

“With proper diagnosis, treatment and support, recovery is possible. We see it every single day,” he says, noting that this is the case for serious mental illnesses, too. “There are successes, there are peaks, there are valleys. It’s going to be episodic and people can and do go on to live some very important lives.”

Getting help is key, Watkins says, and the public needs to know how to recognize the signs and properly intervene when someone may need mental health support. The Detroit Wayne Mental Health Authority recently partnered with the Flinn Foundation to offer this type of training to local churches and first responders.

“We’ve trained over 10,000 people in the past two years in first aid mental health training,” he says.

People with a mental illness are statistically no more violent or dangerous than anyone else, Watkins says.

This particular myth may be perpetuated by the common saying that someone “would have to be crazy” to commit certain crimes, he says.

But Watkins says that people who have a mental illness are actually more likely to be victimized.

“The statistics will bear out that a person with mental illness is more likely to be a victim of a crime than a perpetrator of a crime,” he says.

Pointing out recent, local instances of violence against individuals with mental illness, Watkins called for people to show more respect and dignity to those who are struggling.

“Do we treat our fellow man with disdain, in an inhumane way, because they have a disease of the brain?” he asks.

Working to correct myths is just one of many ways that people and organizations are working to improve the lives of those affected by mental illness and their access to the support they need. It’s an issue that touches close to home for Watkins, who lost two brothers to suicide.

“People oftentimes suffer. My brothers are good people and contributed tremendously to their communities,” he says. “I witnessed that when they were ready – and the system was ready to help them – their lives changed. I also witnessed how their lives could deteriorate in unimaginable ways.”

When mental illness is being discussed, “it’s not a statistic,” he says.

“Imagine it was your mother, your brother. What would you want?” Watkins asks. “We’ve come a long way, but we still have a long way to go in order to address a number of those issues. That’s the important work that the Flinn Foundation and me and my colleagues around the state are doing.”

Brought to you by Ethel & James Flinn Foundation