At Roseville Community Schools, ensuring students have successful transitions between buildings is top of mind. Here's how they make the experience smooth. 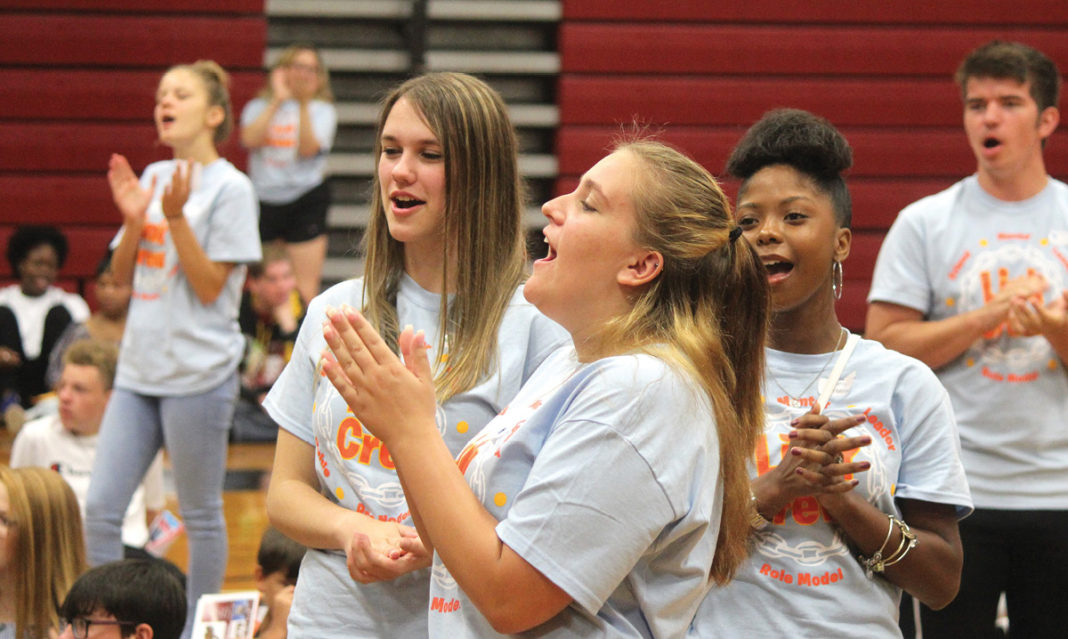 In the elementary school years, students get used to one teacher, seeing familiar faces and having the same circle of friends. But when they move to middle school, everything changes — and those changes can be scary.

It’s something that Jason Bettin, principal at Roseville Middle School, witnesses at the onset of every school year.

“We see a really, really big need at the middle school level to help kids that come from elementary school into a much larger building at middle school, to help them in that sense and with that key question every kid just has at this age of, ‘Where do I fit in, where do I belong?'” Bettin says.

That’s where WEB, Where Everyone Belongs, comes in. It is one of two transition programs adopted by Roseville Community Schools; the other, known as Link Crew, is offered at the high school level. Both programs are part of the internationally recognized Boomerang Project, which reaches 4,500 schools and 15,000 educators with a mission to make schools safe and connected places to learn.

Both programs provide students the opportunity to take on leadership roles within the district while making Roseville Community Schools a place where all students feel welcome.

It’s much easier for students to relate to each other and understand the issues they are facing, Bettin notes, which makes both the WEB and Link Crew programs so essential. After all, they allow students to take the lead in supporting their peers — and the results are positive for both the leaders and those they’ve supported.

“I think from my perspective, one of the keys — and I think it’s the key to why we’ve seen success from this — is it’s not something that’s completely driven and run by adults,” Bettin says. “It’s driven by kids who are closer to the issue a sixth grader is dealing with than we are as adults.”

The same goes for Link Crew, which includes 60-70 junior and senior leaders.

The main focus is making students feel welcome and giving them the chance to seek support from students who have already traveled the same path. Plus, it gives older students the chance to build their leadership skills.

“It’s another way to give each kid an opportunity to do something,” says Chris LaFeve, Roseville High School’s assistant principal. “A lot of times, especially with a lot of leadership, it’s usually the kids that are getting all A’s or the kids that are really involved,” but that’s not the case with Link Crew. Students from all backgrounds and those with a variety of interests are selected, and the same goes for WEB, Bettin notes.

Putting it in practice

So, how do these programs run?

“We start every year for every kid in the middle school with something called a middle school boot camp, which stretches over about the first month of school,” Bettin says, “just to teach them or remind them of how we do middle school — filtering everything through the three core values that we have here of responsible, mindful and safe.”

Every two weeks, the WEB leaders, who receive specialized training during the summer, venture into the sixth grade classrooms to interact with the students. Two WEB leaders are paired with 10-12 sixth graders, and throughout the year, they check in to see how the students are doing, work on team building, organize events for the sixth graders and more. Bettin adds that the leaders teach kids how to navigate the interpersonal skills in middle school, stay organized and have success in school.

For those heading off to high school, more adjustments await, and it can be equally scary, LaFeve says. So, to help incoming ninth graders, the school’s Link Crew program, which includes 60-70 juniors and seniors, kicks things off with a huge event.

“We don’t do a normal ninth grade orientation. It’s more like a pep assembly,” LaFeve says, “and they run about 75% of the actual orientation.”

Throughout the year, leaders stay in touch with the freshmen to provide support and assistance.

Before becoming Roseville High School’s assistant principal, LaFeve was the school’s athletic director — and during that time, he created the SALT, or the Student Athlete Leadership Team.

The goal? To give students a voice and an opportunity to make their case for what their sports teams need. The group meets once a month. “They are very vocal about what they desire and about what their group needs,” LaFeve says.

Through SALT, students are not only able to express their team’s needs; they also learn how to put together proposals and get an understanding of what they need to do in order to make their “want” a reality.

This content is brought to you by Roseville Community Schools. For more information, visit rosevillepride.org.

Give your teen a head start for financial success — and spark his or her interest, too — with these fun budgeting activities for high school students.
Read more
Private Schools

Considering single-gender education for your son or daughter at a southeast Michigan all-male or all-female school? These insights on the pros and cons of single gender schools may help.
Read more
Sponsored Content