How Nutrition Impacts Your Mental Health

The connection is more significant than you might think. Find out what diet changes can help boost your mental health. 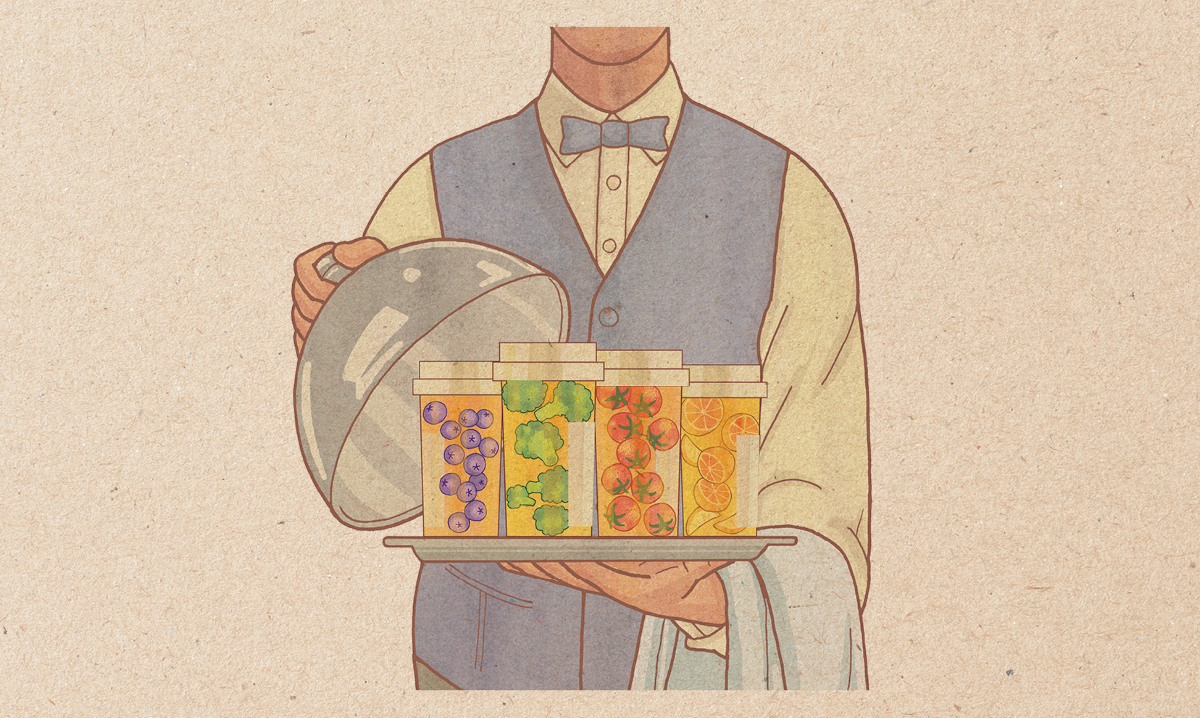 Can the foods we eat impact the way we feel?

The idea of “comfort food” is familiar to most people, but the full potential of nutrition on mental health is generally underestimated, experts say.

While it’s a well-known fact that our dietary choices impact our physical health, many people are hesitant to believe the food they eat can affect how they feel. There’s no debating the connection though, says Dr. Simon Evans, Ph.D., a former assistant research professor at the University of Michigan until mid-2017 who now serves as senior program manager at the Institute for Systems Biology in Seattle.

“Most people understand there’s an acute link between what they eat and how they feel,” he says. “The question is whether there’s more of a chronic link, and there’s a lot of data to support that (there is), especially for depression.”

While nutrition plays a key role in how people feel mentally, it’s important to note that diet alone doesn’t necessarily cause or treat a mental health condition.

“Schizophrenia and bipolar are probably more genetically driven. Diet can help lower the burden of disease, but I don’t think anybody’s claiming that a poor diet can cause schizophrenia or bipolar,” Evans explains.

But when it comes to mood disorders like depression, from which up to 25 percent of the population suffers, “this is more of an environmentally driven, short-term in some cases problem,” he says.

The impact of nutrition can still be significant in those with more severe mental health disorders. In Evans’ own studies on people with bipolar disorder, he tried to identify whether dietary patterns were associated with a worsened or improved burden of disease. His findings determined that diet “certainly plays a role.”

“We definitely found dietary patterns that were associated with less burden of disease in the bipolar patients,” he says. A major takeaway was that people who consumed more healthy fats reported a lower burden of disease, including less depression and anxiety.

“A quality diet can always help,” he says. “It might make the drugs work a little bit better, it might make the disease more controllable. Diet certainly isn’t going to cure it, but it can increase the chances of bringing the diseases under control.”

His study also looked at the composition of patients’ gut microbiome profile – the collection of bacteria that live in your gut – and its effect on mood and cognitive function.

“The diversity of bacteria that live in your gut is so large – somewhere around 100 times more microbial genes. That’s a lot of potential for influence on human physiology and human health,” Evans explains. “One of the biggest factors that controls (the composition of your gut microbiome) is of course your diet.”

People may doubt the connection between mental health and diet because of the abundance of bad advice found online. With so much conflicting advice on the “best” diet, it’s difficult to know what you should believe.

So how can people figure out how they should eat to best benefit their mental health? For adults and children, the first step isn’t necessarily the doctor’s office.

“M.D.s are not well trained in nutrition at all,” Evans adds. “If parents are seeking advice on specific diets, I would seek out a qualified nutritionist or dietician over their physician specifically for dietary advice.”

This topic is full of emerging research, Evans adds, and it’s likely that more information will be gained over the next 10 years to help people make the right dietary choices for their specific needs.

If you do make dietary changes, know that any effects on mental health won’t be immediate.

“If you’re feeling down and blue and start eating fruits and vegetables and some fish, it’s not going to make you feel better,” he says. The exact amount of time it would take to notice changes is unknown, but it’s a long-term effect.

That said, there’s no time like the present to make positive changes for your physical and mental health.