Every parent knows the worry of a midnight illness, but how do you know when to rush to the emergency room or wait until morning for help? An emergency medicine physician from Children’s Hospital of Michigan answers this question. 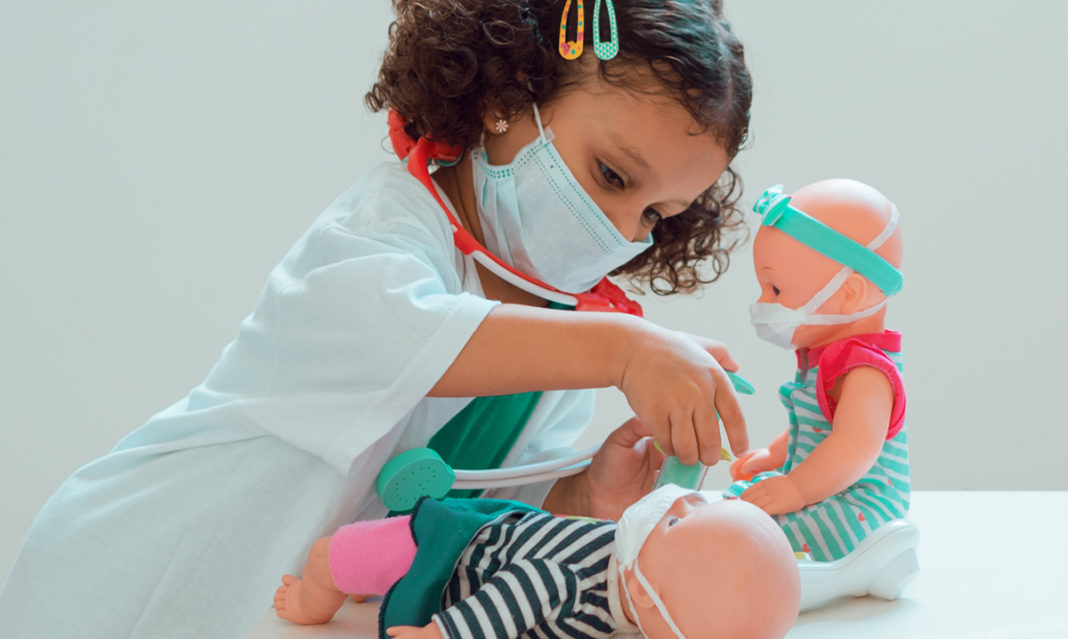 It’s the middle of the night — or worse, a long holiday weekend — and your child suddenly starts to feel unwell. Should you seek immediate care at the emergency room or wait until the next business day to schedule an appointment with your child’s doctor? Sometimes, it’s hard to know.

Fortunately, parents don’t have to make this decision on their own, says Dr. Ronald Ruffing, chief of pediatric emergency medicine at Children’s Hospital of Michigan. “The first thing I would remind parents is that families that have a pediatrician already have someone on call to help answer that question,” Ruffing says. A quick conversation with your child’s pediatric practice’s on-call provider can give parents clarity, 24 hours a day.

But because medical situations never seem that simple when they involve our own children, Ruffing offers some helpful guidelines to keep in mind.

Just a bruise? Or a broken bone?

Kids at play are surprisingly resilient, but sometimes they do get hurt. This is the time when parents should watch their child closely for signs they need emergency care, Ruffing advises.

“If a child falls and hurts their arm, and you notice they are not using their arm normally, that is an injury that needs to be evaluated,” he says. If your toddler was walking and is now only crawling, or if your child is not acting as they would normally, “this can prompt a call at least to a doctor’s office,” he says.

Surprisingly, this same rule of thumb applies to head injuries. “A child has fallen and hit their head and acts normally, but the family is concerned because they are afraid of a bad outcome. We see this commonly,” Ruffing says.

“In this case, as long as your child is quickly comforted and back to their usual self, they can be watched by careful parents who know their child better than anyone at home. If a child is acting confused or not thinking clearly they need evaluation. We have really gotten out of the practice of using X-ray or imaging on children because a CAT scan, for example, is more dangerous to a child than watching over them for 24 hours.”

Does that cut need stitches? That all depends, says Ruffing. “The phrase I use is if the inside is on the outside, that needs to be fixed.” In other words, if you’re able to see subcutaneous fat, muscles and tendons and bones (the stuff beneath your skin), you should take your child to the emergency department for care. “We’d want to clean and suture that within 12 hours to decrease the likelihood of infection,” he says.

What about marbles up the nose or beads in the ear? Both can be difficult to remove in a pediatrician’s office or an emergency room, and may require the special tools of and ear, nose and throat specialist. Foreign bodies in ears and noses rarely require a middle of the night emergency department visit, Ruffing says.

Fever is a sign that your child’s body is fighting a bacterial or viral infection. During the first three months of life, fever should always be evaluated. But older children? “Vaccinations cover most of the serious bacterial infections that 30 years ago would kill children,” Ruffing says. Measles, pneumonia and meningitis are now so rare, doctors in training may have never even seen them.

A child with a viral illness will get better with supportive care, says Ruffing.

Parents can treat pain from common bacterial illnesses like ear infections and sore throats with a pain reliever and call their child’s pediatrician in the morning. Rest assured, the outcome won’t be different if antibiotics are started at 10 the next morning, rather than in the middle of the night. Even children who do go to the emergency department can be made comfortable with fever-reducing medicine prior to the visit, he says.

When to act quickly

Of course, there are true emergencies that indicate a trip to the emergency room, and breathing difficulties are high on that list. A child struggling to breathe can exhibit a range of symptoms.

“The spectrum begins with rapid breathing, moving on to breathing in such a way that the whole body heaves as the child tries to draw a breath, all the way to episodes where the child stops breathing or looks blue,” Ruffing says. “Difficulty breathing needs to be evaluated. That’s on my list of life-threatening emergencies.”

When time is of the essence, it’s common sense to head straight to the nearest hospital, but not all hospitals admit children, Ruffing says. If your child has a complex pediatric condition or will likely be admitted for, say, appendicitis, consider a specialist pediatric emergency department.

“A lot don’t do pediatrics, so if you go, they will send you to another hospital anyway,” he says.

Parents always want the very best care for their children, so it makes sense to choose wisely.

The emergency department at a specialist pediatric hospital is staffed with pediatric physicians and medical professionals who are highly skilled at interpreting children’s illnesses and communicating with concerned parents. These pros know exactly how to take vitals, draw blood, suture and fit casts on young arms and legs, because they do all of these tasks every day rather than just occasionally. What’s more, they do it because they enjoy it. The convenience of being able to check-in online for non-life threatening emergencies is an added bonus.

“If you are in a pediatric emergency department, the providers who work there love working with children,” Ruffing says. “We are in the business of helping families deal with concerns they have for their child. If a parent has a concern, I have a concern. And we welcome them because a parent knows their child better than anyone.”