How to Talk to Kids About Their Mental Health

Open communication is key – and it can't wait, experts say. 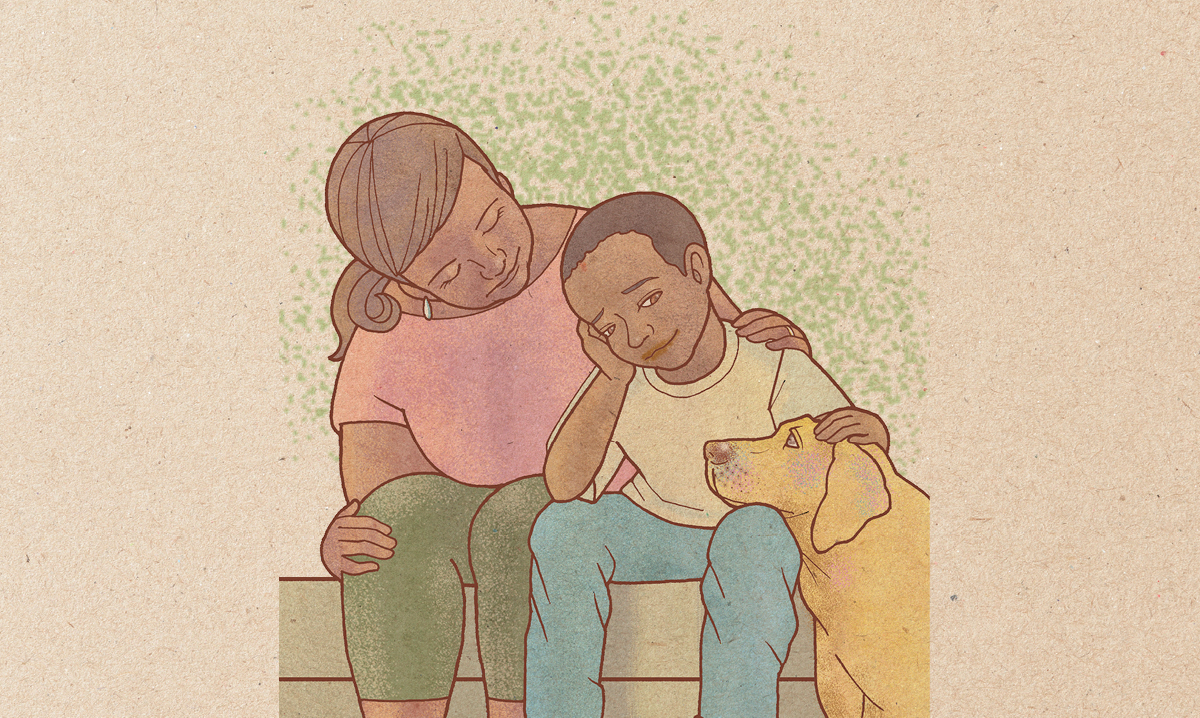 “Is your throat feeling better?”

As your children grow, they’ve likely had these exchanges with you so often that coming to mom or dad with a physical complaint is second nature. They wouldn’t think twice about it.

What might come less naturally, though, is discussing their mental health – feelings of anxiety or depression that frequently crop up in adolescence or even earlier and too often go unaddressed.

But experts say that has to change. Young people are at an especially high risk of not receiving mental health care. In fact, one recent study found that half of U.S. kids with mental health disorders were not receiving treatment. By having conversations about mental health and normalizing the discussion, parents can let their children know it’s OK to get help.

“I think parents should be thinking about it,” says Dr. Mary Lu Angelilli, M.D., pediatrician-in-chief at Children’s Hospital of Michigan in Detroit, who pointed to the rising rates of teen suicide as a reason it should be top of mind. “It’s a big, big area of concern.”

Kids are sometimes reluctant to talk about these issues with their parents, which can make it more challenging to discuss as they get older.

“I think children and teenagers are probably less likely to tell their parents things. They are more likely to tell a trusted friend or a trusted somebody-else’s-parent or a relative,” she says. “In many cases, that’s why the parents don’t pick it up.”

Talking about mental health with your children shouldn’t be a single conversation, though, Angelilli says. Instead, parents should foster an environment where kids feel comfortable coming to them with any issue.

“I think it’s more important to keep the lines of communication open with your children. Make sure they’re not afraid to tell you what’s going on in their lives,” she says.

While simply asking children how they’re feeling emotionally isn’t likely to be effective, parents can ask about – and pay close attention to – things like friendships, grades, who they’re talking or texting with and how school and extracurricular activities are going.

“You should try to get to know their friends and their friends’ families,” she says. “You have to be alert. You have to be reading the cues. Don’t be afraid to talk to your children about whatever it is you’ve observed. Always share your observations and let them know that you’re paying attention to them.”

From an early age, children should know it’s OK to talk about their feelings, Angelilli says. Parents can also model this behavior.

During those conversations, avoid invalidating a child’s emotions just because they’re negative. For example, don’t tell your child that they shouldn’t be angry or sad about something that happened.

“Never discount their feelings and say ‘you shouldn’t feel that way.’ Help them cope with negative feelings,” she says. “Then when they feel something later on that’s serious and becoming a problem, there’s more likelihood the child will approach the parents. Then there’s already a pattern in the family of being able to talk about that.”

If you do notice concerning behaviors or symptoms of a mental health condition, initiate the process of getting professional help.

“Anything that’s a change – don’t assume it’s just because they’re teenagers,” Angelilli says. “Parents say, ‘Well, I thought it was a phase they were going through.’ It’s often not easy to tell the difference.”

If your child is diagnosed with a mental health condition like depression or anxiety, your response matters. Some parents go into denial about the issue, she says, or avoid talking to a professional over privacy concerns about others “finding out.” This only delays the child from getting critical help.

“There is a problem with parents’ denial and not wanting to believe their child (has a mental illness),” she says. “I think they need to talk to a trusted pediatrician or go to a mental health professional and talk about the various options and be open to getting the child the help that they need.”

Want to teach your young child Spanish or English? Try these board books that they are sure to love.
Read more
At Home