Husband Won’t See The Doctor? 3 Reasons to Make Him

Some men have a hard time prioritizing health, especially with a busy family. A top DMC Medical Group physician explains why they should this 'Movember.' 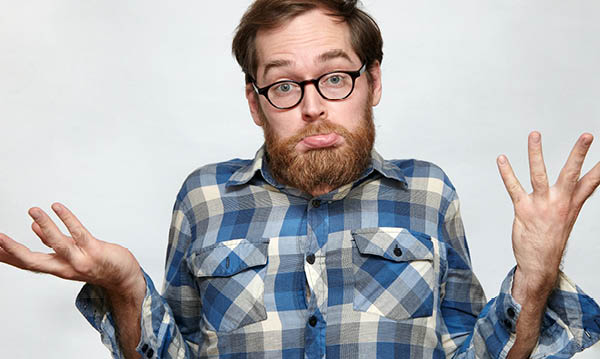 Busy schedules, fear and worry over health exams are among the reasons men tend to see the doctor less often than women.

But this Movember – the annual month inviting men to grow their moustaches to raise awareness of men’s health issues such as prostate cancer, testicular cancer and suicide – it might be time to call them out.

“I think a lot of times, men in particular don’t want to think about themselves having a health issue,” says Dr. Gregory Diorio, D.O., a urologist with the DMC Medical Group. “Especially as they get a little older or if they have friends that are starting to have health issues, they tend to have a ‘keep their head in the sand’ type of attitude and keep themselves busy with work or family activities.”

That can be dangerous, though.

“They’re at that age where they can blink their eyes and five years go by,” he says. “Oftentimes it will take a catastrophic event in their lives to bring them in.”

1. He could miss important screenings

The biggest mistake men and women make is assuming they don’t need to be seen if they’re feeling fine. But those annual physicals count.

“The main reason would be to identify any problems before they become a problem,” Dr. Diorio says. “It’s a chance to identify any health issues in terms of blood pressure, basic cancer screenings, lipid and cholesterol levels and to get a good baseline physical when men are younger; that way, they know if there are any issues that can be addressed as they start to get older.”

“When a man starts to get into his 40s and 50s, he really should have a conversation either with his primary care doctor or his urologist as to whether he should be screened for prostate cancer,” Dr. Diorio says. “It’s a simple test and can help focus screening and treatments in the coming years.”

Early detection is key in cancer treatment, and the same goes for treating problems like uncontrolled blood pressure that may cause no symptoms at all.

“Screening the general population is important to identify those patients who are going to be high risk so we can intervene at an early stage prior to the patient becoming symptomatic,” Dr. Diorio says.

In other cases, men may have symptoms they assume aren’t serious.

“We see that almost every day in the office,” he says. “Patients will come in with some mild symptoms they don’t think are a problem.”

Blood in the urine, for example, requires prompt attention.

“That can very often be a sign of something serious such as a bladder or kidney tumor. These conditions can be curable at an early stage, but at advanced stages are often lethal,” Dr. Diorio says.

Men who have avoided the doctor for years may not have an established relationship with a primary care provider.

“Especially as men get into their 40s and 50s, they need to have a good relationship either with their primary care doctors or with their specialists, in particular when it comes down to things like cancer screening,” Dr. Diorio says. “I think it’s crucial to develop that relationship early.”

Having a positive doctor-patient relationship makes men more likely to open up about their symptoms and concerns.

“The more comfortable the patient is, the more willing they are to talk about their problems,” he says.

To make an appointment with Dr. Diorio, visit DMCMedicalGroup.com where you can book appointments online in minutes.