Newborn Eye Screenings: How Do They Work?

A look at why and how eye doctors check the health and function of an infant's eyes. 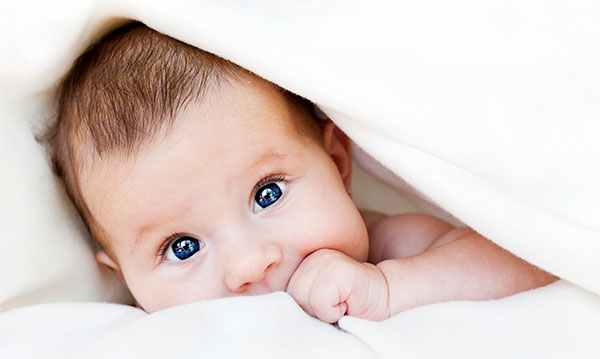 Babies can’t read a chart of letters or tell their parents what’s going on with their eyes if they aren’t working properly. So to ensure that an infant’s eyes are in good health, doctors have a number of ways they screen for issues.

The family pediatrician will check a healthy newborn’s eyes at the first well check and at the well visits following to ensure optimal eye health.

“The things that they’re looking for include abnormalities inside the eye,” using a tool called an ophthalmoscope, explains Dr. Rajesh Rao, a clinical professor of ophthalmology and attending physician at Children’s Hospital of Michigan’s department of ophthalmology. This tool allows doctors to look at the red reflex in the eye using light, which can help detect things like cataracts, retinoblastoma (cancer of the eye) and other abnormalities that may be present at birth or early on.

“In addition to the red reflex, they’re also checking the baby’s vision in terms of how well does the baby follow objects? How well does the baby see?” he says. They’ll have infants follow faces and see how attentive the child is to its surroundings. Babies should be able to “track” objects by 2 months of age.

Your pediatrician will check a baby’s eye alignment, too, to ensure the eyes are straight while tracking and that the eyes aren’t crossing (that typically develops by 3 months old, he notes). A baby’s eyes can vary in his or her alignment for the first few months, wandering and crossing, Rao says.

“But we expect all of that should correct itself by about 4 months of age.”

If it doesn’t, that’s something a pediatric ophthalmologist can look at.

Doctors will also take a look at any external abnormalities on the surface of the eye, or even drooping eyelids, when examining baby’s eyes. “And certainly many of these things – particularly if they’re obvious – would be noticed by a parent as well,” he adds.

“Newborn screenings are a little different for a full-term infant versus a premature infant,” Rao says. For babies born at 32 weeks or earlier, doctors will automatically check for something called retinopathy of prematurity, or ROP, which is an abnormal development of the blood vessels in the eye, he says. Untreated, this condition could cause complete blindness.

For any issues, “the treatment varies depending on the diagnosis,” Rao says. Baby may be fitted for a pair of glasses, which can help with vision and eye crossing. If the vision is weaker in one eye, babies may have to wear an eye patch over their strong eye to force them to exercise their weaker eye. Where as something more extreme like ROP in a premature infant would require laser treatments.

“With most of these conditions, the earlier treatment is started, the better the results for the child,” Rao says.

Discuss any issues with your primary care physician. “The family doctors and pediatricians are very good at diagnosing many of these things,” he says, “so that’s probably the best place to start.” But if your child isn’t due for a well visit soon and you’re concerned, don’t wait to make an appointment.

Rao advises parents to “be confident with their pediatricians and family doctors. They should certainly ask them about any concerns. If they see anything they don’t think is right, don’t ignore it and don’t assume the child is going to outgrow it.”

To make an appointment with the experts at Children’s Hospital of Michigan’s department of ophthalmology, visit childrensdmc.org/pediatric-ophthalmology or call 313-745-KIDS.