Research has found that mothers are more prone to extreme stress and loneliness during this phase. 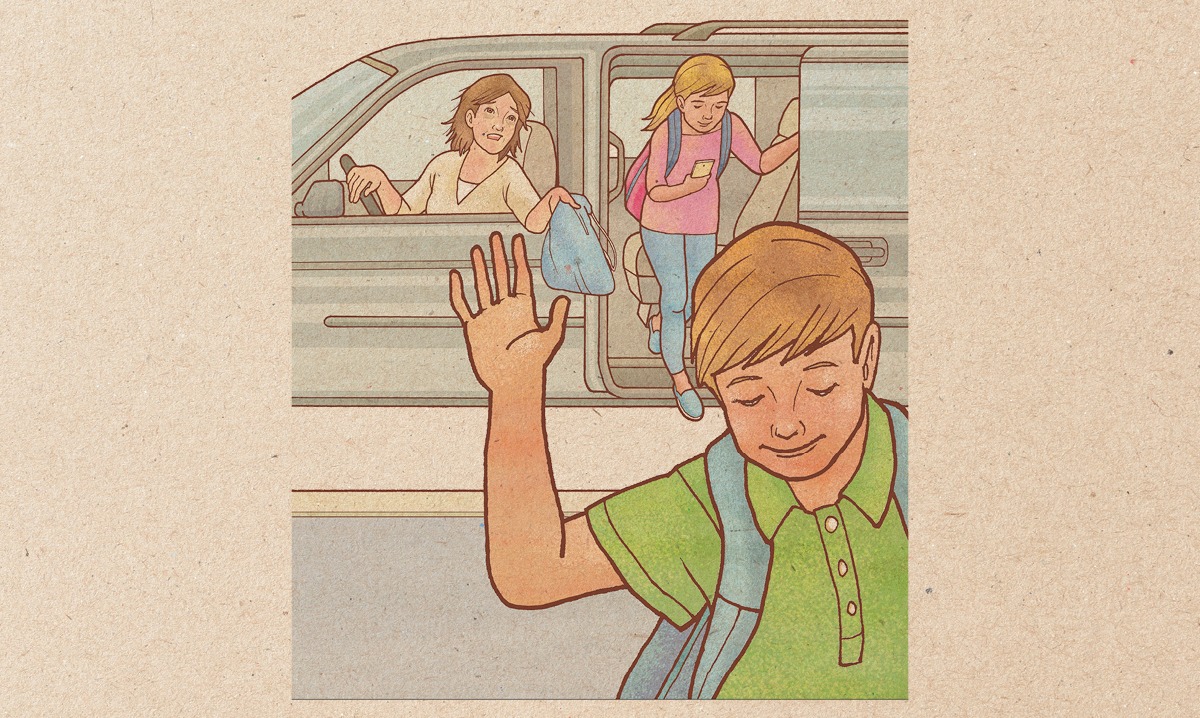 The middle school years are tough – and not just on kids.

Researchers have found that the struggles associated with those notoriously awkward and uncomfortable junior high days aren’t only affecting students, but also mothers.

According to a 2016 study, moms of middle-schoolers were more likely to experience extreme levels of stress, loneliness and emptiness, CNN reported at the time. It’s not necessarily a surprising result, says Dr. Dana Greenhut, Ph.D., a fully licensed psychologist at the Child and Family Solutions Center in Farmington Hills. Consider, for example, the change in support mothers receive as their children age.

“When parents have a new baby there is a lot of support and everyone understands how difficult it is. Mothers in particular are given lots of advice and support and there is a great deal of awareness about depression in new mothers,” Greenhut says. “When people think about middle school there is a lot of focus on how challenging it can be for the child. Everyone remembers their own middle school experience and many would say it was the most difficult period of their growing up years.”

Given those associations, “I don’t think most people have given much thought to the impact that this has on moms and how difficult this adjustment can be,” she says. Moms are expected to have it “all figured out” by the time their kids are in middle school – since “she’s been a mom for over 10 years, after all,” – but any parent knows that figuring everything out isn’t really possible.

“I can’t say that I would have predicted the results of the study but they make a lot of sense to me,” she says. “I think it’s very important and useful information.”

During the middle school years – when children are in their preteens and early teens – kids often experience behavioral changes and “relate differently” to their parents, Greenhut explains.

“Many parents describe feeling distant from their children during this time,” she says. “It can also be hard for parents as they become less involved in the daily events of their children’s lives. Parents are likely getting less social support from other parents because kids are on their own for activities and socializing more often.”

And while moms of younger children often have the chance to socialize with other mothers during parent-tot classes and playgroups, adolescents generally attend “drop-off” parties and sports practices where parents aren’t involved.

“It’s a time that is generally harder for parents to make new friends,” she adds, which could be another reason why moms experience loneliness during these years.

With that in mind, it’s important for mothers to prioritize their mental health as much as possible. Just as they’ll watch their children for signs of distress during the middle school transition, moms should pay attention to how they’re handling their own emotions.

“Mothers should also be aware of their own hormonal changes during this time. Many women are experiencing perimenopause at the age when they are parenting middle-schoolers,” Greenhut says. “I have often suggested that moms of teens and preteens seek out their own therapy to help them navigate this tricky time. I think it is really important for moms and dads to find hobbies, exercise, and do what brings them joy in life.”

And when it comes to supporting your middle-schooler, communication is key. Continue to show your child that you support and love them – “even when they may try to push you away,” Greenhut notes – and stay involved and aware of what’s going on in their lives, checking in on homework regularly and setting limits on technology usage.

If a mother or father (Greenhut says she hopes to see future studies focused on dads’ mental health) does experience feelings of extreme stress or loneliness, don’t be afraid to seek out help.

“If they are questioning symptoms of depression, parents should talk to their doctor, possibly seek therapy and open up to trusted friends and family about their feelings,” Greenhut suggests.

Parents can also look into stress management strategies such as positive self-talk (having a more optimistic internal dialogue), getting regular exercise and adequate sleep, eating healthy foods and spending time with supportive friends and family members.

Beyond that, “hang in there!” Greenhut encourages, as there is light at the end of the tunnel. “The study reports that parents of teenagers are happier than parents of middle schoolers.”