How parents can tell the difference between puberty-related emotional changes and a mental health condition. 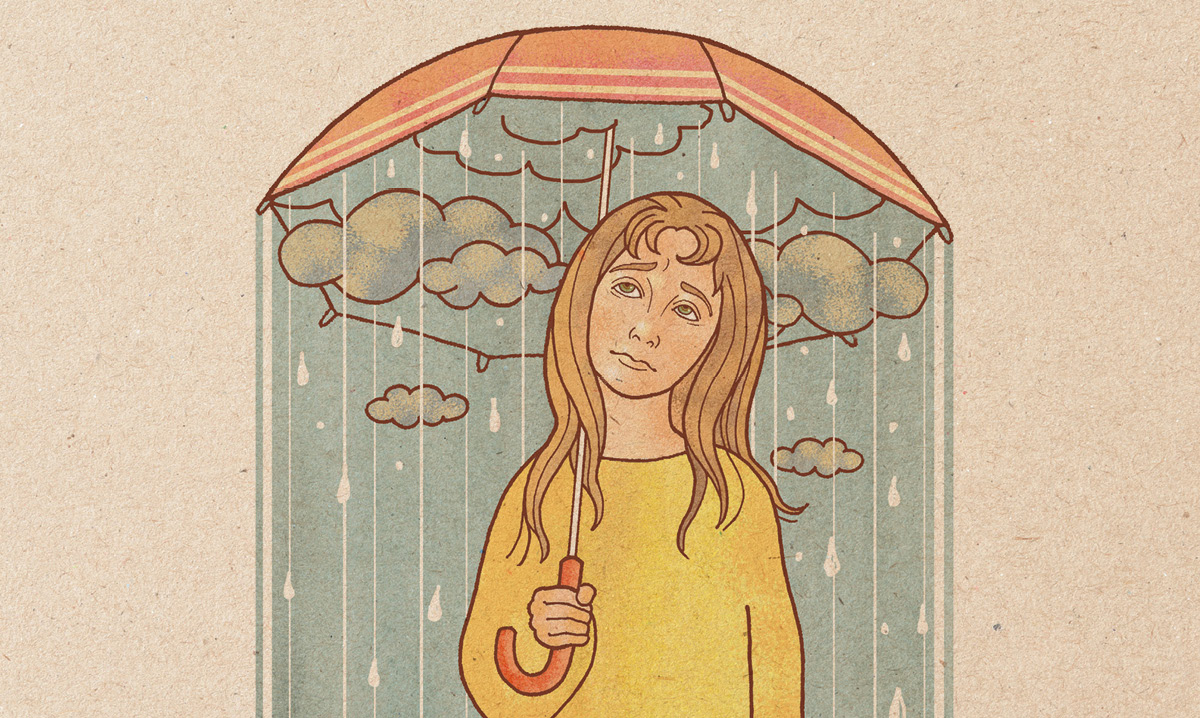 Emotional ups and downs are a well-known part of adolescence. But with so many emotional changes taking place, it can be tough for parents to know what’s normal – and what’s a red flag for a mental health condition.

It’s an issue that comes up for many parents of tweens and teens. According to the U.S. Department of Health & Human Services, 1 in 5 adolescents has had a serious mental health disorder at some point in their life, and half of all mental health problems begin by age 14.

Still, moodiness among young people going through puberty is frequently considered normal – and is even a common source of lighthearted commiserating among parents.

And that’s not a bad thing, she says, since it helps when parents know what to expect from this typically tumultuous stage.

“If your child used to be really even-tempered or affectionate and wanted to spend lots of time with you, this sense that they’re moody and upset, dramatic or having big highs and lows, it can sort of catch parents off guard,” says Warner, herself a parent of two teenagers.

Research into adolescent emotions confirms the ups and downs parents often witness. One study out of the Netherlands, for example, found that mood swings were more common in younger teenagers and tended to even out by age 16 or 17. Anxiety, meanwhile, was highest at the beginning of puberty and again as teens neared adulthood.

While this data fits with what she has seen clinically, each child develops at his or her own rate. Parents who are concerned about their teens’ mood or behavior and suspect a possible mental health condition should consider their risk factors. Bullying, identity issues or a family history of mental health concerns may raise a young person’s risk of experiencing signs of a mental health condition, Warner notes.

Signs of a problem beyond “typical” teen moodiness include a change from the adolescent’s normal routine, changes in eating habits, a lack of desire to participate in family activities or extracurriculars, or “mood swings that are not going away.”

“Look for marked change,” she says. “With kids, a lot of times they’re really happy and then really upset all in the same day. If we’re seeing a pattern of extreme levels of sadness, anger, irritability, heightened affect or lack of sleep, then we know it’s something beyond the normal pendulum swing of emotions, and we’d want to check into that more.”

Other red flags include a teen no longer taking care of him or herself, or talk or thoughts of self-harm or suicide.

“Kids at this stage are going through a process of self-identifying. ‘Who am I, what do I like, where do I belong?'” she says. “It can be hard because kids can be very dramatic in what they say, and they may not be at all serious.”

The most important thing parents can do, however, is keep an open dialogue with their teens.

“Having that open communication is number one. Kids have to feel like we’re really open for them to tell them the truth,” Warner says, adding that parents must be mindful of how to phrase their concern. “If you say, ‘You’re not really that sad, are you?’ we’re giving them the mindset that we don’t want to hear this is a problem. As parents, we have to take a deep breath and be brave and be ready for whatever they might tell us.”

If an adolescent insists she is not suffering a mental health problem but you still have concerns, suggesting a therapist as a neutral third party may help.

“You’re always better off to err on the side of caution,” Warner says. “It’s also important as parents that we model openness with our kids about our own struggles.”

Today’s teens are growing up with a greater understanding that mental health and physical health go hand in hand, Warner says. This increased awareness means more teens are talking about mental health – although not always in a serious way. Tweens and teens may joke about “wanting to die” of embarrassment or being “so depressed” about a test, potentially minimizing the reality of the issues.

“The words that we use to describe mental health concerns are definitely better known and talked about more – and that’s a good thing in general. But it’s also true that kids who are just starting to learn about these concepts are going to use the terms differently than we would use them clinically,” Warner says. “We don’t want to be missing cues, but we also don’t want to be overreacting.”

This is why strong relationships with family members and other trusted people are so important, she says. “Have open lines of communication and make it clear you’re there to listen and not to judge. You want to hear what’s going on.”