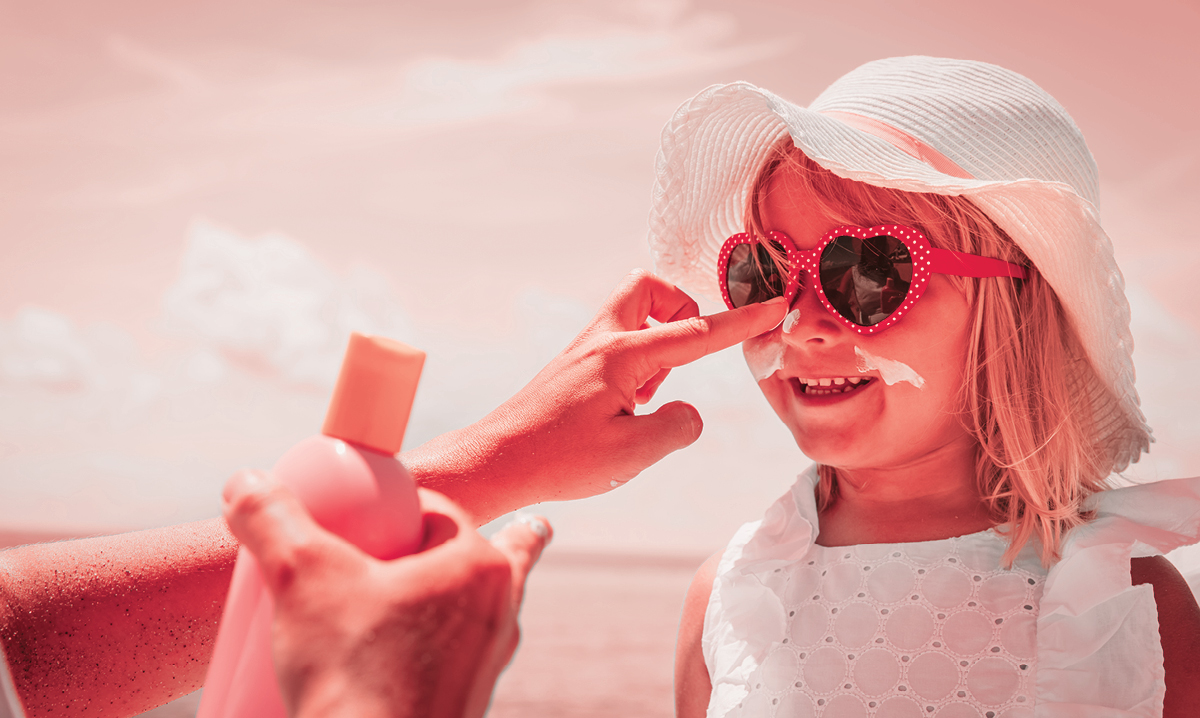 Swimming, summer sports, playing at the local playground – no matter what your children are doing this season, they are spending loads of time outdoors in that summer sun. While summertime is filled with fun, it can also cause some serious issues for your child’s skin – and health – because of the sun.

Families often underestimate the power of the sun, says Dr. Salvatore Ventimiglia, a pediatrician at Shelby Pediatric Associates and Child Lung Center, which has locations in Shelby Township and Troy. Ultraviolet rays, also known as UV rays, come from the light and can seep through clouds, which means that even on those cooler, cloudy days your children are at risk of sunburns.

“Without proper sunscreen, it really can make things worse and when we’re at the pool and at the beach, the reflective light adds to the potential sunburn,” Ventimiglia notes.

This July, in honor of UV Safety Month, Ventimiglia offers some sun-safety advice for families.

According to the American Cancer Society, skin cancer is the most common cancer in the United States, and in most cases it is caused by too much exposure to ultraviolet (UV) rays from the sun and man-made sources like tanning beds.

“A child who gets a severe burn has been shown to be at a higher risk of skin cancer in their life,” Ventimiglia says.

To keep kids protected, parents should apply a cream-based sunscreen that has an SPF of at least 15 to 30. Anything more than that is not needed. “Anything over that isn’t going to get you any longer effects,” he says, particularly because kids will sweat it off anyway.

Babyganics and Blue Lizard are two sunscreen brands that Ventimiglia suggests to patients.

When applying sunscreen, don’t forget to apply it on the ears, tops of feet, back of the neck and hairline – places that people commonly miss.

Wear wide-brimmed hats or baseball caps, too. Kids should wear swim shirts or rash guards that offer additional protection from the sun.

“Around the noon time to about 2 or 3 p.m. are definitely the peak sun hours. The sun is at the highest point and you have the highest intensity of light,” he says.

That is when most families are outside in the sun, so while it’s not realistic to remain indoors, Ventimiglia says to plan breaks, reapply sunscreen and rehydrate often.

Risk of burns aside, heat stroke is another effect of spending too many hours outside in the summer sun. When a child is hot and sweating a lot – and not consuming enough water – he or she could experience heat exhaustion.

If your child has headaches, excessive sweating, pale skin, weakness, dizziness or an elevation in temperature (less than 105 degrees), he or she could be suffering from heat exhaustion.

In order to help bring that temperature down, “go into a cool, air conditioned area,” Ventimiglia suggests. “Keep them hydrated because heat exhaustion is a real thing.”

Give them breaks to cool off, dry off and to hydrate themselves.

“For the kids in sports, we’re really being cognizant that they are being pulled out of play to rest and hydrate” when needed, he says.

Children can cool down and start feeling better if these tips are followed. In some cases, though, heat exhaustion can turn into heat stroke, which involves a fever of 105 degrees or more, seizures and rapid breathing.