Teaching Children to Embrace Their Emotions

Is it OK to cry? A local expert weighs in on why it's necessary for children – and their parents – to express their feelings. 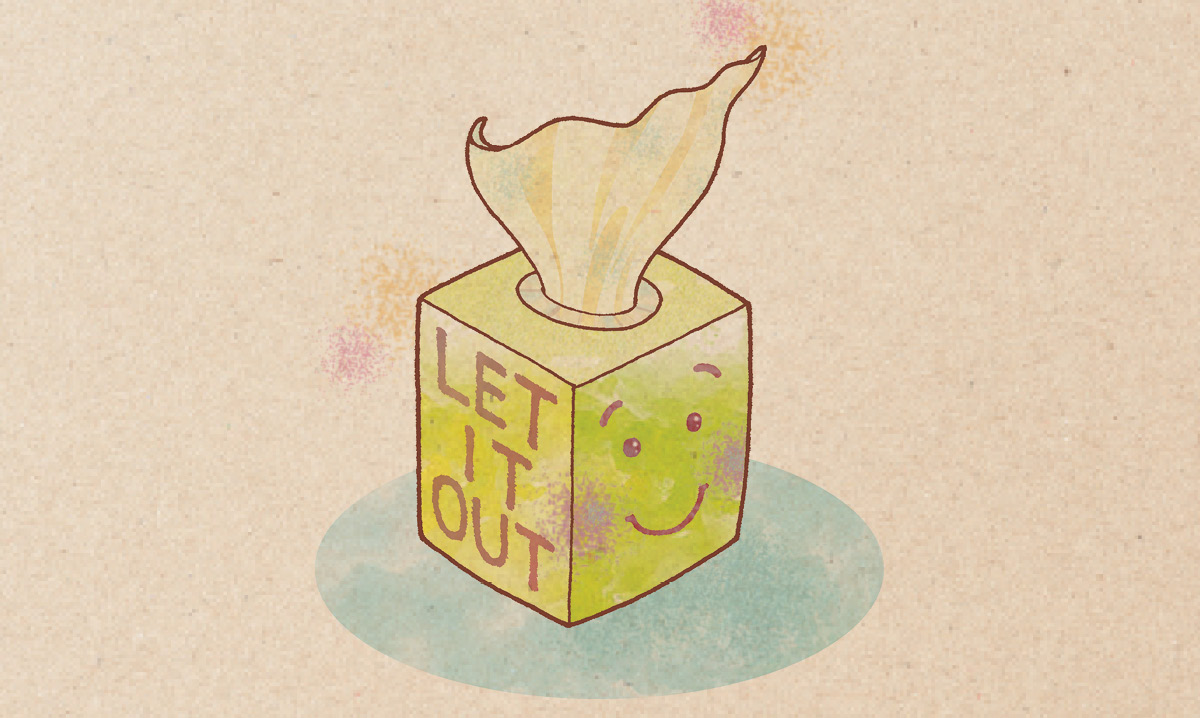 How nice if we only ever experienced joy. But since life is full of ups and downs, there are times we’re likely to feel anger, sadness and frustration. As challenging as these feelings can be for grown-ups, they are more so for children who haven’t learned to handle them.

Which is why it’s important that they do. But how do you teach kids to embrace their feelings? And is it OK to cry?

“It is absolutely OK to cry, and it’s necessary for a parent to verbalize and express a wide range of emotional experiences,” says Reema Beri, Ph.D., a licensed clinical psychologist with Great Lakes Psychology Group in Novi. Kids learn from what we do, “so the way we experience our emotions has a huge impact on how they experience them.”

But how we respond to their emotions is equally important. “There’s a famous relationship expert, John Gottman, who found that parents generally interact with their kids and their kids’ emotions in four different ways,” Beri adds.

Dismissive parents tend to ignore or trivialize feelings; disapproving parents are more likely to judge or criticize emotions rather than support them; laissez-faire parents accept their child’s emotions, “but that’s where it stops. There’s nothing beyond that point,” Beri says.

Then there’s the parent who serves as more of an emotional coach – the most effective of the four types, Beri says. Parents who master emotional coaching “accept all of their kids’ feelings, including the uncomfortable ones.” They also provide empathy, understanding and validation, actions that fuel a child’s problem-solving ability.

There are other bonuses to emotional coaching, Beri adds – kids often have greater emotional intelligence, and better attention spans, grades and relationship skills. Also, their physiological response to stress is stronger, so they are better at self-soothing when feeling troubled.

The other three styles aren’t as successful at producing such favorable results; in fact, they are more likely to cause behavior problems, lower self-esteem and difficulty making friends, Beri says. “So essentially, if we want to raise our kids to be well adjusted children and adults, who live successfully through difficult experiences, these are the building blocks.”

Be aware of your children’s emotions. “We need to be really present when we’re with them, and tuned in to what they are experiencing.”

Help them label what the emotions are. “Young children haven’t learned to identify their emotions yet and that’s a skill, so we need to label their emotions for them. So, for instance: a parent can say, ‘you seem really angry that your brother came and tore down your Lego structure.'”

Empathize and validate. “Allow them to express whatever the feelings are. So if there’s anger or sadness or tears, that’s OK. ‘I understand how you can be so angry that your brother tore down the Legos. I would be pretty angry, too.'”

Guide them through problem-solving. “We can say, ‘I understand you were really angry when your brother came and knocked down your Lego structure, and I would be too. Also, we do not throw Legos in this house. So the next time you are feeling angry, what are some things you can do to help yourself instead of throwing the Legos?'”

With older kids, don’t jump to problem solving right away. Teens want an unconditional listener. “After they know you are just going to listen, then they might ask for problem-solving help.”

Separate the behavior from the emotions. “A lot of times misbehavior can accompany difficult emotions. The part we are disapproving is the behavior, not the children themselves.”

In her practice, Beri often works with families who are in crisis, with parents who wonder: What if the situation is really terrible and there is no problem-solving to be done? Or there is, but I still feel what I feel?

“I like to coach parents that we still have to teach kids about emotions, and I really like the analogy of using a wave. So I’ll tell kids: imagine you are standing in the wave pool, and right now, there is no wave. You know the waves are coming but you don’t know how to handle the waves. You could turn around and pretend they aren’t coming, but there’s another one there, and another and another. Or you could fight your way through but that just gets exhausting.

“What we want to do is ride the wave, right? That is our option and the one that makes the most sense. And so just like waves, emotions start small, then they increase, and then they peak. But the best part is, at least with the difficult ones, is that they go away, too; they recede, they don’t last forever. So if we can teach kids that that’s what emotions are, that they are like waves, they come, we have to deal with them, that they are going to increase and get to a really intense point, but then they are going to go down, then we can teach them to tolerate the emotions they are experiencing.”